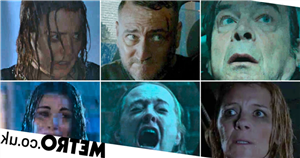 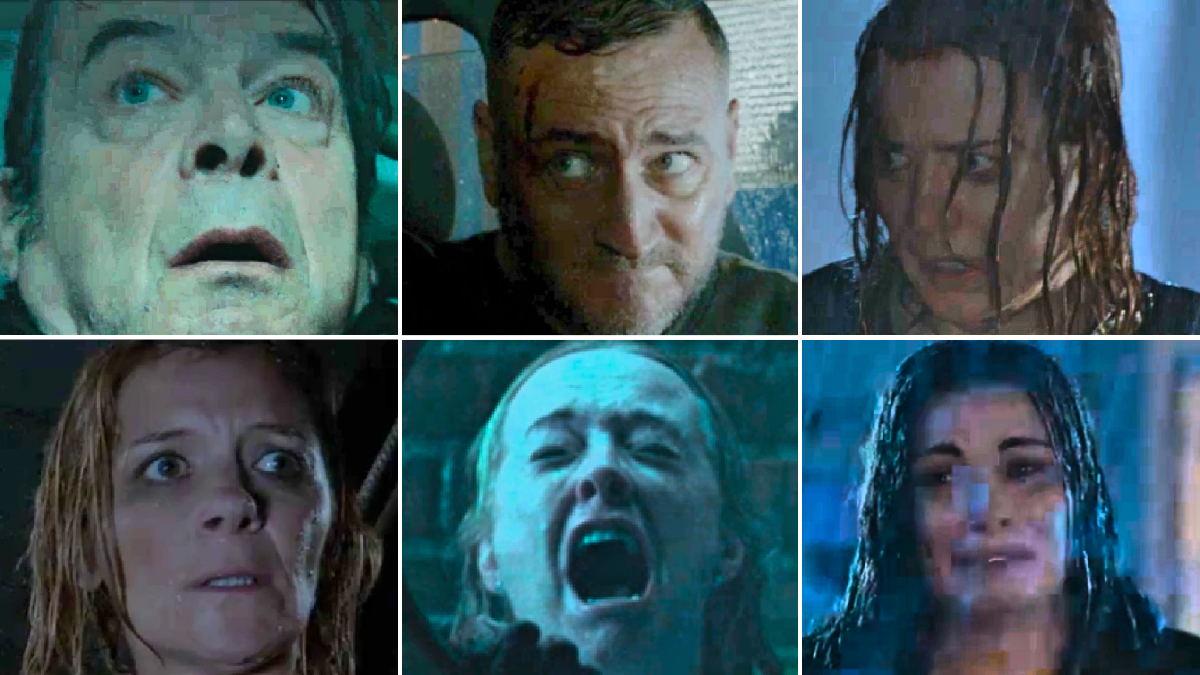 Coronation Street’s epic stunt week culminated with two action-packed and yet incredibly character-driven outings, which we imagine left audiences in flood of tears.

Definitely not us though, we’re not still crying. We promise.

Picking up from where the previous episode left off, Friday’s (October 22) two editions of the ITV soap saw Harvey Gaskell (Will Mellor) return to the cobbles in pursuit of revenge, and – in what can only be described as jaw-dropping scenes – deadly consequences ensued.

Johnny Connor (Richard Hawley), meanwhile, sacrificed himself to save Jenny (Sally Ann Matthews) in a heartbreaking twist, while the legend that is Shona Platt (Julia Goulding) put herself in harm’s way to rescue her fellow neighbours.

It’s fair to say that there was A LOT to digest in this one, and we’re not quite sure where to even start.

The aftermath will no doubt be delicious, that’s for sure, given the extent of the damage – emotional and otherwise. But before all that, we’re taking a closer look at Corrie’s Super Soap Week’s final instalments.

And here’s what we found out!

‘Harvey’s not be The Terminator’

We’re not saying that Leanne Battersby is a liar, but we’re not quite sure we believe her claims that Harvey isn’t The Terminator.

What’s more, since his escape he has stalked and tracked Leanne like prey – having targeted her for, well, termination.

See where we’re going with this?

I mean, are we one hundred percent sure he’s not a killing machine sent from the future? Have we ever seen Harvey and Arnie in the same room? That would be a no. But we guess the real test will be seeing if he’ll be back?

We’ll see ourselves out.

Johnny Connor is the saviour

Harvey’s inability to die may have left us unsure about whether or not he’s a murderous robot, but one thing we are certain of is that Johnny Connor is a hero and a saviour, after he successfully rescued Jenny from a deadly fate.

In a rather ironic twist, the former landlord of the Rovers shares his moniker with that of the hero of the The Terminator franchise, who – for those of you familiar the films – is the leader of the resistance, who unites mankind in the war against the machines.

While there may have been no killer androids in the sewers of Weatherfield, Corrie’s Johnny certainly lived up to his Hollywood namesake, as he did everything he could to rescue the love of his life and get her to safety.

And he succeeeded, before ultimately lost his own life in the process.

Will Roy face repercussions for lying to the police?

Roy Cropper had quite the moral dilemma on his hands in the wake of Abi Franklin’s attempt on Corey Brent’s life, when the police wanted to question him in relation to the incident.

The cafe owner, as he made clear in Wednesday’s (October 20) instalments, doesn’t lie. Ever. It’s kind of a rule that he lives by.

In spite of this, however, he ultimately broke his own rules in order to save Abi from more heartache, as he told DS Abney that he never saw the grieving mum in possession of a firearm.

Abi was grateful, but the question now is: will Roy’s actions come back to haunt him? Or has he effectively saved Abi from a life behind bars?

Where is Abi’s letter?

With Roy’s statement having backed up her own, Abi was released pending further investigation. She promised Roy that he would not regret his decision, and that she would rebuild her life from this moment forward.

The first step in doing so was to remove any trace of her murderous actions, as she returned to her home to get rid of the letter she’d wrote for Kev.

You can therefore imagine her shock when she entered the house to find the letter was missing! But where has it gone? And has it been read by someone?

If so, Abi could be in a whole world of danger!

Justice for Seb, at last?

Abi headed out to the back to search through the bins, hoping to find the missing letter. Her efforts proved fruitless, and as she left with Kevin, the camera panned across to reveal a homeless man sitting on the pavement nearby.

The man in question is Stu, who was last seen in Speed Daal several weeks ago. But what was the significance of this scene, you ask? Well, it appears as if he’s in possession of a Weatherfield County backpack.

Yes, it appears to be the very same backpack that Corey disposed of on the night of Seb Franklin’s murder. Next week, Asha Alahan will spot the bag, and proceeds to question Stu about it.

Could this be what Abi needs to prove Corey’s guilt?

Will Aadi be able to forgive Dev for leaving him to die?

Aadi regained consciousness in the hospital, and subsequently told Summer Spellman all about what transpired, revealing that Dev was worried about Asha more than he was about him.

Will Aadi be able to forgive his dad?

Dev, meanwhile, was clearly struggling with the guilt of not helping his son prior to the explosion.

But will he be able to forgive himself?

Will Natasha pull through?

As noted earlier, Harvey returned to the cobbles in pursuit of revenge, but little did he expect the ground to, quite literally, swallow him up!

The killer, however, was not giving up, and his little trip down the sewers proved to work in his favour, as he found himself in possession of Abi’s gun, which he brought with him when he returned to the street.

This time, he headed straight for Victoria Court, hoping to get his hands on Leanne before she evaded him once again. Breaking into the flat, he fired a shot at what he thought was Leanne.

But in a tragic twist, it turned out that it was actually Natasha Blakeman, who was wearing the same Halloween costume!

Nick called for an ambulance, which subsequently took Natasha to the hospital. But will she pull through?

Corrie has been utilising it’s lengthier – and let’s be honest, better – theme tune on the closing credits throughout it’s special stunt week episodes, but tonight’s featured a more melancholic version that was previously used in days gone by, prior to the 2010 edition.

It closed out the epic week beautifully, and complemented the tone of the final scenes incredibly well, allowing us the opportunity to reflect on the heartbreaking events we just witnessed.

We don’t know about you, but we’d much prefer if this version was restored as the ITV serial drama’s theme on a permanent basis.