From the original Star Trek to the recent Netflix show Discovery, there have been big moments and even bigger plot points trotted out a weekly basis for fifty or so years now.

So it’s maybe not that surprising, given the longevity of the series, that some of the canon has been changed, rewritten or just plain dumped.

Prepare to set faces to stunned as we take a look at seven times in the Star Trek franchise when rather big plot points were boldly dropped.

Classic Trekkies will know that it was established in the original series that the Romulan race were the first to perfect cloaking technology. In 1966’s ‘Balance of Terror’, the Enterprise crew encounter a Romulan Bird-of-Prey performing the now-familiar disappearing trick and it’s clearly the first time they’ve seen it.

But the Star Trek: Enterprise episode ‘Minefield’ – set 100 years before the original series with Captain Kirk and co – demonstrated that Romulans had cloaking technology and that Captain Archer and his crew witnessed it.

It’s also a fact repeated in both the series and films that Klingons weren’t able to cloak until after the Romulans. Yet, in Star Trek: Discovery (which is also set before the events of the original series) fans witnessed cloaking technology used by the Klingons!

2. ‘Pon farr’ for is for females too. Eventually.

If you’re not familiar with “pon farr” then let us explain – this is the period that all Vulcan males go through in which they lose control of their emotions. (You may remember Spock, half-Vulcan himself, was not exactly a passionate sort of guy.)

At the end of this period, they would have to mate or they would die. Harsh, yes. But worth it for some Vulcan ♫bow-chikka bow-wow♫.

In the classic series ep ‘Amok Time’, we discover all about this phenomenon and the fact that only Vulcan males go through pon farr. ONLY males, got it?

In ‘Encounter at Farpoint’, the opening episode of Star Trek: The Next Generation, Deanna Troi (played by Marina Sirtis) was seen telepathically communicating with her buddy Riker.

She’s half-Betazoid, a race with telepathic abilities, but after this debut her talent isn’t really displayed again other than to communicate with her mother.

Troi’s telepathy is demoted, if you will, to empathy mainly because, we imagine, having a telepath onboard for every story could cause problems – ie no secrets or hidden agendas, ever. 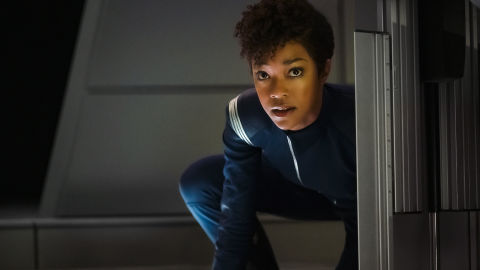 Upon discovering the USS Defiant adrift in space after a rather bloody mutiny had taken place, Spock categorically states that there’s “absolutely no record” of a mutiny having taken place beforehand on a Federation ship.

You got that, absolutely NO record. And Spock should know, he’s got knowledge.

But what does Star Trek: Discovery have to say on the matter?

The most recent outing in the franchise, set a decade before the events of the classic Star Trek series features mutiny conducted by the show’s lead Michael Burnham (Sonequa Martin-Green) aboard the USS Shenzhou. 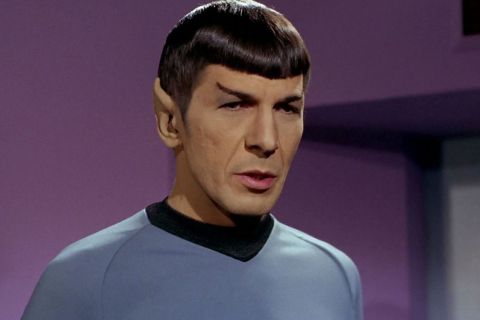 As we’re sure you all know, Vulcan blood is green due to being copper-based. Humans, as some experts may inform you, is red, as a result of being iron-based.

Now we won’t go into the problematic issues regarding the two very different biological races getting together and producing offspring (it is science-fiction after all). Star Trek: Enterprise did go some way to addressing the issue and we learn that Spock was one of the first successful human / Vulcan hybrids.

If we dial back to the ’60s to ‘Where No Man Has Gone Before’ (one of the show’s first eps), Spock states: “One of my ancestors married a human female.” Very shortly after, barely weeks later in ‘The Naked Time’, Leonard Nimoy’s First Officer tells Kirk that his mother was human.

(And we won’t even talk about his adopted sister Michael Burnham – that was never previously mentioned until Star Trek: Discovery.) 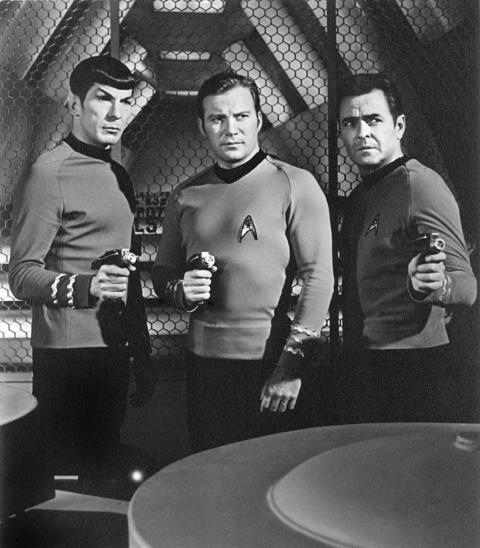 Enterprise engineer Montgomery ‘Scotty’ Scott sees his captain die at the start of the 1994 movie (as it turned out, Kirk had actually entered into an extra-dimensional realm known as the Nexus). This took place before the events of The Next Generation series. Nice and simple.

In TNG episode ‘Relics’, Scotty is found by Captain Picard and the new Enterprise crew. The classic series character had put himself in stasis, escaping a nasty scrape. Upon being found, the Scottish engineer assumes Captain Kirk was responsible for being rescued (“I bet Jim Kirk himself hauled the old girl out of mothballs to come looking for me!”) to which Scotty discovers he’d been frozen for over 75 years.

So just why does Scotty think Kirk is still alive when he saw him die? 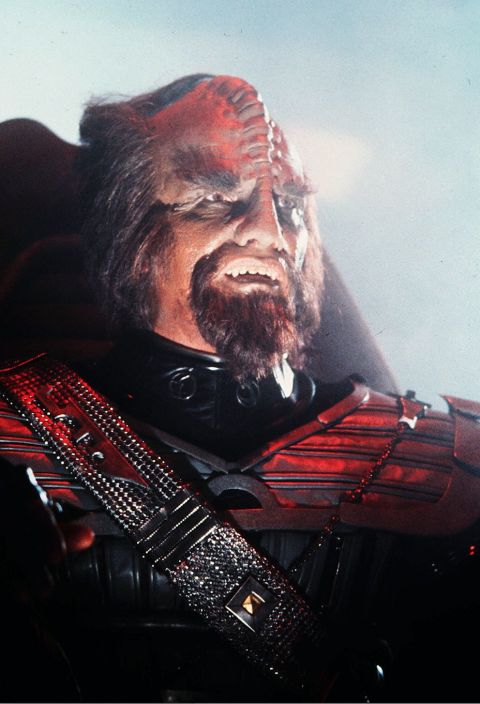 Klingons believe that capture is worse than death.

According to Star Trek lore, “A true warrior fights to the death and would rather be killed than taken hostage — an act which brings dishonour on himself and his family for three generations.”

The Next Generation season six two-parter ‘Birthright’ sees an exploration of this adage but it’s mysteriously forgotten about in other episodes. Take earlier story ‘Redemption’ where Worf was captured – yet he doesn’t kill himself to avoid being a prisoner and there’s also no dishonour for his son Alexander Rozhenko.

Star Trek: Discovery has recently revisited the trope when Burnham attempted to capture T’Kuvma as a way to ending a conflict before it began.