The TV finale is a delicate object. Hit the right note and everyone goes home happy. Get it wrong and the fans will come for you. After committing to a series and investing emotionally in its characters and conspiracies, you want answers to the big questions and a sense of closure.

But what about the shows that have had more than one ending?

How can something possibly end twice? Trust us, it has happened, and on more than on occasion.

From fan petitions to logistical complications, these are the shows that have technically had two finales, and the reasons why. 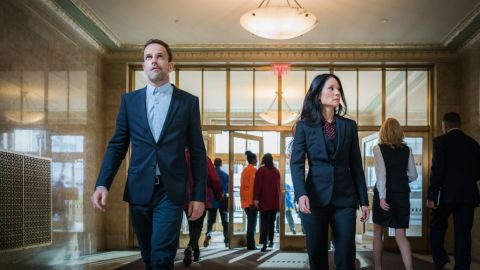 When Elementary wrapped up its sixth season, we watched as Sherlock Holmes (Jonny Lee Miller) falsely confessed to the murder of Michael Rowan (Desmond Harrington) so that he could protect Dr Joan Watson (Lucy Liu). Watson had been identified as the prime suspect, despite the fact that Hannah Gregson (Liza J Bennett) was the culprit.

Instead of going to jail, the detective made a deal to leave the United States and move back to London.

But murder aside, one of the most engaging aspects of the episode is when Sherlock tells Joan that he loves her, something that the people behind the show didn’t actually have in mind from the beginning.

Showrunner Rob Doherty recently revealed that CBS initially gave Elementary ‘s sixth season13 episodes, before extending its run to 21: “We got to a point, schedule-wise, where we couldn’t wait for an order for more, and just had to assume [episode] 13 was the end of the season, and potentially the end of the series.”

Had they known they were going to be given another eight episodes to play with, the action would have unfolded differently. “So as we’re approaching what we think is truly the end, we didn’t want to focus on Michael. We wanted to focus on Sherlock and Joan,” Rob added.

“We wanted their livelihood and their partnership at stake. Taking Michael off the board when we did cleared a path to tell a story that, if it really was the end of the show, would feel like a proper wrap-up for everybody.“ 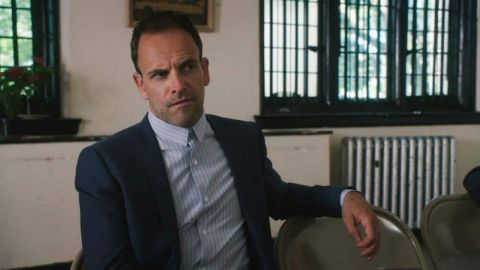 And that explains why it was a case of now or never for Sherlock’s confessional: “I had to assume this was the end for the series. So I thought it was time for Sherlock to stop beating around the bushes and let the subtext be the text for once.

“When you look at any of our seasons, what you see or feel between them is love. I think that’s the way it is for all Watsons and Holmes.”

Elementary has been renewed for a seventh and final season. Very little has been confirmed about what we can expect, but Doherty has revealed that some of the action will be taking place in Britain – we should think so, too.

Here’s everything else you need to know about the show’s final chapter. 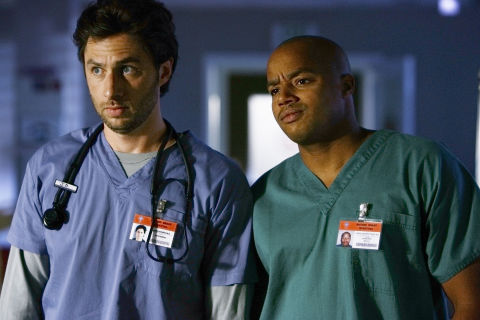 Scrubs is a prime example of a show becoming a victim of its own success, carrying on when it definitely shouldn’t have.

Despite drawing to a close after season nine, creator Bill Lawrence admitted that “season eight was the end of Scrubs and it still is, in my head”.

Speaking to TV.com, Lawrence was adamant that the series should have turned the lights off for good after JD leaves Sacred Heart for the final time: “That was without a doubt a series finale and we all thought the show was over… Scrubs was over.”

And it definitely would have made perfect sense – the season eight finale is titled ‘My Finale’ and handles what should have been the Scrubs finale with the love and care it deserved – JD walks through the halls of the hospital where he cut his teeth as a doctor and forged friendships for life, greeting friends old and new through a series of flashbacks, before hopping into his car and driving off to the next chapter of his life.

During the discussions about a ninth season, Lawrence suggested changing the name to Scrubs Med (ABC refused) to acknowledge the key narrative differences – Sacred Heart makes way for Winston University and the OG cast undergoes a major overhaul, JD (Zach Braff) is only a main cast member for six episodes, and The Janitor (Neil Flynn), Bob Kelso (Ken Jenkins) and Elliot Reid (Sarah Chalke) only feature as guest stars. Judy Reyes, who plays Carla, chose not to take part because she wanted to remain a series regular, and that wasn’t on the table.

Know when to quit, guys. 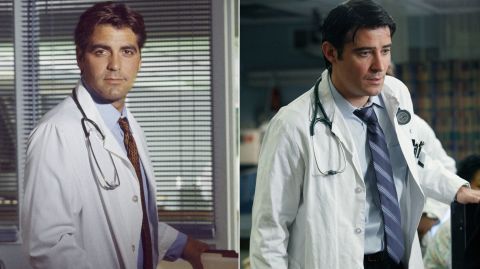 Season 14 of ER was supposed to be the last. We see the return of Dr Moretti (Stanley Tucci), who wants to make amends after destroying Abby (Maura Tierney) and Luka’s (Goran Visnjic) marriage. Steve Buscemi also pops up as a drunk patient whose actions put everyone at County in danger, and there is Greg (Mekhi Phifer), still determined to pursue his dreams of becoming Chief of the ER, and Tony (John Stamos), who is worried about his future with Sam (Linda Cardellini).

But apparently, the 2007-08 Writers Guild of America strike slashed the episode count so much that NBC decided to bring the show back for a fifteenth and final season to give the fans a proper finale.

The actual finale ‘And in the End…’ welcomed back some big names for our final visit to County General – Eriq La Salle, Thandie Newton and Noah Wyle.

George Clooney, however, was clearly washing his hair. 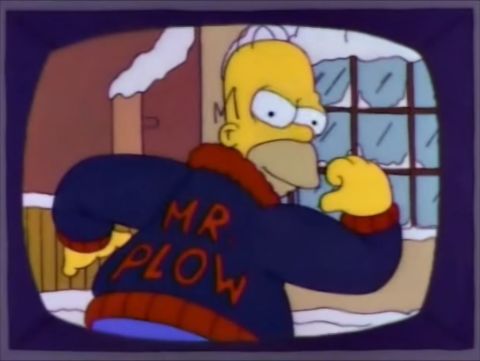 Matt Groening’s animated sitcom is the longest running scripted TV show of all time. Give yourself a moment to mull that one over.

641 episodes have been broadcast since its debut on December 17, 1989 – a whopping 30 seasons. But it was actually season 23, episode 9 – ‘Holidays of Future Passed’ – which was written as a potential series finale.

Set during a Christmas 30 years in the future, Bart and Lisa are parents, bringing their own kids to Homer and Marge’s house, and Maggie is pregnant, travelling to visit her family before going into labour.

Long before the episode’s air date, contract negotiations were taking place and it was reported that Fox was asking certain lead actors to take a 45% cut from their annual salaries. It looked like neither party was going to budge and because of that, The Simpsons would end there, which wouldn’t have been a total disaster – yes, we would have significantly less Simpsons to watch, but many people think that it is one of the best ever episodes, balancing emotional maturity with humour.

A solid place to stop, if it had come to that. 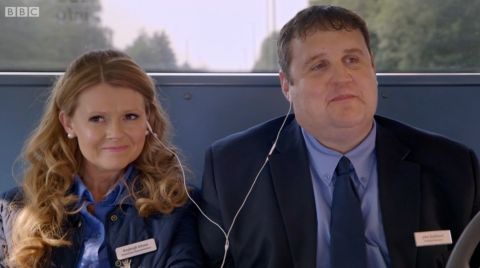 Bolton-born comedian Peter Kay had enjoyed mammoth success with his stand-up arena tours and a number of TV series including Phoenix Nights and Max and Paddy’s Road to Nowhere, as well as appearing in the likes of Coronation Street and Doctor Who. Basically, he was everywhere. Then he took a few years off.

Peter Kay’s Car Share, which aired in 2015, really put him back on the map. The show itself does exactly what it says on the tin: supermarket assistant manager John Redmond (Peter Kay) and promotions rep Kayleigh Kitson (Sian Gibson) are thrown together in a company car-pool scheme, and we get to watch their daily commute.

Fans were devastated when it was revealed that the show would wrap up after just two series, with the original finale seeing Kayleigh walk away from John after she bravely professes her love for him, but he doesn’t reveal how he feels.

More than 100,000 people signed a petition demanding another finale, and in the end they got one.

Fans were given a standalone, entirely improvised special, as well as ‘The Finale’, where John finally let Kayleigh into his heart as the pair held hands on the bus. 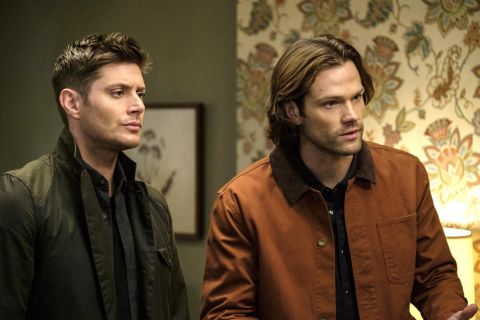 But according to Misha Collins, who plays Castiel, an angel of the Lord, the show was supposed to end after the fifth season, which see Sam and Dean on the run from Heaven and Hell.

Speaking to TV Line, Collins said that he was “stunned that the show has been going as long as it has”, admitting that after he joined the cast, he thought “this is probably somewhere near the end of the show”.

Mark Sheppard, who plays the demon Crowley, also confirmed that Supernatural wasn’t supposed to continue after that.

“Originally five was going to be the end of it,” added Collins. “The story arc was designed to end at Season 5. Now, here we are…”

How different things could have been.

Next post Angela Bassett Sad to Be Left Out of ‘AHS: Apocalypse’: ‘Where’s Marie Laveau?’