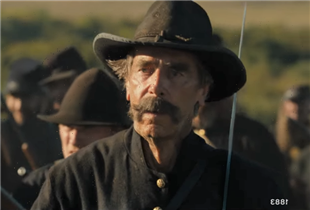 1883 apparently is a very good year for Paramount+.

The streaming service announced on Tuesday that the Yellowstone prequel’s Sunday premiere set a record as its “most watched original series premiere ever,” including back when Paramount+ was known as CBS All Access.

Paramount+ noted that 1883 debuted to “more than double” the previous record, though it declined to specify which Paramount+/CBS All Access series previously held the title. Also, no numbers of any kind were detailed. (But a superlative is a superlative.)

In addition to its streaming numbers, 1883 also delivered 4.9 million total viewers via a special linear airing on Paramount Network, following the Dec. 19 episode of Yellowstone.

TVLine readers gave the premiere episode an average grade of “B+”; read our recap.

“The results of 1883’s debut are truly phenomenal,” ViacomCBS Streaming programming chief Tanya Giles said in a statement. “The Day 1 streaming numbers coupled with the results of the linear sampling effort, and social response from our audience show the tremendous promise for this series. We look forward to continuing on this epic journey with our subscribers.”

Want scoop on 1883, or for any other show? Email [email protected] and your question may be answered via Matt’s Inside Line.</strong