Since first airing in 2011, Teen Mom 2 stars have had their fair share of ups and downs as they’ve struggled to raise children at such a young age.

By allowing cameras into their lives to document every step of the way, the cast has invited criticism from fans over their actions.

Despite several mistakes and questionable decisions through the years, we’ve put together a list of times when Teen Mom 2 stars have proven they were great parents or at least times when they made a good parenting decision. 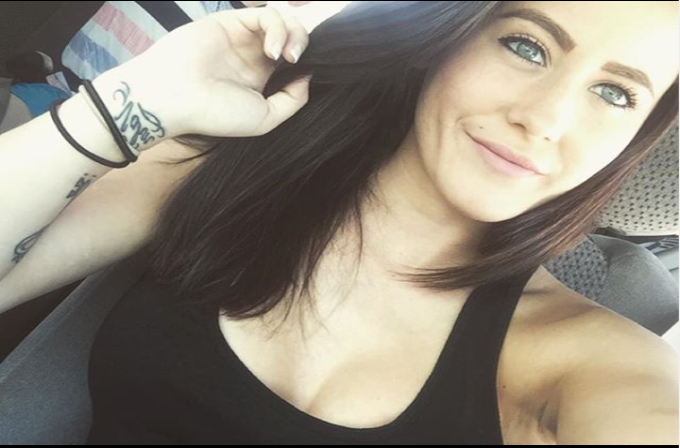 When we were first introduced to Teen Mom 2 star Jenelle Evans back in 2010, she was partying regularly and relying on her mother, Barbara to take care of her son, Jace.  Jenelle was arrested for alleged possession of drug paraphernalia and was sentenced to 12 months probation while being required to submit monthly drug tests.

After finally having enough of her daughter’s poor choices, Barbara decided to kick Jenelle out of the house to teach her a lesson.

Upon returning home, Jenelle realized she couldn’t take care of Jace on her own as she wasn’t able to take care of herself.  She made the responsible decision to give Barbara custody of Jace in an effort to give her son the best life possible.

9. Leah wishes she could trade places with Ali 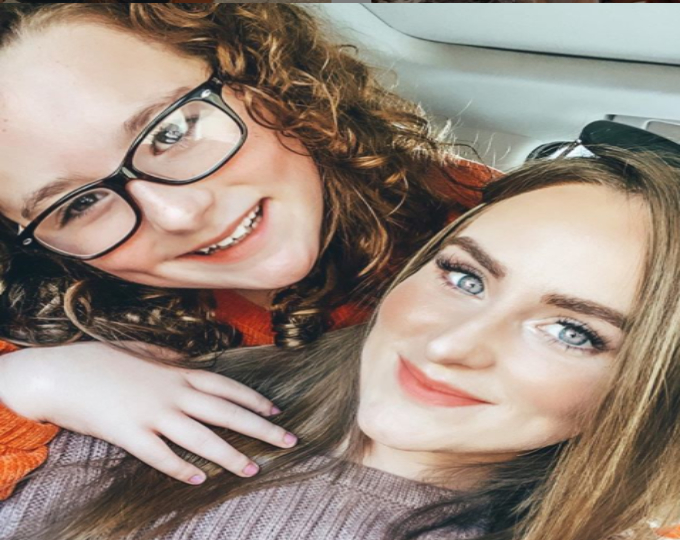 Throughout the seasons, Leah can be seen driving her daughter to various doctors appointments and doing everything she can to support her.  As Ali grows older, the obstacles she must overcome are more evident.

In a recent Twitter post, Leah opened up about a conversation she had with Ali while doing her hair.  Leah wrote, “She looks at me and says, ‘Mom, what’s it like to see with two eyes?’…everyday I wish I could take her place but I know there’s a greater purpose!”

Despite the challenges her daughter has faced, Leah never fails to do everything in her power to provide a good life for her.

8. Kail goes to graduate school and puts degree to good use 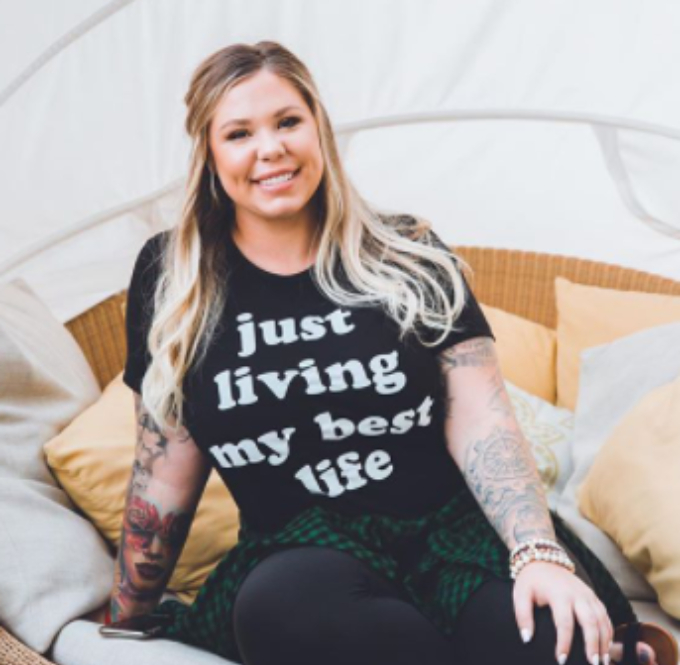 In 2017, Kail Lowry graduated from Delaware State University with a Bachelor of Arts in mass communications.  The degree took her six years to complete, but she was determined to put it to good use.

Kail is now a New York Time’s Best Selling Author after writing A Letter of Love, Hustle and Heart, Pride Over Pity, and Love is Bubblegum.

Despite taking heat from fans over the years for the number of partners she has had, Kail continues to prove time and time again that her kids are her number one priority.

By putting her degree to use, she is able to provide for her children and give them the life they deserve. 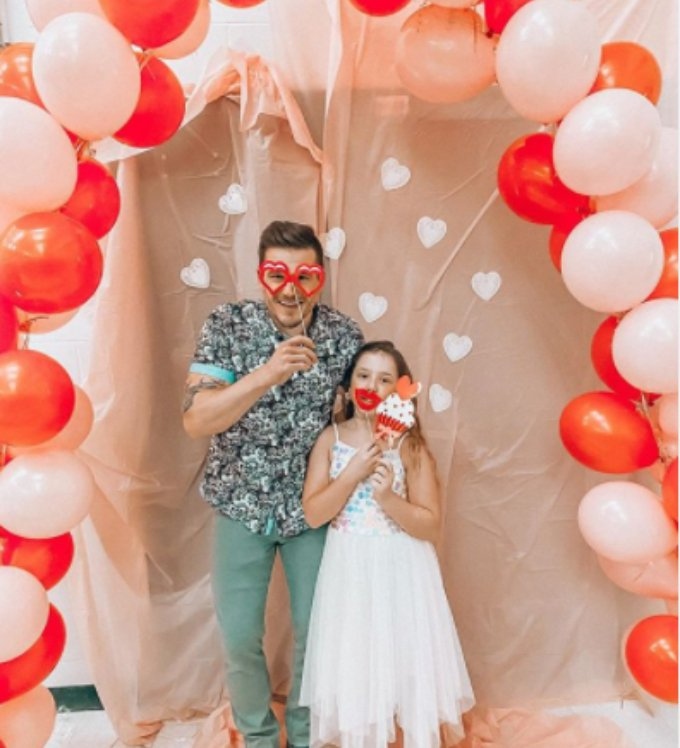 Year after year, Aubree is disappointed when biological father Adam Lind fails to show up for her school’s annual father-daughter dance.

Thank God for great stepfathers like Cole DeBoer, who has stepped in to save the day on more than one occasion, now turning the event into a yearly tradition.

In a recent episode of Teen Mom, Cole is seen picking up Aubree from school the day of the father daughter dance. Cole says to Aubree, “Are you ready to boogie tonight or what?”

Cole then pulled up to a nail salon and surprised Aubree with a manicure before the big night, melting the hearts of fans.

While Aubree may not be Cole’s biological child, he has gone above and beyond to step up as a father figure, proving that you don’t have to be blood to be a good dad.

6. Jade finds a new home for her and daughter 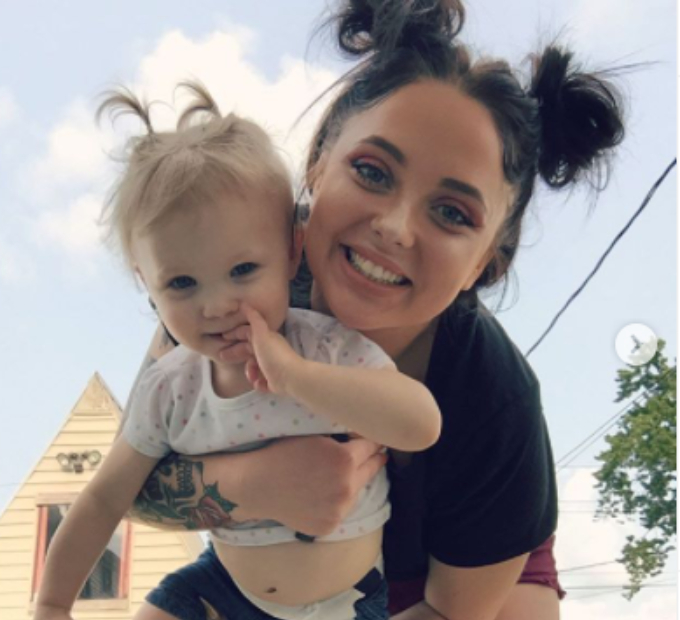 Jade Cline has had many ups and downs with boyfriend, Sean Austin.  The couple has a two year old daughter, Kloie and recently adopted a puppy.

While things seem to be going fairly well at the moment, the pair have a bit of a rocky past.

Back in 2019, Sean was battling an alleged drug addiction.  When Jade caught word that Sean had allegedly cheated on her, she decided enough was enough.  She promptly did what she needed to keep her and her daughter safe, and moved out of their shared home.

Jade may not always make the right decisions, but in this instance she did what any good mother would do, and removed her daughter from a toxic and potentially unsafe home environment. 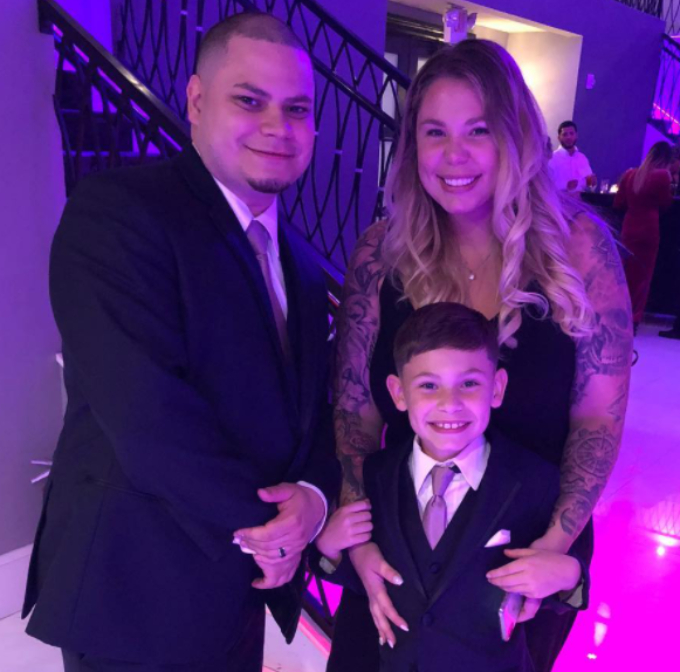 While some may think going to an ex’s wedding is a big mistake, Kail Lowry felt otherwise.  Kail attended the wedding of ex Joe Rivera and Vee Torres and had nothing but nice things to say about her son, Isaac’s new stepmom.

In a post on social media, Kail wrote, “I couldn’t ask for a better stepmom for Isaac.”

By putting in the effort to support her ex and father of her child, Kail set a great example as a role model for her son.

Her decision to attend not only shows Isaac that his parents will always be there for one another but that he can always count on them to put their differences aside and do what’s best for him. 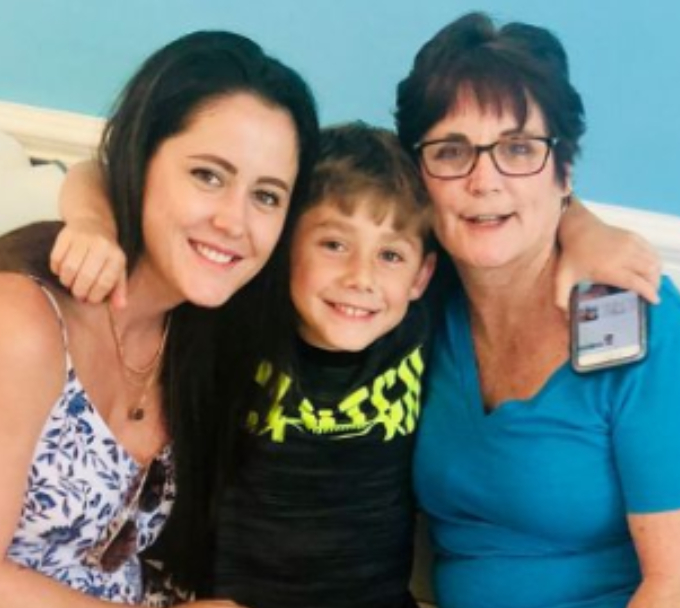 Despite giving custody of son, Jace to her mother, Barbara back in 2011, Jenelle has been feuding off and on with her mother for several years.  The mother-daughter duo is constantly making headlines for their newest disagreements and arguments.

In 2018, after a particularly long period of chaos, Jenelle decided to put her differences with Barbara aside for the sake of her son.

In a post on Instagram, Jenelle captioned pictures from a family ice cream outing with the words “Whatever makes him happy.”

One picture in particular showed Jace beaming from ear to ear with his arms around his mother and grandmother.

The decision to make amends was an excellent parenting move by Janelle and provided Jace with a stable support system and a happy family memory.

3. Chelsea defends Aubree’s decision not to go to her grandparents 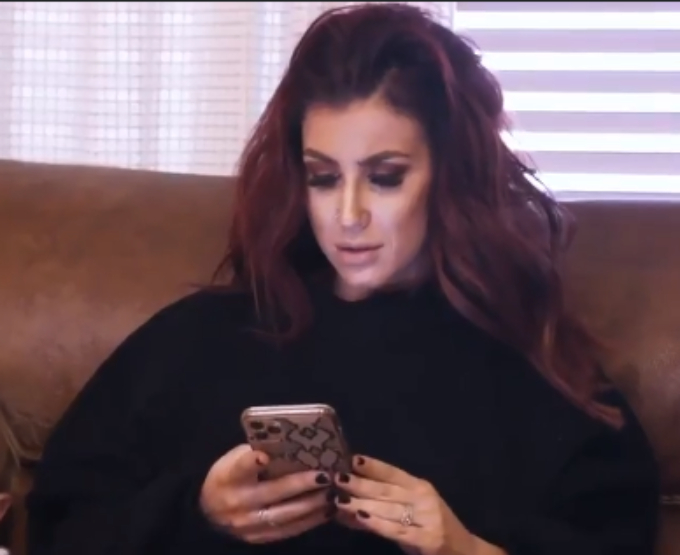 In a recent episode of Teen Mom 2, Chelsea DeBoer became stressed when her daughter, Aubree announced that she did not want to go visit Grandma Donna, mother to Aubree’s biological father, Adam Lind.

On the episode, Chelsea says to husband, Cole, “I think this is the first time she’s said she doesn’t wanna go.”

. Despite being put in an uncomfortable position, Chelsea reached out to Grandma Donna to tell her Aubree’s wishes to stay home for the weekend.  Chelsea and Grandma Donna haven’t always gotten along in the past, so Chelsea wasn’t sure how she would react, but that didn’t stop her from supporting her daughter.

Chelsea showed Aubree that no matter the circumstances, her mother will always be there to support her and her feelings. 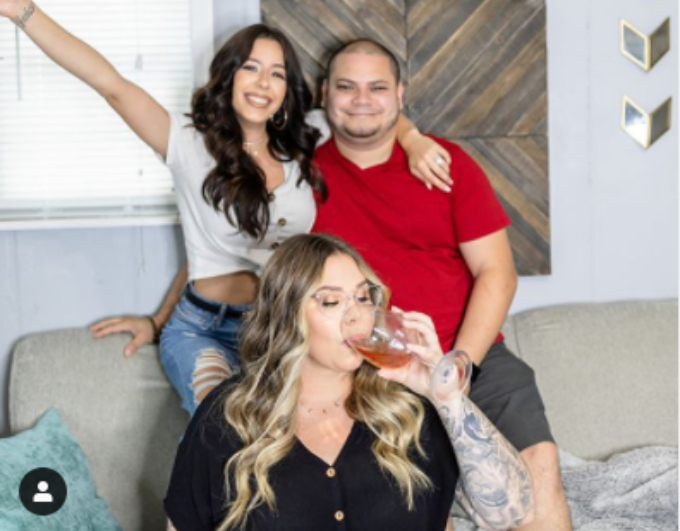 The Instagram bio for the podcast states, “co-parenting is not a competition, it’s a collaboration!”

From attending Jo and Vee’s wedding, to now teaming up for a podcast, Kail is going out of her way to show her children and everyone else, that co-parenting is possible without all of the drama.

Getting along with your child’s step-parent is not always easy, but Kail is doing right by her son in maintaining a positive relationship with Vee and Jo and creating a stable family life for Isaac. 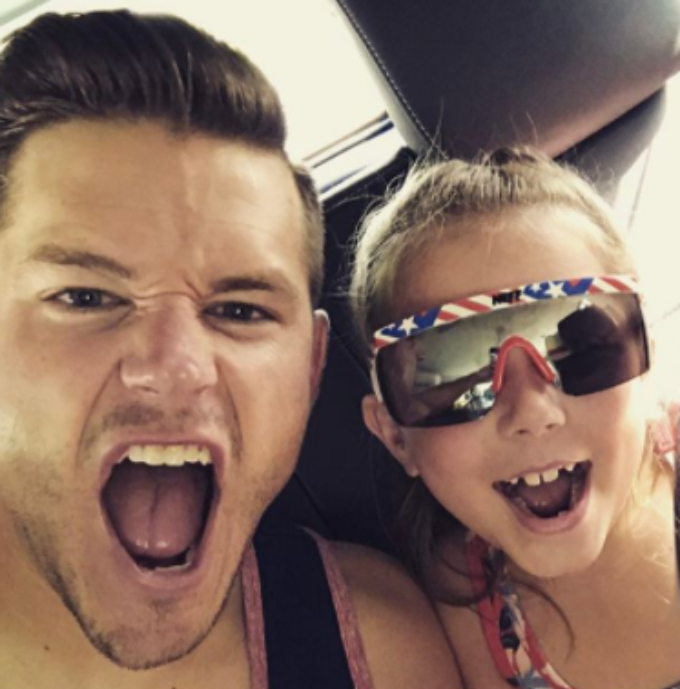 Cole DeBoer continuously shows up as a father figure to stepdaughter, Aubree.  So much so, that she has already taken his last name.

In episodes of Teen Mom 2 and all throughout social media, Cole is seen spending time with Aubree and doing fun things such as taking her on dinner dates, or dressing up in coordinated outfits for Halloween.  It is clear that Aubree and Cole share a special bond.

Following news that Aubree’s biological father, Adam Lind, had allegedly been arrested, Cole made a bold statement via Instagram.

A fan commented on a picture of Aubree and Cole saying, “It is admirable to watch you raise her and treat her like she is your own! I hope one day you are able to adopt her!” to which Cole immediately replied, “I have my pen ready.”

Cole was also seen on an episode of Teen Mom 2 back in February 2019, declaring, “I would do it right now if she wants to” in reference to adoption.

It is heartbreaking to think about the number of times Aubree has been let down by her biological father, but thankfully, due to Cole’s unconditional love and amazing parenting, Aubree never has to worry because he always shows up for her when she needs him.

Becoming parents at such a young age was undoubtedly challenging, but even through all of the ups and downs, the stars of Teen Mom 2 continue to show that they are great parents time and time again.  For more updates on their parenting, tune in to the latest season of Teen Mom 2.