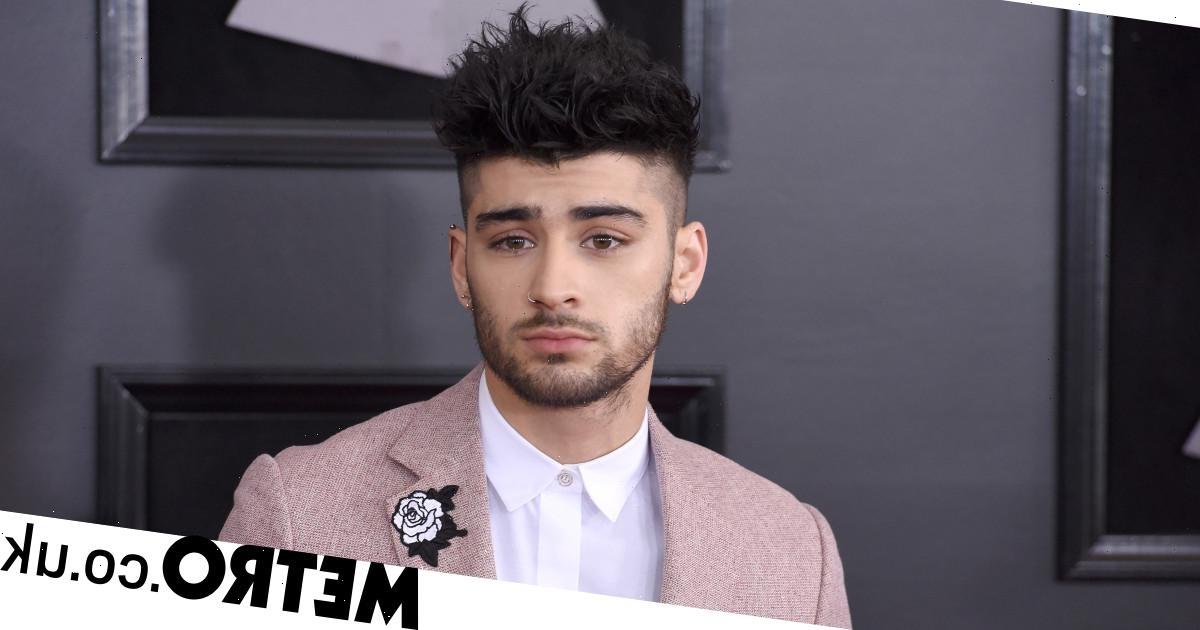 Zayn Malik has seemingly gone in on Simon Cowell as well as the Queen and Kanye West in a series of expletive-laden new tracks.

The former One Direction star released a teaser of Yellowtape on social media yesterday, with a Dropbox link directing fans to download three new songs.

Evidently, while we were given visual blessings of his girlfriend Gigi Hadid at yesterday’s Met Gala, Zayn gifted our ears with new beats as he showed off his rapping skills.

On song Believe Me the performer is heard rapping ‘Glad we left the Syco’, seemingly a reference to Simon’s record label which One Direction were signed to after finding X Factor success.

Turning his attention to the Queen, Zayn also said in his thick accent: ‘F**k the Queen, she gon’ knight ’em for their violence. When you’re at Her Majesty’s all you get is silence.’

Furthermore, the Pillowtalk hitmaker lashed out at Kanye West on the song Grimex, rapping: ‘F**k Kanye, beat him by farting.’

Fans have been waiting for new releases from Zayn, who has shared snippets of his recording during the pandemic, where he’s been holed up on Gigi’s family farm in the US with their baby daughter Khai.

The fandom is well and truly hyperventilating at this trio of tracks, shared through a link first reported by The Sun which, despite reports claiming it was delivering an error message, is working at the time of writing.

The performer also referenced his young daughter with Gigi in his new releases, having recently opened up about becoming a dad for the first time.

‘I didn’t expect to be so into it. Before she was born, I was always into myself,’ admitted the former 1D star.

‘I had time for my relationship but it was still solely about me. The fact that Khai has been so easy to adjust to has been surprising to me because I just love spending my days with her, hanging out with her, just doing really relaxing chill stuff.’

They live at a hideaway in rural Pennsylvania but the 28-year-old dad said: ‘I haven’t really thought about settling down per se yet.

‘We’re both quite young, even though we’ve had a kid.

‘We’re still thinking about work and things we want to do career-wise… but maybe in the far future, when we eventually pick a place to settle down, it will probably be something kind of similar to this.’

He said he has been ‘watching kid shows on TV, learning nursery rhymes’, adding: ‘It’s a different pace of life, but it’s been easy to adjust to.’