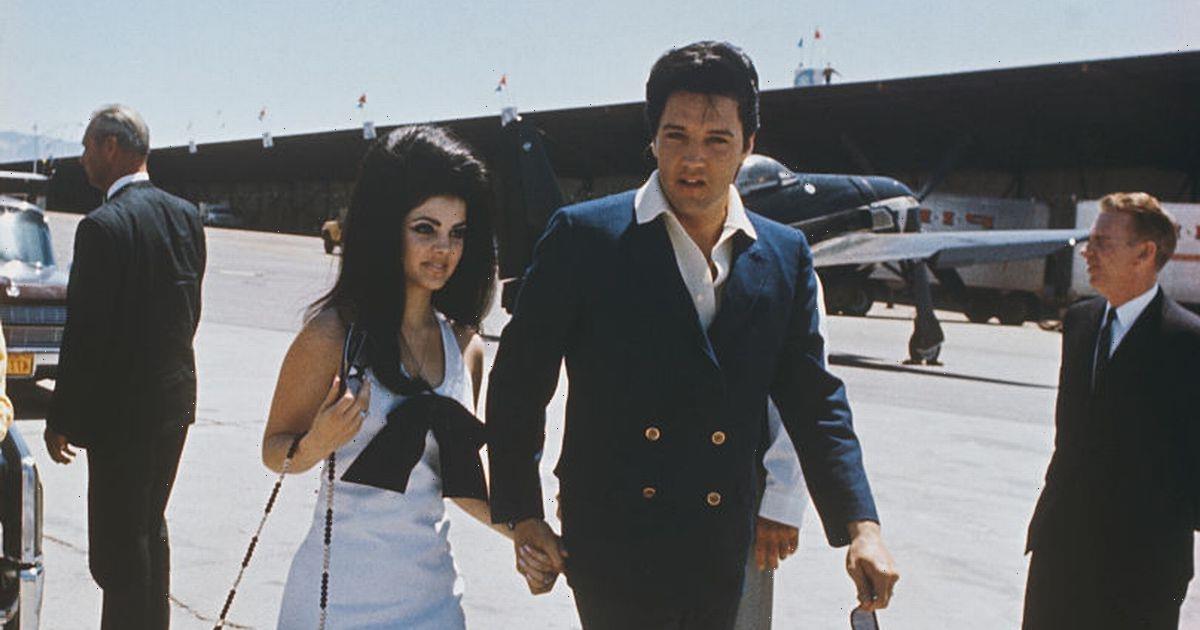 Elvis Presley may have died in 1977, but that hasn't stopped some people claiming they've spotted the King of Rock and Roll alive and well – even years after his death.

The iconic singer passed away on August 16, 1977 at his famous Graceland estate following a heart attack, at the age of 42.

However, a number of alleged Elvis sightings have been reported over the years – placing the late singer in a number of mysterious locations such as Hollywood films and airports.

Some fans believe Elvis actually faked his own death in order to a live a carefree life away from the limelight – and tons of conspiracy theories like these have circulated for decades.

To mark the 45th anniversary of the death of the King, Daily Star have rounded up some of the wildest Elvis "sightings" from over the years.

One of the earliest known Elvis "sightings" came on the very day that he died – August 16.

As the story goes, a man resembling Elvis was seen at Memphis International Airport who gave the name of "John Burrows" – the name that Elvis would often use when booking hotels to conceal his identity.

The man reportedly booked a one-way ticket to Buenos Aires in Argentina, leading some to believe that the King was fleeing the country in secret.

Ever since the account, photos have emerged of men looking live Elvis walking around the sunny country.

However, author Patrick Lacy has attempted to debunk the theory, stating that Memphis International Airport didn't have any flights to Buenos Aries at the time.

In 1988, a decade after the King's death, a woman named Louise Welling said that she had seen Elvis standing in a queue at a supermarket.

The man had apparently been wearing a white jumpsuit – one of Elvis' trademark outfits during his career.

Elvis' nearest and dearest revealed that Burger King was "by far" the singer's favourite fast-food chain.

Home Alone is one of the most famous Christmas flicks of all time – but rumours spread that Elvis appeared in the background of the 1990 film.

A bearded man baring a striking similarity to Elvis was seen in the middle of an airport scene.

The extra was wearing a sports jacket and turtleneck, and he was pictured behind Catherine O'Hara's character as she argues with the airline employee.

Director Chris Colombus reacted by telling USA Today: "If Elvis was on the set, I would have known."

Kenny Biddle explored the matter and found the man in the film to be Gary Richard Grott, who died of a heart attack in February 2016.

Gary's son had explained that his father was an extra in the airport scene, and that he knew Chris Columbus personally.

When reports of Elvis sightings flooded Michigan in the 1980s, the humorous tabloid Weekly World News began splashing tongue-in-cheek stories about them.

One such story was that of a "historic" snap of Elvis taken by a lady in St Louis.

In the photo, a man with an Elvis-esque haircut could be seen grinning straight at the camera.

Other headlines published by the outlet read: "New wave of Elvis Sightings!"

Many of the alleged sightings had taken place in Kalamazoo, Michigan.

Shortly after Legoland opened in California in 1999, members of the public were convinced they'd noticed Elvis walking around the theme park.

As it turns out, Presley impersonators had been hired to celebrate the famous singer at the amusement park.

Although fans may not see the real Elvis indulging in the Lego-themed activities, a sculpture of the star has been built at the park.

In summer 2016, a groundskeeper working at Elvis' Graceland home was believed to be Elvis.

The grey-haired groundsman was wearing an orange t-shirt and a baseball cap – and he shook up the internet 40 years after Elvis' death.

The viral video on YouTube has been viewed more than 2million times, and it showed the worker handle some wire and hold up two fingers as he walks past the camera.

However, Elvis fans may be disappointed to learn that the gentleman in question was revealed to be Bill Barmer.

Gail Brewer-Giorgio, one of the key Elvis conspiracy theorists, proposed that Presley had disappeared because he had to enter witness protection.

The author, who wrote the 1988 book Is Elvis Alive, told TIME that he had looked through various FBI documents.

He believed that the FBI had chosen Elvis to help sink a criminal group called The Fraternity.

George told TIME: "Elvis faked his death because he was going to be killed and there was no doubt about it." Fans began to speculate that Elvis was alive, after a re-surfaced interview with Priscilla Presley saw the star claim that she "spoke" to the late singer.

In 2013, a video clip of Priscilla on the Oprah Winfrey Show with daughter Lisa-Marie saw her discuss the King of Rock 'n' Roll, along with their daughter's childhood.

Priscilla said: "Elvis wanted her to have everything. He grew up very poor."

She then added: "That’s exactly what he said the other day," seeming to imply that she spoke to her husband not long ago.

Priscilla can then be seen facing the camera as if to say she hadn't meant to reveal the news.

This interview clip, which has been viewed more than 1million times on YouTube since 2013 led some fans in the comments to believe that Elvis is not dead.

"Elvis is still alive," one said, while another commented: "Busted, I believe he is alive too."

"Maybe Elvis decided that he’s had enough of the spotlight," added a third.