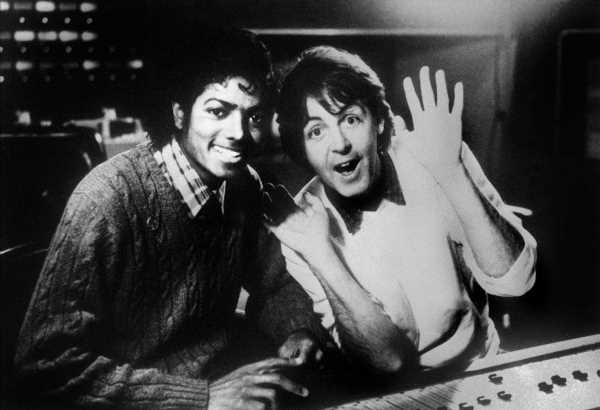 Jackson and Paul are two of the most famous musicians of the 20th century. Despite this, their musical styles are very different. They might not seem like obvious musical bedfellows. In his autobiography, Moonwalk, Jackson discussed how he came to work with Paul.

“When we were about to start work on Thriller, I called Paul McCartney in London and this time I did say, ‘Let’s get together and write some hits,’” Jackson wrote. “Our collaboration produced ‘Say Say Say‘ and ‘The Girl Is Mine.’” While “The Girl Is Mine” appeared on Thriller, Paul released “Say Say Say” on his album Pipes of Peace.

Jackson revealed he felt a moral obligation to work with the former Beatle. “When I approached Paul, I wanted to repay the favor he had done me in contributing ‘Girlfriend’ to Off the Wall,” Jackson wrote. “I wrote ‘The Girl Is Mine,’ which I knew would be right for his voice and mine working together, and we also did work on ‘Say Say Say,’ which we would finish up later with George Martin, the great Beatles producer.”

Jackson revealed why he and Quincy Jones thought “The Girl is Mine” had to be the first single from Thriller. “We really didn’t have much choice,” Jackson opined. “When you have two strong names like that together on a song, it has to come out first or it gets played to death and overexposed. We had to get it out of the way.” Jackson also said “The Girl Is Mine” was the “obvious” choice for the album’s lead single.

How the world reacted to ‘The Girl Is Mine’