When Beatles manager Brian Epstein secured the Fab Four’s spot on the 1967 Our World broadcast, he considered it a major coup for his group. “I have the most fantastic news to report,” Epstein told the band before making his announcement. But none of The Beatles seemed to care.

At the time, the group was finishing up Sgt. Pepper’s Lonely Hearts Club Band and couldn’t be bothered. Though Our World eventually reached hundreds of millions via satellite, it appeared to be just another appearance to four guys who’d made it their mission to stop touring a year earlier.

Nonetheless, John Lennon volunteered to write a song for the broadcast, which would feature the band performing live in Abbey Road studios. And, as they’d done when recording the orchestra part for “A Day in the Life,” The Beatles decided to make it a happening.

That meant bringing in friends and family to sing along and clap to John’s “All You Need Is Love.” When the broadcast aired to an estimated 350 million people in June ’67, the massive audience found The Who’s Keith Moon sitting next to Ringo Starr. 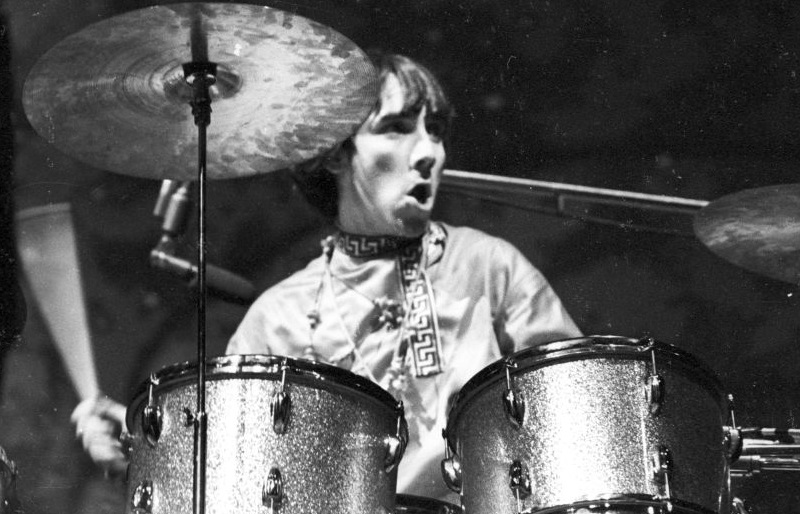 When The Beatles made their guest list for the event, they brought in the usual suspects from the London scene. That include Mick Jagger of the Rolling Stones and Eric Clapton, the guitar ace (and good friend of George Harrison) who was playing in Cream at the time.

“Moon the Loon,” the highly regarded drummer of The Who, also turned up for the broadcast. For those on the scene, that couldn’t have been a surprise. After all, Moon had asked Paul McCartney if he could join The Beatles the year before.

Paul was sitting in a club at the time and initially thought Moon was asking if he could join him at the table. “No, I mean, can I join the band?” Moon repeated. Taken somewhat off-guard, Paul responded by telling Moon he should take it up with Ringo.

Obviously, nothing ever came of Moon’s pitch. (He also tried to start a band with Jimmy Page around that time.) And there were clearly no hard feelings on either side. Hence Moon’s appearance on Our World.

Moon sat by Ringo and played with the microphones off 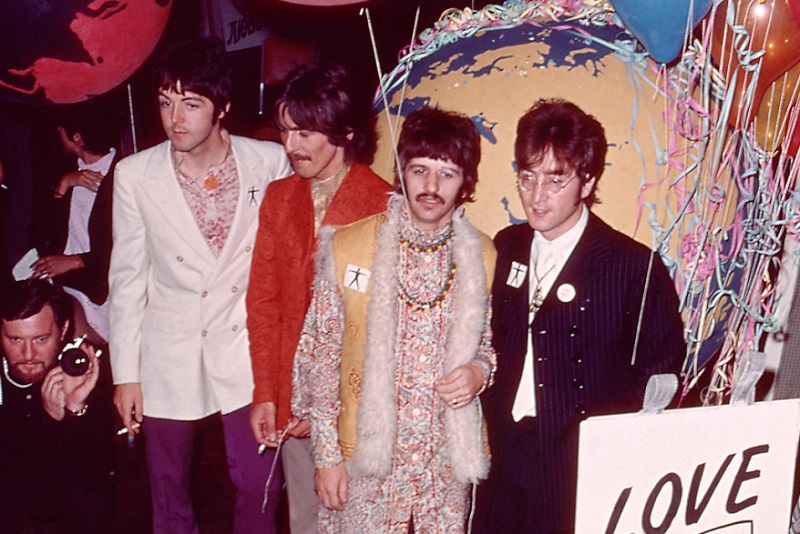 Once The Beatles worked out the arrangement for “All You Need Is Love,” John issued himself a challenge by saying he’d sing his vocal live on the worldwide broadcast. Paul said he’d do the same with his bass part. Next, they turned to George, who reluctantly agreed to take his guitar solo live.

Would Ringo attempt do the same? “Ringo was completely safe, for technical reasons,” engineer Geoff Emerick explained in Here, There and Everywhere. “If the drums were played live, there would be too much leakage onto the microphones [used for] the orchestra.”

So that left Ringo to, as you see in the video, pretend to play the drums while the rest of the band actually played. And Moon got to sit there with brushes and showcase a few of his signature moves at the drum kit. Ringo loved the event.

“We were big enough to command an audience of that size, and it was for love,” he said in Anthology. “It was for love and bloody peace. It was a fabulous time. I even get excited now when I realize that’s what it was for: peace and love, people putting flowers in guns.”

As for “the Loon” next to him, Ringo had no issue whatsoever. “I had Keith Moon next to me,” Ringo said. “Everyone was joining in — it was a fabulous time, both musically and spiritually.”

Diplo Reveals Shooting Took Place During His Performance in Brazil: 'This Breaks My Heart'