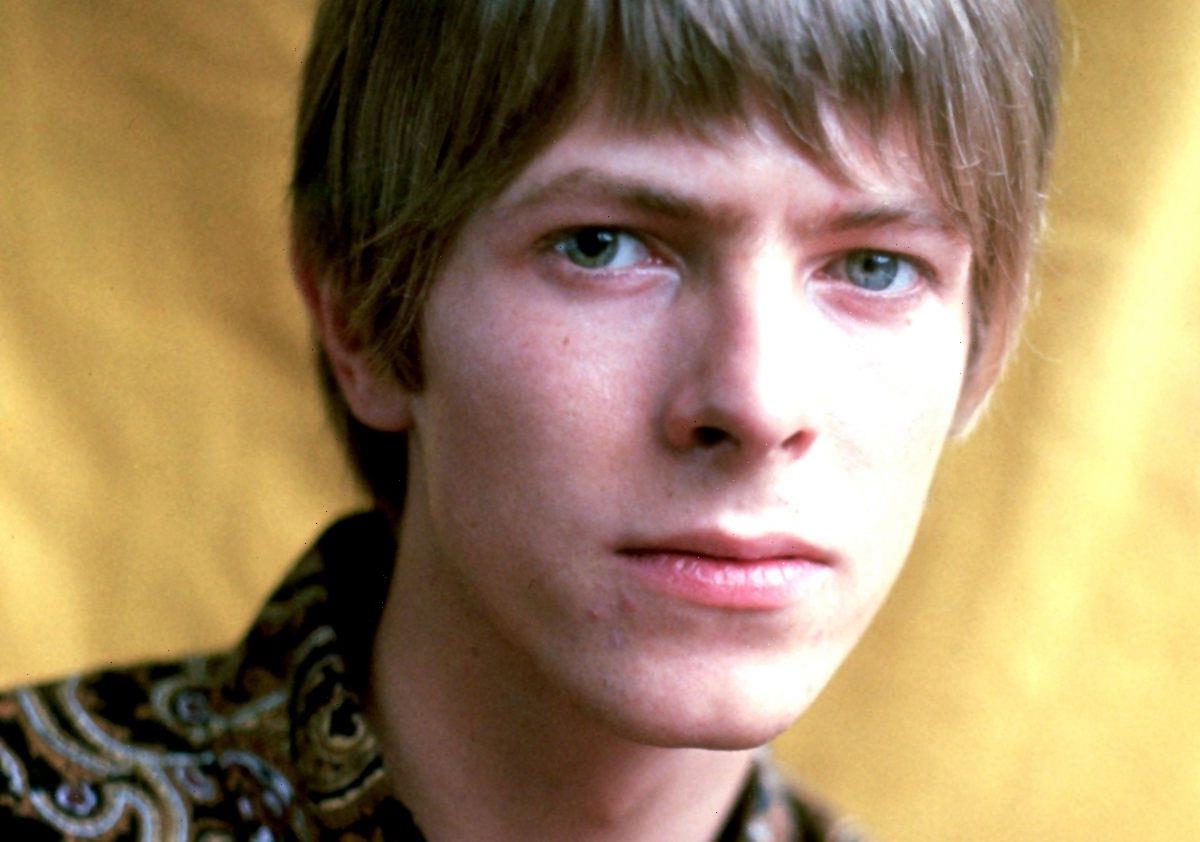 Though he performed as alter-ego Ziggy Stardust and later took on the persona of “The Thin White Duke,” everyone knew David Bowie (1947-2016) was the recording artist behind it all. But “David Bowie” itself was a stage name (at least the surname was). After starting his career as David (sometimes “Davie”) Jones, Bowie changed gears in 1966.

Following the rise of The Monkees, which featured lead singer Davy Jones, Bowie saw the world getting crowded with people who shared his common (if swashbuckling) name. So he adopted the last name of the Texas adventurer who met his end at the Alamo.

Prior to his name change, Bowie released the single “Liza Jane” as the leader of Davie Jones and the King Bees in ’65. When that didn’t make a dent (or even a ding) in the charts, he tried again with The Manish Boys and their white-blues take on “I Pity the Fool,” a track that featured session-man Jimmy Page on lead guitar.

By ’66, Bowie/Jones was ready for a new direction. When manager Kenneth Pitt learned about The Monkees, he suggested his client finally make the name change he’d been considering. According to Marc Spitz’s Bowie: A Biography, the singer-songwriter’s reply came back a few days later. From thence forth, he’d record as David Bowie.

“There are too many David Joneses,” Spitz quotes Bowie saying in a bio (released by his record label) in the late ’60s. “David Jones is my real name. When I first turned professional two years ago, my pirate-like character was just right at the time, and the name fitted in with the image I wanted to give myself.”

As for the new name, Bowie used that of Colonel James Bowie, the War of 1812 veteran who later fought at (and died in the battle of) The Alamo. (The knife was named after him as well.) So Bowie switched from a pirate persona to an even more fearsome individual. Really, it was just a cool-sounding name.

Bowie spoke about the name change with an early U.S. fan

In September ’67, Bowie was pleasantly surprised to find his first letter from an American fan waiting for him in his manager’s office. And the 20-year-old musician sent back a lengthy reply. In the letter, Bowie referenced the name change, which the fan had brought up.

“In answer to your questions, my real name is David Jones,” he wrote the fan, Sandra Adams. “And I don’t have to tell you why I changed it. ‘Nobody’s gonna make a monkey out of you,’ said my manager.” Indeed, Bowie had no interest in getting confused with a Monkee.

By the early ’70s, nobody would confuse Bowie with anyone else on the rock scene (except, maybe, T. Rex’s Marc Bolan). After charting in the Billboard top 20 with “Starman,” Bowie hit No. 1 with 1975’s “Fame.” At that point, he wouldn’t be able to answer all his fan mail.