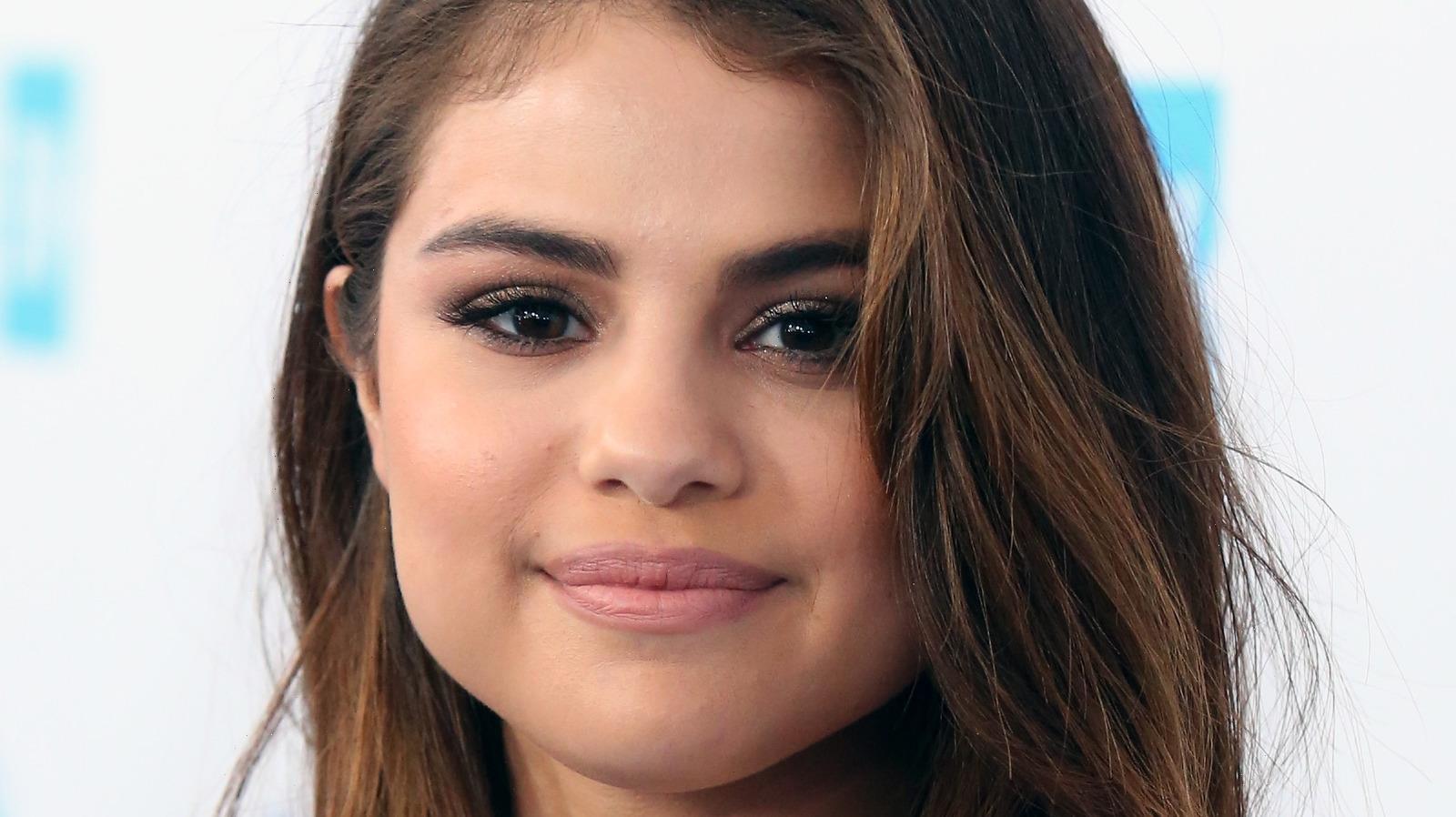 When Selena Gomez starred on “Wizards of Waverly Place,” she quickly amassed a huge following of young fans who essentially grew up with her. The beloved television series was a creation of Disney, the company of happily-ever-afters. Gomez, however, has learned that this kind of happy ending with, say, a handsome prince is … harder to come by in the real world.

The star has accomplished a lot in her young life, including being named Billboard’s Woman of the Year in 2017, and earning the Guinness World record for the most Nickelodeon Kids’ Choice Awards won by a single individual. In addition to finding success as a singer, actor, and producer, Gomez has her own beauty line and cooking show on HBO Max. Sure, she had to take breaks from the spotlight due to her mental health and her lupus diagnosis, but she hasn’t let her struggles stop her from pursuing her passions. She has done a lot! But alas, back to the dating department.

Unfortunately, Gomez’s talent, successful business endeavors, and ability to overcome adversity have occasionally been overshadowed by her personal life, thanks to her habit of dating other celebrities. Which she has done a lot. And there’s nothing wrong with that, but those romances haven’t exactly had a Disney (or Disney+) ending. Here’s a look back at the famous fellows Gomez has fallen for over the years.

Selena Gomez dated a teen superstar and a teen wolf

Selena Gomez’s first high-profile relationship was a match made in Disney Channel heaven. She and Nick Jonas’ romance blossomed in 2008, per E! News, but they kept it under wraps and weren’t the only high-profile Jonas couple at the time. As Gomez and Nick dated, as did Taylor Swift and Joe. “We actually dated the Jonas Brothers together! It was hysterical,” Gomez told Kiss FM London (via Elle).

During a 2018 appearance on Nick Grimshaw’s BBC Radio 1 show (via Elle), Gomez got the youngest Jonas Brother to recall their cringe-worthy double-date in Central Park with … guess who? “We were very private about our relationship,” Nick recollected. “And she [Gomez] was unhappy that her Central Park experience was ruined by the fact that I walked about 20 feet away from her … So her and Taylor Swift … walked about 25 feet behind us as we walked through the park by ourselves.” Sounds like fun! But Gomez has no qualms. “That, to me, was like puppy love, you know, it was very sweet,” Gomez told Capital FM in 2015.

Soon after, there was another teen heartthrob. The “Wolves” singer met “New Moon” werewolf Taylor Lautner in 2009 while filming separate projects in Vancouver. A few months later, Gomez told Seventeen that Lautner made her “so happy.” And yet, she described herself to Seventeen as “single.”

Selena Gomez’s relationship with Justin Bieber was like a Nicholas Sparks novel come to life. There were breakups, makeups, and tumult that does make the tale a little less fun in retrospect. But in 2011, Bieber appeared to be the perfect boyfriend. He wooed Gomez with a grand romantic gesture that probably made Beliebers more jealous than they already were; treating his ladylove to dinner at an otherwise empty Staples Center, where they watched “The Titanic,” per TMZ. “Justin got the idea from the [Adam Sandler] movie, ‘Mr. Deeds,'” per the outlet.

By November 2012, the couple had already called it quits, with an insider telling Us Weekly that Gomez, “had some major trust issues.” But their relationship status kept switching on and off in the ensuing years. During the off periods, Bieber notably dated Sofia Richie and future wife Hailey Baldwin.

Jelena appeared to be over for good by 2018, and Gomez dropped a bombshell during a 2020 interview with NPR, saying that she was a victim of “certain abuse” (which she clarified as emotional abuse) while dating Bieber. And she became stronger from the experience. “As much as I definitely don’t want to spend the rest of my life talking about this, I am really proud that I can say I feel the strongest I’ve ever felt and I’ve found a way to just walk through it with as much grace as possible,” she told the outlet.

Selena Gomez was accused of faking a relationship

In 2014, Vanity Fair wondered whether Selena Gomez and Orlando Bloom were “getting sexy revenge together.” Wait, what? Gomez and the “Lord of the Rings” star got photographed keeping each other company outside a Chelsea Handler comedy show. There were rumors that Bloom’s ex, Victoria’s Secret model Miranda Kerr, had cheated on him with (who else but) Justin Bieber, so the natural tabloid narrative was that the alleged dalliance brought Bloom and Gomez together. Bloom, however, denied that they were dating, according to TMZ.

In 2015, Gomez was romantically linked to her “I Want You to Know” collaborator Zedd (real name Anton Zaslavski). Diplo was beefing with Zedd at the time, and he told Radio.com (via E! News) that his fellow EDM DJ and Gomez in a “fake relationship” to “sell records.” However, during an interview with the radio show “The Edge Afternoons” (via People), Gomez confirmed that she “definitely had a thing” with Zedd, and she described their fling as “nice.” She also revealed that she confronted Diplo about his claim, and he told her it was just a joke. Zedd spoke about his relationship with Gomez as well, saying that all the media attention wasn’t exactly positive. Oh well!

It then seemed like Selena Gomez was enjoying a fling with former One Direction member Niall Horan in 2015. According to Us Weekly, the “Hands to Myself” hitmaker and the “Slow Hands” singer (we sense a theme!) were spotted smooching at a birthday party and later enjoyed some date-like activities on the Santa Monica Pier. However, when ET Online asked Gomez if they were dating, she was … curt. “Oh my god! No,” she said. “I love him, I always have. He’s amazing.” Horan showed that there were no hard feelings when in 2020, he tweeted that he was “ready” to collaborate.

In 2016, insiders told Us Weekly that Gomez was getting flirty with another musician, her “We Don’t Talk Anymore” collaborator Charlie Puth. He told ET that he and Gomez were just friends, but he was singing a different tune during a 2018 Billboard profile. Puth described his relationship with Gomez as “short-lived, very small, but very impactful,” adding that “it really messed me up.” As he continued, “It wasn’t like I was the only person on her mind.”

The natural assumption was that the man on her mind was Justin Bieber. “I think I knew that going in — what I was getting myself into,” Puth added to Billboard. By the time his words were published, Gomez was seeing Bieber again, per E! News. Perhaps that’s what led to Puth yelling “f*** you Justin Biber” while performing live. Drama!

“Ladies and gentleman, The Weeknd.” The weekend (no pun intended) before Valentine’s Day 2017, Selena Gomez and Abel Tesfaye were spotted getting cozy on a luxury yacht, per the Daily Mail. They then made their relationship Instagram official, according to People, when Tesfaye posted a since-deleted photo of Gomez giving him a smooch. By August, Gomez was ready to talk about their romance. “You want someone to add to your life, not to complete you, if that makes sense. I’m lucky because he’s more of a best friend than anything else,” she told InStyle (via Elle).

Sources told People that Tesfaye scheduled his summer performances around Gomez’s kidney transplant surgery. However, by October, the same publication was reporting that their whirlwind romance was over. Gomez was spotted attending church with Justin Bieber a day before the breakup news broke, but an insider insisted they were not getting back together. During a 2020 interview with Zane Lowe for Apple Music, Bieber confessed to “being reckless” while dating Gomez, and he spoke about how he changed before he married Hailey Baldwin. “I took the time to really build myself and focus on me,” he stated.

As for Gomez, she found her closure when she recorded the song “Lose You To Love Me,” which she confirmed to NPR was about Bieber. “You had to get the name in, I get it,” she said. Here’s to the star still finding her prince!