British comedy Blackadder first aired on BBC One on 15 June, 1983 and soon became a much loved comical series amongst Brits across the UK.

Each series was set in different historical periods and gave viewers an amusing illustration of history, with reappearing actors playing different roles.

Although all episodes starred actor Rowan Atkinson as the antihero Edmund Blackadder, there were also several other stars that appeared on the show that went on to become household names in their own right.

So Daily Star have taken a look at where some of the cast of Blackadder are now.

Rowan Atkinson played the role of Blackadder in all four series and specials. As well as starring as the lead character, he was also the writer and creator of the show.

Though he was already a well known actor prior, the award winner's career flourished after the comedy series ended.

Atkinson went on to create several other projects and wrote other comedy series.

One of his most famous roles was playing the loveable yet very awkward character Mr Bean which first aired in January 1990.

Atkinson branched out into movies and played spoof spy character Johnny English as the lead in the 2000s.

He also had further big screen success with Rat Race and Love Actually.

Throughout his 40-year career Atkinson was awarded a BAFTA and Olivier Award. He was also named as one of the 50 funniest actors in British comedy by The Observer.

In 2012, Atkinson took centre stage at the London Olympics were he appeared to reprise his comical character Mr Bean.

In more recent times, Atkinson starred in Johnny English Strikes Again and will be starring in physical comedy series Man vs Bee in 2021.

According to reports, Atkinson now lives mostly at his £4.65 million London home with his actress girlfriend, Louise Ford.

He shares son Ben and daughter Lily with ex-wife Sunetra Sastry, and has been seen walking down the red carpet with his stunning family.

There were swirling rumours that Rowan and Lily's relationship had soured since his split with Sunetra in 2014, as she deleted two years worth of images from her Instagram account, and decided to change her name to her mother's maiden name.

However, they have walked red carpets together for several glam events since the divorce. Rowan also shares daughter Isla with new partner Louise.

Just like Rowan Atkinson, Stephen Fry who played Melchett in Blackadder was already an established actor and comedian.

Fry's career first began in television with the 1982 broadcasting of The Cellar Tapes, the 1981 Cambridge Footlights Revue which was written by Fry, actor Hugh Laurie, Emma Thompson and Tony Slattery.

After Blackadder finished, Fry continued to work with fellow actor Hugh Laurie on A Bit of Fry & Laurie and Jeeves and Wooster.

The actor also wrote several books throughout the years including Paperweight and Heroes: The Myths of the Ancient Greek Heroes Retold Stephen Fry.

Throughout his career, the actor won Golden Globe for his lead performance in the 1997 film Wilde.

Fry also wrote and starred in a number of documentary series, including his Emmy-Award winning Stephen Fry: The Secret Life of the Manic Depressive.

As well as acting and writing, Fry was also the face of intellectual quiz show QI from 2003–2016.

In 2015, Fry hit headlines after he married aspiring comedian and writer Elliott Spencer who is 30 years his junior.

In December 2017, Fry had his prostate removed and is still currently undergoing radiotherapy, according to recent reports.

He also suffers from bipolar disorder, and had a nervous breakdown while appearing in West End play Cell Mates in 1995, leading him to walk out of production and disappear to Belgium before eventually returning to the UK.

Actor Hugh Laurie played the caricature role of George, Prince of Wales who served as one of the three main characters of the third series. He also played other characters in different series.

Once Blackadder had finished, Hugh Laurie continued to become a household name as part of a double act with actor Stephen Fry.

But the actors career continued to go from strength to strength as he appeared in the Spice Girls' film Spice World in 1997.

He also had a brief guest-starring role on Friends in "The One with Ross's Wedding" in 1998.

Since 2002, Laurie appeared in several British television dramas, and guest starred in two episodes of the first season of the spy thriller series Spooks on BBC One.

But Laurie also became a well known actor in Hollywood with his role in medical drama House between 2004 and 2012 playing Dr Gregory House.

He also starred in big movie productions throughout his career such as 101 Dalmatians, The Man in the Iron Mask and Stuart Little.

In 2020, the star appeared in political drama Roadkill playing the role of MP Peter Laurence who is at the centre of the scandal.

Laurie continues to remain booked and busy and has several projects currently in the pipeline.

The actor married theatre administrator Jo Green on 16 June 1989 in London and they share three children together, Charlie, Bill and Rebecca.

Actress Miranda Richardson was known for her comical and ditzy portrayal of Queen Elizabeth I in Blackadder.

But once the programme ended Richardson starred in some major blockbusters and she went on to play the annoying reporter Rita Skeeter in the Harry Potter franchise.

The actress is also a seven-time BAFTA Award nominee, but went on to win the BAFTA Award for Best Actress in her Supporting Role for Damage in 1993.

Richardson also went on to star in highly credited films such as Sleepy Hollow, Chicken Run, and The Hours.

Richardson also starred in Australian comedy-drama film Rams is a 2020 .

Miranda also admitted she has been unlucky in love, and previously said that work had gotten in the way of romance, saying: "It's difficult to keep in touch with someone when you're moving around all the time. I've decided that you can have it all, but you can't have it all, all of the time."

She added: "I think, intermittently, that you find Mr Right, but you have to get lucky. I don't rule out having a family – it just hasn't happened for me yet."

Robinson has also continued to work in entertainment and after Blackadder had finished the star became the narrator and one of the lead actors for British animated series Nellie the Elephant.

The popular series ran from 1989 until 1991 and was screened on Children's ITV.

The star also reprised his role as Baldrick in a one-off short film in the Blackadder series, which created to celebrate the new millennium.

But in recent times Robinson has become most famous for his television presenting roles mainly on Channel 4 and Channel 5.

Robinson has presented The Thames: Britain’s Great River with Tony Robinson and Tony Robinson's History of Britain, to name a few of his credits.

Blessed only appeared in six episodes but still made a major impact throughout the series.

After Blackadder, the star continued to work as an actor in both stage and screen and appeared and in 1989 Blessed made an appearance in the comedy/drama Minder, as Detective Inspector Freddie Dyer.

In 1999, Blessed went on to provide both the voice and live-action reference for the CGI character Boss Nass in Star Wars: Episode I – The Phantom Menace.

In the early 2000s Blessed worked in pantomime and headlined the Christmas pantomime production of Peter Pan.

The star has continued to work in voice work and voiced the megalomaniacal Red Ivan in the 2021 building game Evil Genius 2: World Domination. 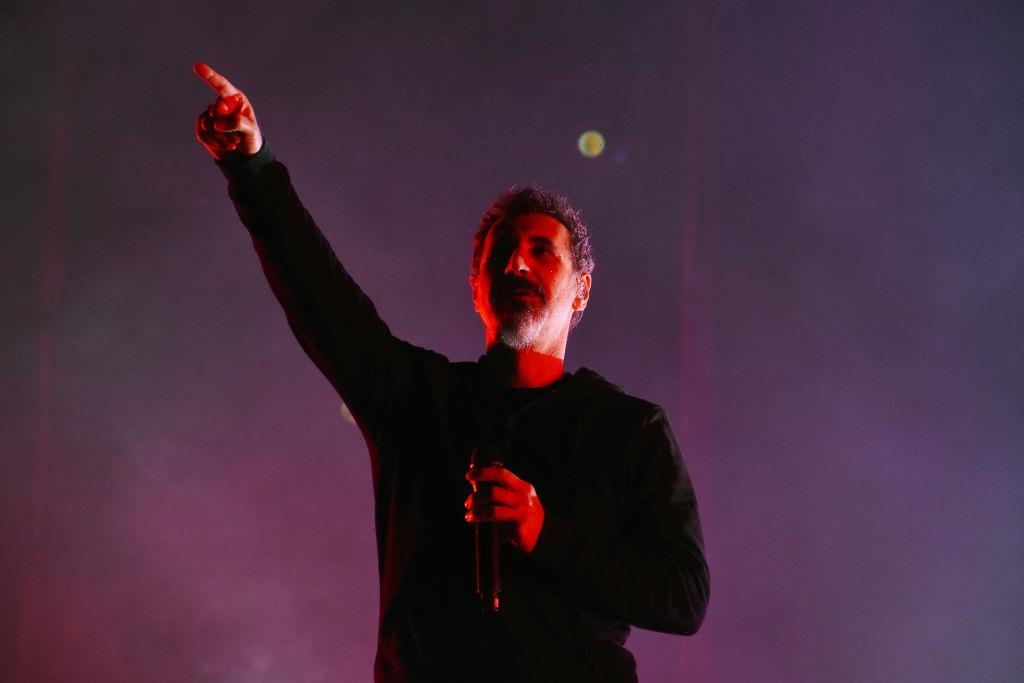 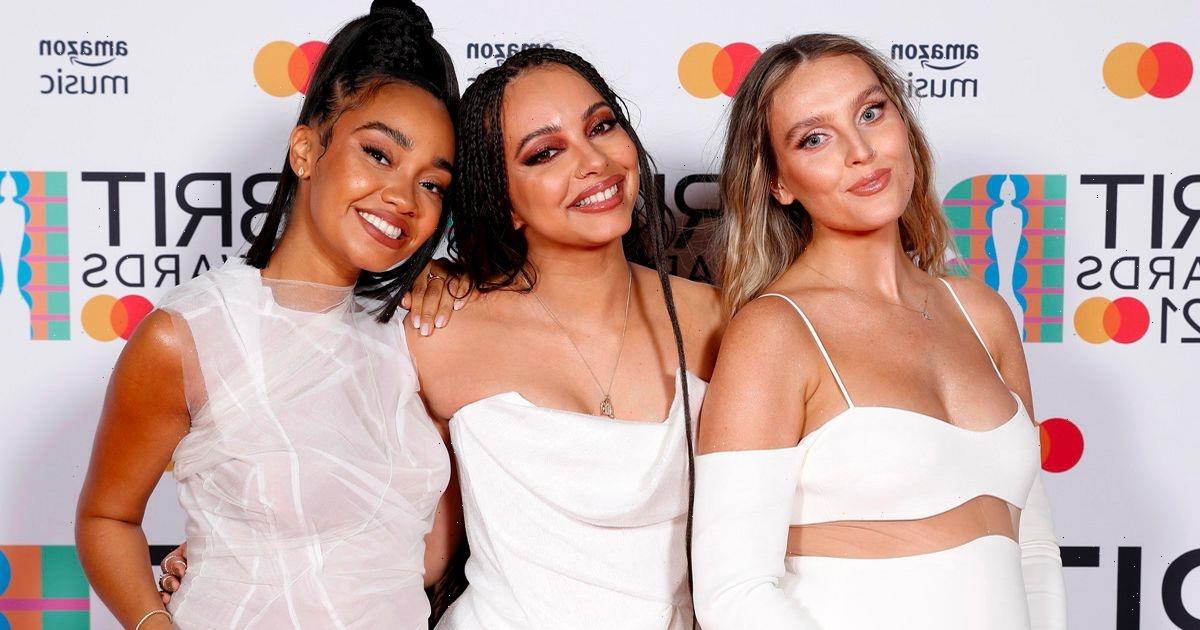