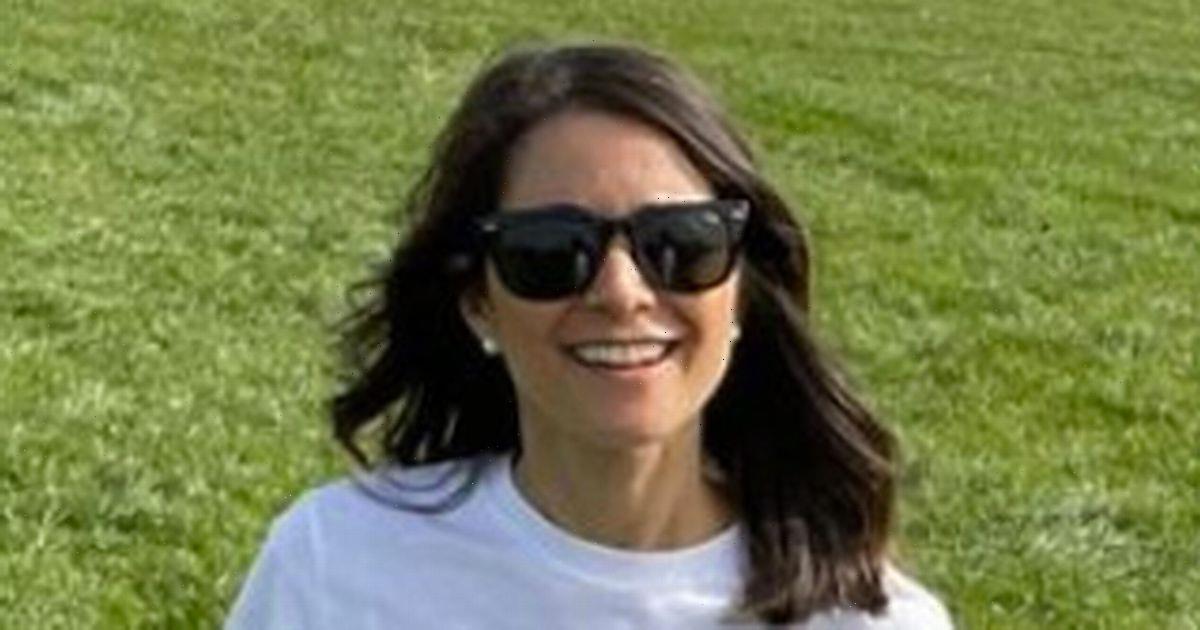 GMB weather expert Lucy Verasamy is currently road tripping around the UK, meeting some of the nation’s brightest farmers and growers for a new ad campaign.

Her latest destination was Cornwall, with the meteorologist, 40, dressing for the sunshine in a chic pair of black leggings and a white tee.

Lucy shared some behind-the-scenes pictures from the production to her Instagram, where she could be seen posing in front of the rugged coastline.

She paired the leggings with some classic white trainers, topping off the look with some sophisticated black Ray-Ban sunnies and pearl earrings.

With her brunette locks blown out in waves and a summery white manicure, the ITV star looked stylish as ever while filming.

Her co-star, chef Chris Baber, worked an almost identical outfit of a white T-shirt and shades, with Lucy adding the words "match matchy" over the snap.

The pair spent the day tasting local cheese in Cornwall, discussing the dairy production industry with Cornish farmers before sampling one of Chris’ delish cheese sandwiches.

Fog covered the landscape which made filming difficult, but Lucy was thrilled to learn about the cows and farmstock grazing on the rolling green hills.

She told fans: "Filming with Cornish farmers to hear about their M&S cornish cruncher cheese – and rustling something with @chrisbaber.

“Swipe to see more: a classic cheese toastie, a bit behind the scenes & cows in the coastal sea fog."

Taking a break during the production, Lucy tucked into a burger from Noco HQ, who are known for catering snacks made with seasonal produce.

Later, when filming wrapped, the crew headed for a night at the St Enodoc Hotel in the Cornish town of Rock, which features a swish spa and fine dining brasserie.

Lucy isn’t the only A-lister to frequent the joint – Britain’s Got Talent judge Amanda Holden and model Kelly Brook are known to be fans of the hotel.

Discussing the project earlier this year, Lucy said: "Over the next few months I'll be travelling the length and breadth of the British Isles from the north of Scotland, right down to Jersey, meeting the farmers and the growers of M&S fresh food, with one question on my mind… why do M&S believe that their food is not just any food?"