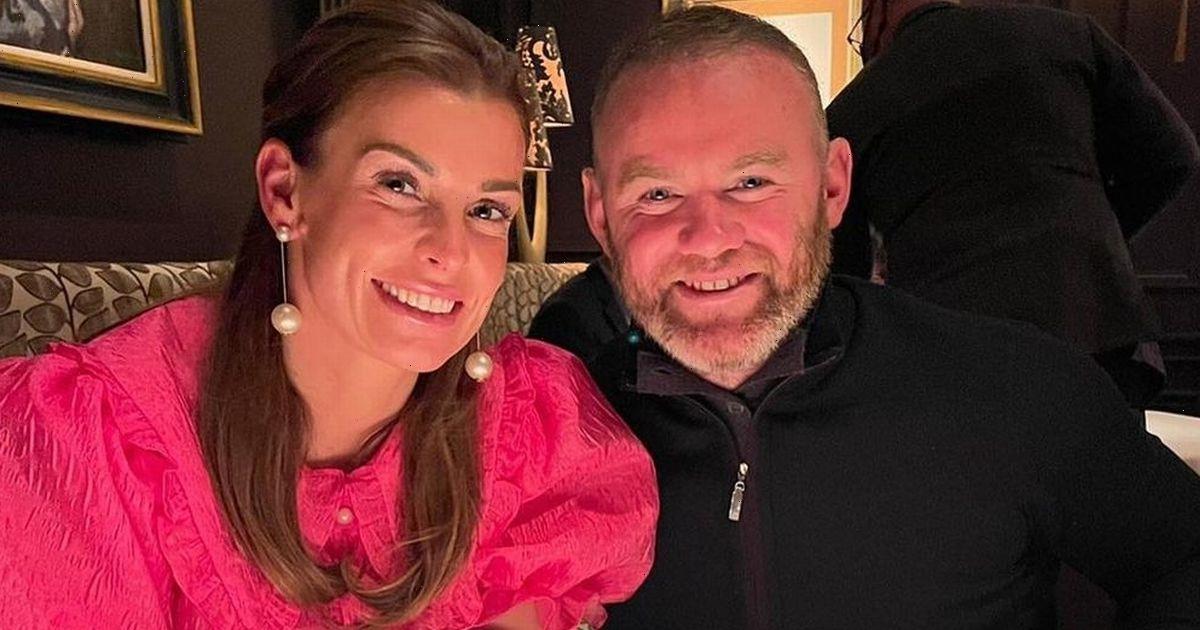 Former England footballer Wayne Rooney and his wife Coleen Rooney have been together for an incredible 19 years, but their relationship hasn't always been smooth sailing.

Since tying the knot in 2008, the couple's private life has often hit headlines for the wrong reasons, as they've been plagued with Wayne's cheating scandals.

Last week the football star was caught in another controversy, after photos and videos emerged on social media showing Rooney fast asleep on a chair with a scantily clad woman on a bed in the background.

Despite the photos, there has been no suggestion that Rooney did anything wrong.

Wayne, 35, met two women in a Chinawhite nightclub earlier but sources claim no sexual contact was shared between any of the women when they arrived back at the hotel.

Wayne has not yet made a statement regarding the incident but a friend of the star has said nothing took place.

Though Wayne's embarrassing situation has left him rather red-faced, wife Coleen has continued on as normal and is currently enjoying her Welsh staycation in Llyn Peninsula.

As their marriage continues to be the centre of media speculation, Daily Star has taken a look inside their turbulent relationship over the years.

When did Wayne and Coleen first meet?

Wayne Rooney and Coleen first met when they were only 12 years old and started dating officially at the age of 16 when they both left school.

A year later, a young Rooney signed to Everton and his career went from strength to strength. Coleen stood beside him throughout and the couple later married in 2008.

The couple have always been fairly vocal about their marriage and the love they have for one another.

Coleen frequently takes to Instagram to express her love for the football player too.

Earlier this year, Coleen wished her husband a happy anniversary and posted a throwback photo of the pair online.

Captioning the snap she wrote: "Loved you then, love you now. Happy Valentines Day @waynerooney (Mexico 2003)."

Wayne and his footballer's wife Coleen welcomed their first child, Kai Rooney, in November 2009, a year after their marriage.

Their Second child, Klay Anthony Rooney, was born in May 2013 and their third son, Kit Rooney, arrived in January 2016.

Talking to Great British Life in 2018 about motherhood, Coleen said: "You go through so many emotions with motherhood – it’s something you just cannot prepare for.

"When I first fell pregnant with Kai it was a hugely exciting time, but like any mum, you have nerves, worries, and you need reassurance at every step.

"These days there is so much support out there – family, groups, even things you can research online – but if I was to offer any sort of advice, it would be just to enjoy the whole thing."

In 2016, Wayne also spoke openly about his parenting techniques. He told Good To know: "We just do things as we see fit and whatever we think is the best way.

"There are a lot of things, in terms of the way we’ve been brought up, that have helped us out and we’ve tried to carry on setting those examples.

"Coleen and I just try to be the best that we can be, and treat every day as a new day."

In 2004, the Sunday Mirror revealed that a teenage Rooney paid £140 for sex with prostitute Charlotte Glover.

That same year the England midfielder allegedly slept with Gina McCarrick at a £45-a-go brothel in Liverpool.

Wayne visited the brothel 10 times, and was caught on CCTV walking inside the venue.

During that time, Wayne reportedly slept with grandmother Patricia Tierney who claimed to have worn a rubber catsuit while getting intimate with the star and was known as the "Auld Slapper", according to the Sunday Mirror.

Wayne said at the time: "It was the sort of mistake you make when you are young and stupid."

Over the weekend, pictures of Wayne did the rounds on social media which has now lead to a criminal investigation.

Rooney was pictured out in a hotel room after partying hard in a nightclub. The Derby County boss fell asleep and was posed with for pictures beside half-naked girls.

One of the women posed in her underwear and took a pic beside the football icon, captioning the image: "Mooney Rooney".

Despite this, there is nothing to suggest that the women were engaged in criminal activity.

Since then his lawyers have claimed that the photos have been reported to the police, as it is believed that Rooney did not give his consent for the pictures to be taken.