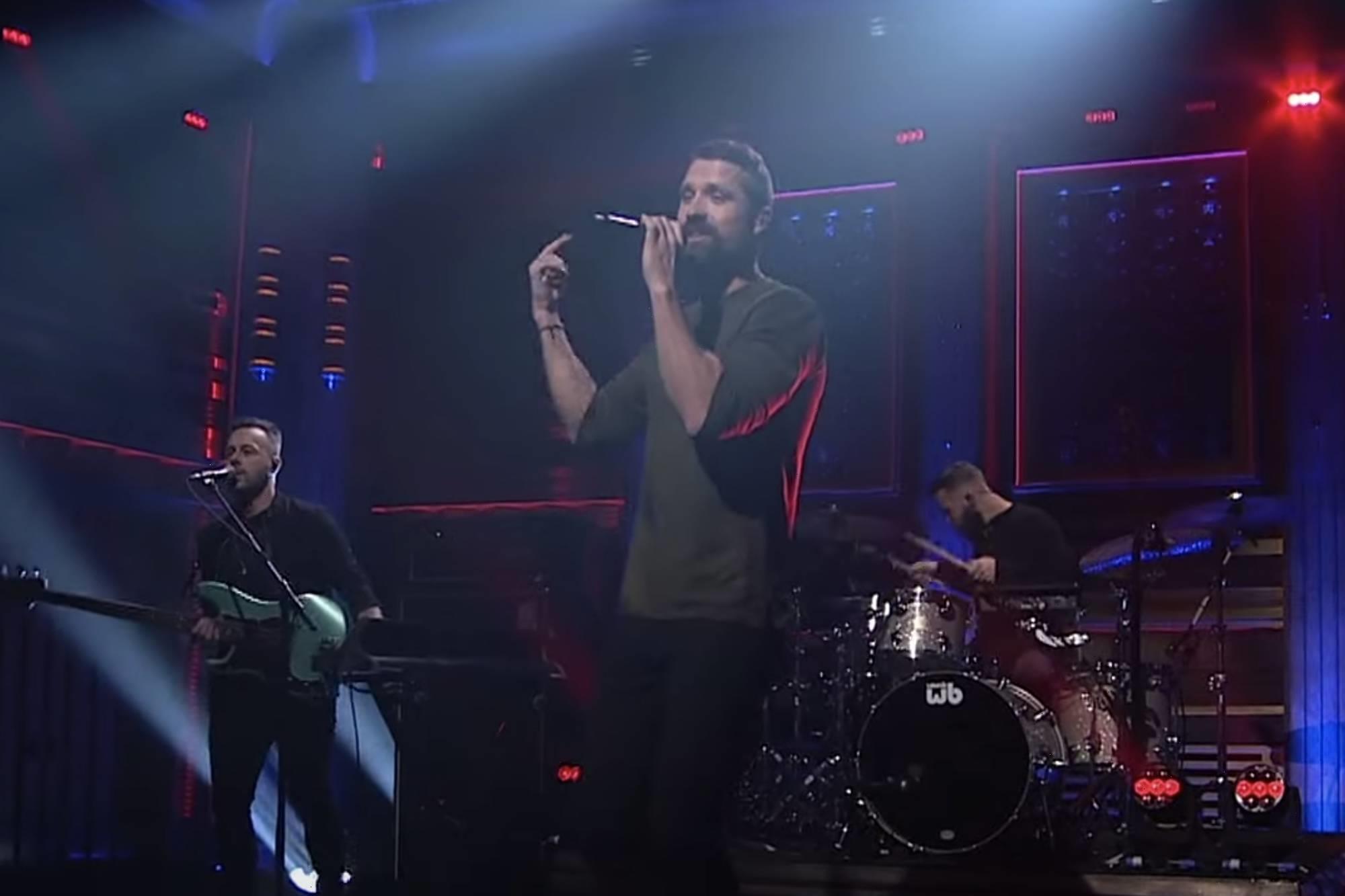 Walker Hayes made an appearance on The Tonight Show Starring Jimmy Fallon on Wednesday, performing his ubiquitous hit “Fancy Like.” The song, which has rocketed to viral and streaming success, appears on his 2021 Country Stuff EP.

Backed by a live band (and perhaps a programmed track or two), Hayes leads the small group through the hit, which celebrates an economical kind of pleasure and comfort. Splicing in a few ad-libbed “woos,” Hayes rap-sings the song, which references menu items at Applebee’s. As the chorus hits, the mix drops down to a funky drum loop and a speaker-rattling 808 bass line, supplied on a keyboard by Hayes’ bassist before the guitarist returns to the picture with his twangy, strutting riff.

“Fancy Like” is Hayes’ first crossover hit after signing his first major label country deal more than 11 years ago. A quarantine-era dance on TikTok with his daughter ended up lighting the fuse for the song, which has been the biggest country hit of the summer and now has a new version featuring Kesha. It’s not a moment too soon for Hayes, who had been wondering if major success was ever going to happen.

“I was in a place where I needed some music to get some traction and I wasn’t really counting on it,” Hayes told Rolling Stone. “I was hoping I still had a job in the music biz and could maybe find my way on country radio pretty soon — I needed to.” Currently, the song is sitting at Number Two on Billboard’s Country Airplay chart.