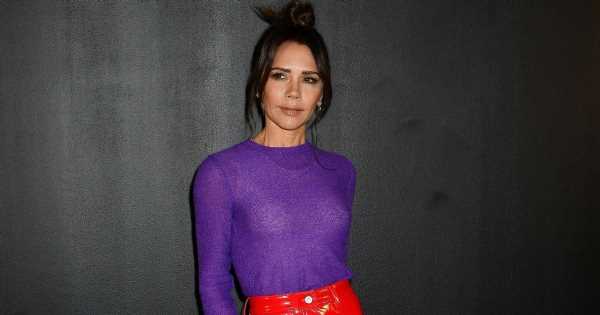 Fashion mogul Victoria Beckham quipped that she was "opening the show" alongside husband David ahead of her son Brooklyn and billionaire heiress Nicola Peltz's wedding.

Brooklyn, 23, tied the knot with the Nicola, 27, last month in an extravagant three-day oceanside celebration in Palm Beach, Florida.

But while speaking to Vogue about the wedding before the big day took place, Victoria made light of the fact that herself and David would be the first to be seen walking down the aisle at the lavish ceremony.

She said: "David and I are the first ones out on the runway," before laughing and correcting herself with, "I mean the aisle! Well, we are opening the show."

On Monday (May 23), Victoria shared a series of snaps from the sumptuous wedding on Instagram which left many of her followers in awe.

Captioning the post, she penned: "So many special family memories. Kisses."

Fans quickly flocked to the comment section to share their thoughts on the gorgeous photos which included the happy couple, ex-footballer David and the couples three other children, Romeo, Cruz and Harper.

Another impressed follower penned: "Beautiful pictures of a beautiful family, David and you must be so proud of your children."

A third wrote: "Congratulations to you Victoria for growing as a human and and as a woman to become the rock of such a beautiful family. Keep shining."

While a fourth said: "Beautiful photos and memories, Victoria Beckham."

Former Spice Girl Victoria recently hit headlines after she hinted that she will be giving up on trying to maintain her famously thin figure.

In an interview with Grazia, the mother-of-four explained: "It's an old-fashioned attitude, wanting to be really thin. I think women today want to look healthy, and curvy. They want to have some boobs – and a bum."

He said: "Since I met her she only eats grilled fish, steamed vegetables, she will very rarely deviate from that.