They are the most famous four notes in Western music (or five, if you want to get technical about the opening rest). 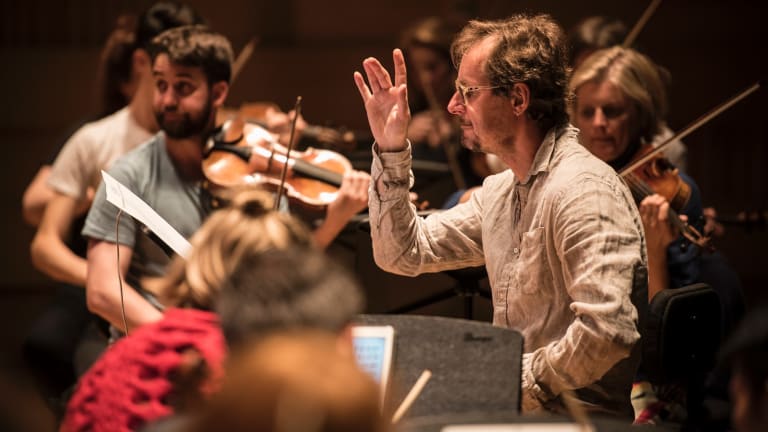 Richard Tognetti leads the ACO ahead of their Sydney performances.Credit:Wolter Peeters

Da-Da-Da-Dum: the opening of Ludwig van Beethoven's epic 5th Symphony is familiar even to those who are least engaged by classical music.

It is the task of the Australian Chamber Orchestra's Richard Tognetti this weekend to ignite afresh the imagination of Sydney audiences with this most familiar of works.

It's a responsibility he is taking very seriously.

For instance, while that famous opening motif is commonly supposed to be the sound of fate knocking at the door, Tognetti leaves another door open, pointing to the interpretation of Beethoven's own pupil Carl Czerny, who claimed the notes were based on the call of a yellow-hammer bird.

"As soon as I put it into the mind you're going to start hearing the possibility of it being a bird rather than the French Revolution," says Tognetti.

"So maybe it is a bird, so therefore we lighten the approach. And when you look at those first four played notes he only has the strings playing them and the clarinets. Clarinets are soft instruments. They're not bold. So maybe it's a softer sound that we try for even though it is a fairly loud dynamic."

One area where Tognetti says there should be no ambiguity is the tempo, which Beethoven himself marked way faster than it is often now performed.

"The one part of the decision process he has taken away that I have really adhered to is the tempo," he says.

The other half of the ACO's program will see Tognetti returning to the Beethoven Violin Concerto, a work he first performed with the orchestra in 1993.

It is, he says, difficult to get back inside the head of that performer from 25 years ago.

"It's very hard even though you are the same person," he says. "Twenty-five years ago I was probably making more instinctive interpretations and decisions and now I'm more analytical.

"I have more information to access. Sometimes the information at hand is a validation and other times it's a re-evaluation."

Regarding the violin concerto, specifically, one clue has been, he says, staring at him "in plain sight" – Beethoven's own frequent marking, "dolce" (sweetly).

"He writes this so much," says Tognetti. "I can get it sweeter than I used to imagine it."

The ACO performs on period or replica instruments, which allow the ensemble to do better justice to the original markings.

"What these old instruments immediately do is offer different textures and a portal into a softer sound," says Tognetti. "Now if that stretches people's hearing maybe in this day and age that's a good thing."

However, in the end, analysis and research can only go so far.

"Once you start performing, it's gut and visceral. Once you walk onto that stage it's not cerebral, it's got to be driven by yourself."