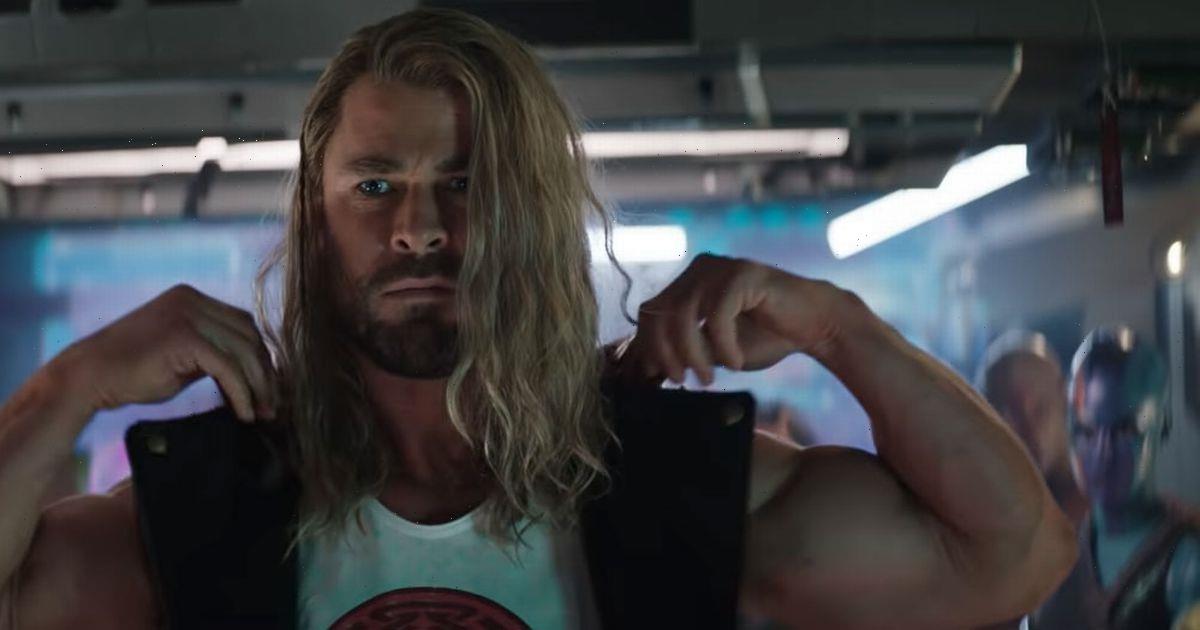 Marvel audiences are urging bosses to put a trigger warning ahead of Thor: Love and Thunder before screenings.

Despite the Hollywood film gaining rave reviews from critics, some fans are up in arms over several graphic scenes in the film involving one character's medical status.

The Taika Waititi helmed flick shows the King of Asgard, Thor, played by Chris Hemsworth, teaming up with his ex girlfriend Jane Foster (played by Natalie Portman) in order to defeat Gorr the God Butcher (played by Christian Bale).

Gorr is the new "formidable" galactic killer who seeks to destroy all of the gods and wields a "strange and terrifying" sword against Thor's famous hammer.

But despite the extreme new threat from Bale’s character, it’s Jane that has movie-goers concerned as she is depicted to be battling stage four cancer and undergoes chemotherapy treatment with fans taking to social media to express their thoughts.

One user wrote: "No spoilers, but Thor: Love and Thunder should have had a trigger warning for graphic depiction of cancer and the fact that we didn't know going in is atrocious."

Another exclaimed: "Thor spoilers. If you have medical or cancer triggers, I’d do some light googling on the plot before deciding to see it or not."

While another user took to writing their own warning for fellow Marvel watchers saying: "If you plan on seeing Thor: Love and Thunder please know there is a TW: cancer. I wish someone had let me know so passing this TW on. Please take care of yourself mentally and emotionally."

Whilst a viewer fumed: “I think the most disgusting thing about Thor: Love And Thunder is the way they handled Jane Foster’s cancer. Specifically the chemo scene. It’s a delicate thing to deal with, especially in a superhero movie for kids, but holy d**n if you can’t do it with respect don’t do it at all.”

However whilst some users expressed a dislike towards the heart-breaking medical storyline, other fans hailed Natalie Portman’s performance as the highlight of the film.

One user wrote: “I didn’t realise how much I needed Natalie Portman as Jane Foster again until I was crying and laughing over every scene she was in. She stole this movie for me. The perfect mighty Thor.”

While another wrote: “I think Jane Foster’s Mighty Thor was brilliant. Her whole reasoning for being a hero and other stuff was phenomenal. She’s also badass af.”

And a third fan also praised the scenes: “Jane Foster’s storyline had insane emotional resonance for me. Both my mother and a close friend battled cancer a couple years ago. Thor’s desire to protect Jane and Jane’s struggle to keep fighting really hit home. I think we all needed to hear a story like this.”

And another praised the director Taika Waititi for his treatment of the issues, especially as it personally resonated with their own family’s struggle.

They wrote: “Thank you for Thor Love and Thunder, my mom has stage 4 cancer, we laughed we cried and in the end it was amazing to see a bada** fighting and not just suffering. Valhalla for my mom and Jane Foster! Thank you!"

The latest Marvel flick, also starring the likes of Tessa Thompson and Russell Crowe, had a very successful opening weekend.