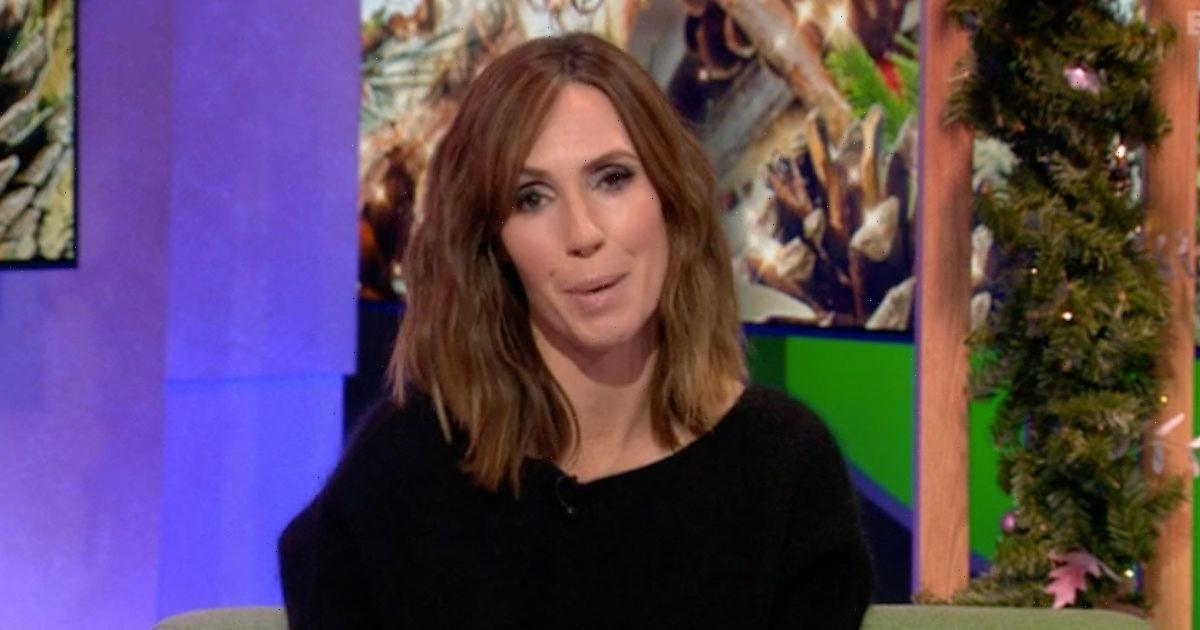 Alex Jones has shared a sweet photo of her children while enjoying a family weekend together.

The One Show presenter rarely shares snaps of her children but when she does, she always hides their faces.

At the weekend, the BBC star posted a number of photos of her family wandering in the countryside and exploring the woods.

The 44-year-old married Charlie Thomson in 2015 after the pair met a few years before at a party.

The couple share three children together, sons Teddy, four, Kit, two, and a daughter Annie who they recently welcomed in August last year.

In the first snap Alex can be seen posing in the woodland while carrying her baby on her chest.

The TV star beamed at the camera as she sported a pair of wellies and a warm coat.

In another snap, the welsh star gives her sons some attention as she hugs Kit while her husband can be seen helping the boys in a video as they slide down a steep hill in the forest.

The boys can also be seen having fun while splashing around in a hot tub.

Fans couldn't get enough of the sweet snaps and shared messages with Alex.

One penned: "Very special time for you and your family. Kids grow up so quickly."

A fourth added: "Nothing like playing in the leaves and dirt."

Earlier this month, the welsh beauty admitted she "hates" watching herself back on TV despite hosting her BBC One show for over a decade as well as others.

Alex was join by her former footballer co-host Jermaine Jenas on the green sofa as they spoke to comedian Romesh Ranganathan.

Romesh, who is now the host of The Weakest Link, said that he finds it "unbearable" to watch himself back on the television, so he avoids it unless he has to.

Romesh said: "I can't stand watching myself. I find it unbearable to watch myself on TV so I don't ever watch. All I see is what I did wrong, I think I look smug, I hate what I'm doing."

Host Alex was quick to replying saying "same", she admitted: "Yeah, I hate it as well. I hate my voice."