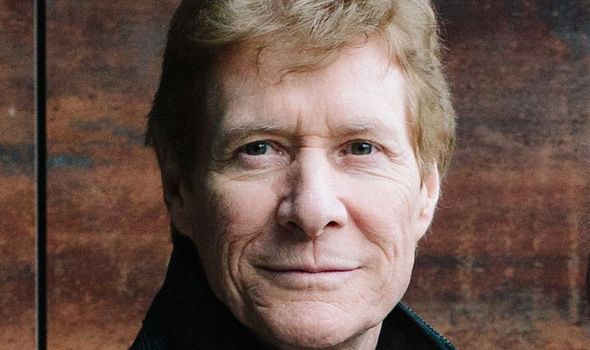 At 18, Paul Pond had his future all mapped out. The former chorister from a respectable middle-class family was at Jesuit College studying English and aspiring to become a poet – until the fateful day he heard the record that changed his life.

“I’d done one term at Oxford and came home to Plymouth – my father was in the navy and was stationed there,” Paul, 79, tells me. “I discovered a shop called Pete Russell’s Hot Record Store and I’d go in and listen to music for hours at a time. One Saturday, Pete said, ‘You like the blues, what do you think of this?’…”

It was T-Bone Blues by Aaron ‘T-Bone’ Walker, the brilliant black American guitarist credited with inventing electric blues. “It was wonderful,” recalls Paul, misty-eyed with nostalgia. “Blues with an electric guitar and socking great hefty backbeats, and trumpets and saxophones doing stabs… it was so powerful. It was the opposite of the music I heard at home. My parents liked classics and light classics, and Ivor Novello.

“This was very direct and openly emotional – just what you want as a teenager. That was the day I decided what I’d do for the rest of my life.”

The world lost a poet and gained Paul Jones.

Blues wasn’t the first music to turn Portsmouth-born Paul’s head. “My mother played the piano very well and my father played the violin, but the first music that gave me goose-bumps was jazz,” he recalls. “I was 14 and listening to King Oliver’s Creole Jazz Band playing songs like Mabel’s Dream. It was stunning. I can still hum it, and if I do I get goose-bumps even now.”

19-year-old Paul began hitchhiking to The Ealing Jazz Club in West London — the birthplace of the British blues scene — after his guitarist chum Brian Jones told him about Alexis Korner’s Blues Incorporated who played every Saturday.

“It was small yet kind of cavernous, with a lot of small spaces inside,” he says. “I remember the condensation, from sweat and breath. It wasn’t ventilated at all. It caused problems for drummers because the drum heads would sag.

“Brian lived in Cheltenham and I was back in Oxford working as a travelling salesman. He’d stay at my flat some weekends and we’d find a party to gate-crash, or a gig.”

Paul’s gifted guitarist was getting married and his beloved ordered him to stop gigging, so Paul asked Brian to join.

“He said, ‘I don’t want to be in a band unless I’m the leader…’. Shortly after, in March 1962, Brian called me and said, ‘I’m starting a band, and taking it seriously; I’m going to get very rich and very famous – do you want to be my singer?’.

“I said no, because I had a job, I’d auditioned to be in the Adelphi dance band which was full of jazz musicians who couldn’t make a living playing jazz.

“I didn’t think Brian’s band would make money. I thought it was a pipe-dream.”

A smart call. Who knows what became of the obscure combo Brian formed with some no-marks called Jagger, Richards, Wyman, and Watts (R.I.P)?

Paul made an impact in Ealing, though. “I’d always be near the front looking expectantly at the bandleader who’d call me or Mick Jagger up to sing…”

South African keyboardist Manfred Mann was putting a band together, and Paul got a call saying, “We need a shouter”…

Manfred Mann & The Manfreds formed in 1962, becoming simply Manfred Mann soon after. They had their first hit in ’64 with their third single, 5-4-3-2-1 – written as the theme tune for ITV’s Ready Steady Go. “We were overnight successes with years of experience.”

Do Wah Diddy topped the charts here and in the USA but American success eluded them. “We toured in early 1965, but didn’t set the world alight. I don’t think we were with the right impresario. But at least I made friends with {pop duo} Peter & Gordon.”

Touring with Manfred Mann wasn’t exactly Rock’n’roll Babylon. “It wasn’t a crazy group. Even our humour consisted of in-joke catchphrases.

“The wildest it got was when we toured Australia in 1965. We got there to find Roy Orbison and the Rolling Stones already on tour. The fans screamed – that was the thing – and threw toys on stage. We encouraged the girls to go barmy. The security got more and more cross. Eventually, they switched the power off. We thought great we can go and see the Stones…”

I didn’t think Brian’s band would make money. I thought it was a pipe-dream

Another Australian tour, with The Who and the Small Faces, was too much for Paul. “It was really crazy. I thought there’s got to be something more sensible a grown man could do for a living.”

Jones quit in 1965 but had to stay on for nine months. “They wouldn’t let me go! Lawsuits were mentioned, but when they calmed down, they asked me to stay until they found a replacement” – who was Mike d’Abo.

He never said goodbye to Mann. Instead, for a laugh, the band convinced him their driver was drunk. “The last I saw of Manfred was him running behind the van shouting ‘You’ll all be killed!’.”

It took years for fans to stop calling the singer Manfred…

Paul, who had secretly married novelist Sheila MacLeod in 1963, had a couple of solo hits, but found a second successful career as a stage and screen actor – appearing in The Sweeney and Space: 1999, and opposite Jean Shrimpton in 1967 cult film Privilege.

A theatre director had asked him to do two one-act plays and he got the bug. Conduct Unbecoming ran for a year here, and then in New York where he relocated before starring in jazz opera Escalator Over The Hill with Jack Bruce and Linda Ronstadt.

“I enjoyed acting but I started to miss live music. Back home, as soon as the curtain came down, I’d find a pub where there was a band playing. I was desperately missing the blues.”

In 1979, he formed the Blues Band and later joined the Manfreds (minus the Mann himself, who’d formed Earth Band).

Paul has two grown-up sons from his first marriage, and is married to actress Fiona Hendley-Jones. Once an atheist, he converted to Christianity in the 1980s after Cliff Richard invited him to an evangelical event, but he never lost faith in rhythm & blues, hosting Radio 2’s blues show for three decades.

He campaigned with George Melly’s wife Diana against the Conservatives in Hampstead in 1964, but swerves politics now.

Paul owes his youthful looks to his healthy, clean-living lifestyle. “It’s not at all boring,” he insists. “I never gave up drinking, I seem to drink less and less, just the occasional glass of wine.”

The Manfreds are back touring in October, with special guest Georgie Fame. “I love it,” the perennial bluesman enthuses. “I’ve got lots of boltholes and a gig every night.”

If it hadn’t been for music, he says he’d have had a life of “producing slim, self-published volumes of poetry, reading it at poetry and jazz events, and possibly a job as a librarian or a teacher to make ends meet.