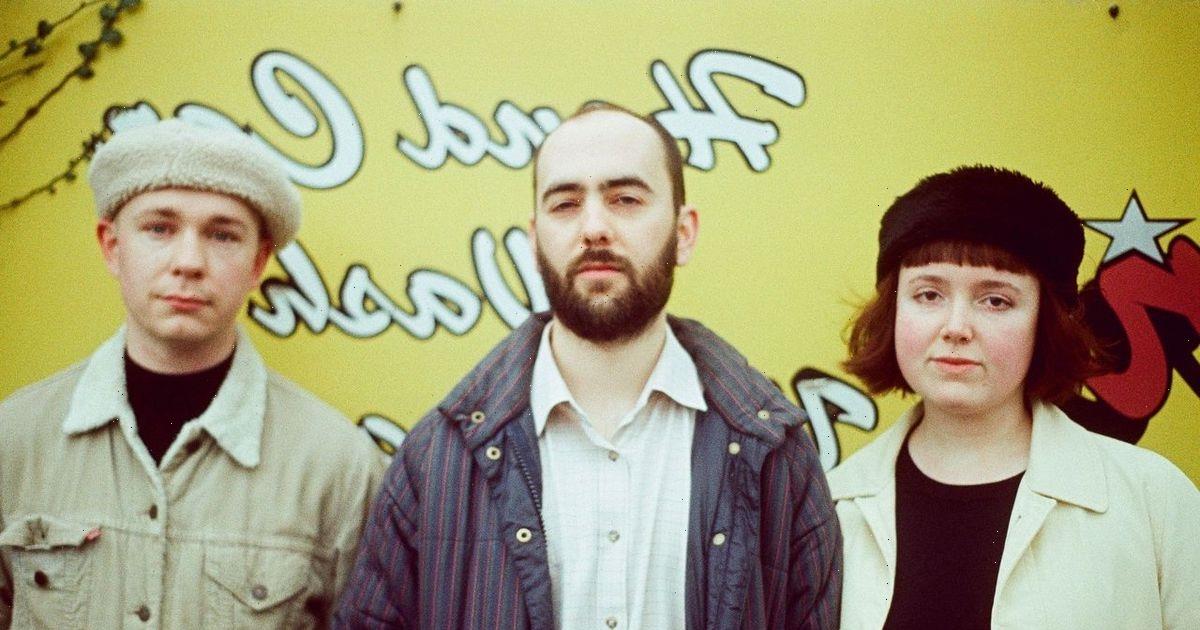 Introducing Manchester’s The Early Mornings – a three-piece post-punk ready to take up their place in the storming charge of UK and Irish guitar bands tearing up the scene.

The trio, consisting of guitarist and lead singer Annie Leader, bassist Danny Shannon, and Rhys Davies on drums, are an enthralling proposition as they channel influences ranging from The Velvet Underground and The Raincoats to Close Lobsters the The Breeders with poetic, observational lyricism.

The self-produced video for single Blank Sky perfectly represents the band’s approach to their creative output – a surreal snapshot of Manchester skylines and buildings interposed with artistic references over its wiry guitars.

“We wanted to reflect the sparseness of the music and use shots that gave a lot of time and suited the amount of space in the song”, Annie explains to Daily Star.

After forming in 2018, they’ve cut their teeth touring around the UK and recording home demos, culminating in the release of debut single Artificial Flavour in 2020.

Daily Star’s Rory McKeown caught up with Annie, Danny and Rhys to find out more about their journey so far, Unnecessary Creation, and their influences.

Hi guys. Tell me more about The Early Mornings. How and when did you get together?

Rhys: “I answered an ad to play drums in a band and I met Annie and Danny at an old mill where they had a practice room. But I went to the wrong mill on the opposite end of town and turned up over an hour late.”

Annie: “Yeah that was a couple of years ago now and we'd been looking for a drummer for a while. Rhys answered an ad we put out and he picked up the songs really quick and had the right style of playing.”

Danny: “Me and Annie had been writing songs together for a bit but we'd only played a couple of gigs, without a drummer.”

How have the past 12 months been for you? How have you navigated a global pandemic as a band? Have there been any challenges?

Rhys: “Apart from not playing gigs there wasn't much change and we still practiced.”

Danny: “Being on furlough was fun but then I got made redundant the day before they extended it."

Annie: “I think it was a good thing to step back a bit from gigging and think about what we wanted to do. It was during lockdown we decided to move as a band to London and laid out the plans for recording the EP.”

You’ve released your debut EP Unnecessary Creation. What was the writing and recording process like?

Annie: “A family friend called John Ellis has a recording studio in his home, in what used to be the ballroom of an old house. He heard us and invited us to record at his which was perfect timing for us.”

Danny: “There was a laid back atmosphere to recording and doing it live allowed us to capture the energy of the songs. Will, who recorded us, really understood what we wanted which made it a lot easier.”

Rhys: “We finished writing Blank Sky, the first single, a couple of days before we recorded it and then did the other five all in the same session. I remember the green bathroom there was particularly nice.”

What were you consuming for inspiration during its creation? What are the themes running throughout its tracks?

Annie: “Because the songs were written at different times spanning a couple of years it's hard to pin point particular inspirations. Listening to other bands with one guitar gives me inspiration, such as Meat Puppets, Eddy Current Suppression Ring and Close Lobsters.”

Rhys: “Minimalist drumming styles from bands such as The Gories, Velvet Underground . Also, Annie made me Jam sandwiches at the studio.”

"In terms of themes, there's lots of contradictions; romantic moments alongside an indifferent realism; wanting nothing but not being content; abstraction paving over the concrete; a manifesto for nothing.”

The self-directed video for single Blank Sky is a fly on the wall-style insight into Manchester with shots of architecture and shopfronts. What was the idea behind the clip?

Danny: “You can almost view the shots of the buildings as if they're paintings, in terms of how we framed them and the composition. We wanted to choose locations that might usually get overlooked, but had a certain character.

“Interspersed between them are references to famous art pieces of the last century, which is basically just us messing about.”

Annie: “We wanted to reflect the sparseness of the music and use shots that gave a lot of time and suited the amount of space in the song. We wanted the cuts to change with the pace of the song.”

Being from Manchester, a city with rich, artistic heritage, how has it city moulded you as a group and people? What’s the scene like there at the moment?

Annie: “It's great to be raised in the same city as some your favourite bands like The Fall, The Buzzcocks, The Smiths, Happy Mondays, Stone Roses, Durutti Column. But sometimes it can feel like the city relies on its past a lot. Manchester has a good DIY scene but it probably lacks a lot of the influence it once had.”

Danny: “You always felt like you were in a place where things were happening and most bands will usually play there if they are touring. For a pretty big city it's a close-knit scene where you get to know people quick and see the same faces.”

Rhys: “Well I moved to Manchester when I was 18, but I'd grown up going to gigs over there and always loved it. There's a bunch of great bands, radio stations, little labels, promoters and artists knocking around who are really passionate and talented people.”

Who would you say are The Early Mornings’ main influences?

Annie: “We definitely share a similar taste, especially because we spend so much time listening to music together. Some of our favourites are The Breeders, The Raincoats, The Velvet Underground, Cate le Bon.”

Danny: “When I first met Annie, every band she showed me I loved and vice versa. Personally, Brian Ritchie from The Violent Femmes is one of my favourite bassists and alternating between simply supporting Annie's guitar and then being the lead, melodic instrument is something that interests me.”

Rhys: “It’s like a venn diagram with a nice chunky growing middle.”

How would you describe The Early Mornings sound?

Danny: “Somewhere between art rock/post-punk/pop. I think it changes with each song. I like catchy, fast music with interesting lyrics.”

Annie: “A mixture of abrasive and melodic.”

Rhys: “I would probably describe our sound as ‘post-punk/alt-rock’ because it's nice and vague but definitely puts people in the right ballpark.”

Do you have an ultimate goal?

Danny: “A follow-up EP and then ultimately to play in as many places as we can and work on the first album.”

Annie: “Having someone to drive us around to gigs would be nice.”

Rhys: “My ultimate goal would be to have a balcony cause I really love them, but if my work coach is reading this – my ultimate goal is to get off universal credit.”

The Early Mornings' EP Unnecessary Creation is out now