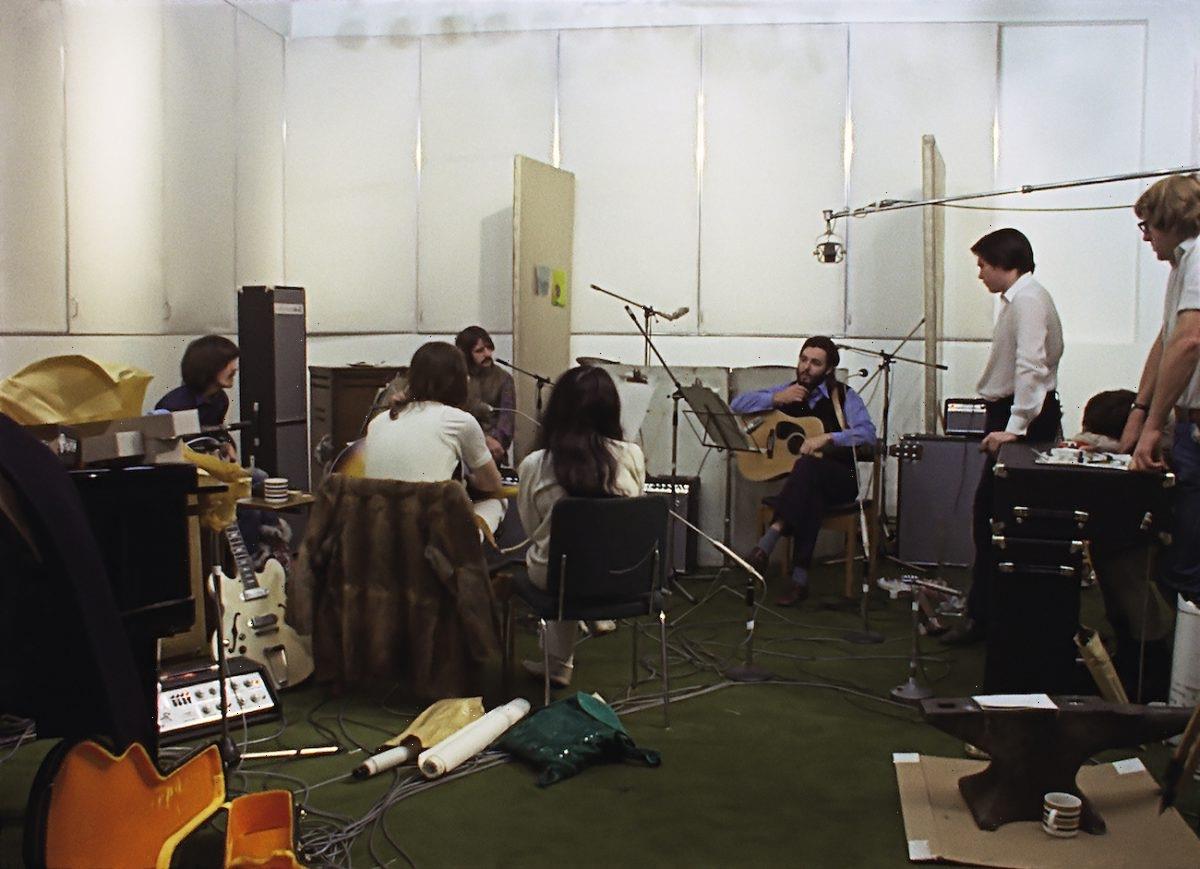 Peter Jackson had a lot of work to do when Apple gave him the task of transforming 60 hours of footage showing The Beatles making what many people thought was their breakup album into a two-and-a-half-hour documentary. As a director, he could do it with no problem. However, as a Beatles fan, it was a bit harder. Some emotions were attached to the project. Jackson couldn’t part with many scenes. So, he doesn’t feel bad about the resulting eight-hour, three-part final cut. He was doing die-hard Beatles fans, including himself, a favor, and we commend him for it.

During an interview with Variety for an episode of “Doc Dreams,” Jackson said he had a lot of weeding down to do when Apple first gave him access to the 60-hours of tape that Michael Lindsay-Hogg filmed for Let It Be in 1970.

“When I first met with Apple, they were just wrapping up ‘Eight Days a Week’ with Ron Howard,” Jackson explained. “And so when we talked about doing something with the outtakes from ‘Let It Be,’ a theatrical film was certainly the plan going in.

“Then when I started working on it with Jabez (Olssen, his editor), we had 130 or 140 hours of audio and 60-odd hours of video footage, and so we thought, ‘Let’s at least just get it down to something that we can manage.’ That’s when the 18-hour cut happened, but the plan was to keep going and make it two and a half hours.”

Jackson also had the fun task of getting Paul McCartney and Ringo Starr to OK the project. None of The Beatles enjoyed Lindsay-Hogg’s Let It Be. They thought it was dull, and they bought into the myth that the film showed their split. However, after showing Paul and Ringo some early clips, they realized the footage didn’t just show the bad times. It showed beautiful moments of collaboration.

The pandemic gave Jackson and Olssen another year to edit, but all that did was entice Jackson to make the documentary longer. They went back through all the footage and realized they’d overlooked some great bits. Then, it was down to six hours, and Jackson didn’t want a single minute removed.

Jackson ultimately landed with a six-hour documentary by the end of the pandemic. He saw no way of getting it down to two-and-a-half hours.

“And so then the moment came where we just thought, ‘How on earth did we get it any shorter than this?’ Because at that point, you’re starting to commit a crime against rock ‘n’ roll history if you start trimming any more out, because there’s stuff there that people have to see.

“They haven’t seen it (yet) in 50 years, and anything that we weren’t going to put in this film, I was painfully aware, was likely to go back in the vault for another 50 years. So long as it told a story, and it wasn’t just gratuitous nonsense, if it was something that was important for people interested in the history of the Beatles to see, it should be in there.”

Jackson then had to go to Disney, The Beatles, and Apple Corps. They asked to see it, and “that was the most nervous time I’ve had on this whole project, waiting for their verdict … The Beatles were the ones that we were waiting for them to look at it –Ringo (Starr) and Paul (McCartney) and Olivia (Harrison) and Sean (Lennon) — and the verdict came back from them saying: ‘Six hour — great. We understand why it’s six hours. We’re happy with a six-hour version.’”

So, if Jackson had the support of The Beatles, why would he change the documentary for some fans who thought it was too long? The Beatles supported Jackson in another area too.

In an interview with NME, Jackson explained that The Beatles also supported him in keeping the swear words in the documentary. Initially, Disney wanted them censored. However, that would have changed everything.

“Paul describes it as being very raw,” the director said. “He said to me: ‘That is a very accurate portrayal of how we were then.’ Ringo said: ‘It’s truthful.’ The truthfulness of it is important to them. They don’t want a whitewash. They don’t want it to be sanitised.

We’re glad Jackson worked so closely and respectfully with The Beatles. Once they saw that the footage showed a different side to the group, Paul and Ringo clearly wanted to help Jackson in any way.