Take That purists rejoice! Robbie Williams is set to rejoin the band for a very special performance later this year.

Raising money for Sir Elton John’s AIDS Foundation, the iconic boyband will get together at London’s Theatre Royal Haymarket on December 4 for the gala opening night of The Band, the musical based on Take That’s greatest hits.

Co-hosted by David Furnish (Sir Elton’s husband), tickets for the posh event don’t come cheap. Table seats are available from £1,000 per head, although dress and upper circle seating starts at £50. 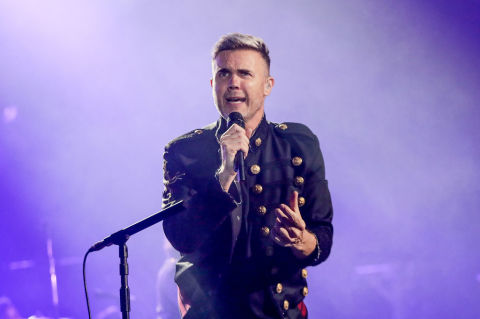 Speaking to The Evening Standard, Gary Barlow said: “The show is a fantastic night out and has turned out better than we could have ever hoped. The story will definitely surprise people who are seeing it for the first time. We’re so proud of it.

“We’re delighted to be supporting the Elton John AIDS foundation on our gala night and hoping the crowd bid high for some exceptional lots, as the money will go to a fantastic cause.”

Sir Elton added: “David and I are deeply grateful for the generosity of everyone involved in this production, not least Take That, to raise funds for the Elton John AIDS Foundation. It will be a fantastic night.” 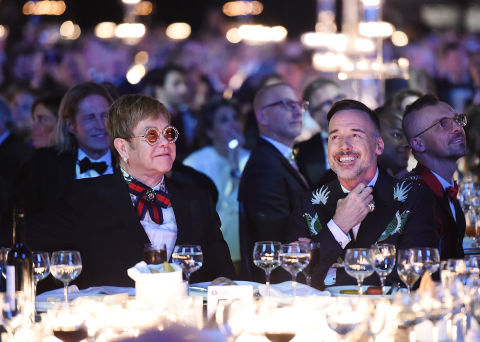 The Band tells the story of five female pals who bond over a boyband during their teenage years. The musical joins the characters when they’re 16 and then fast-forwards to their 40s to see how their lives have altered.

Ahead of their massive tour next year, Take That recently dropped a brand new song for fans alongside the tracklisting for their new greatest hits album.