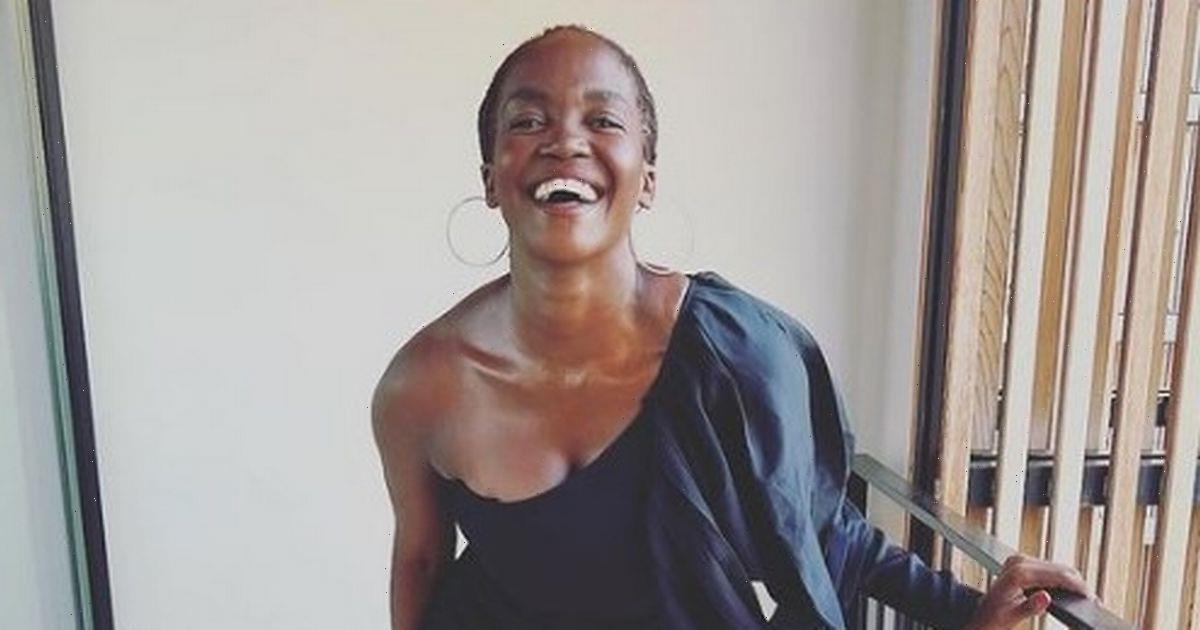 The TV star looked nothing short of sensational as she posed wearing a one-shoulder mini dress that featured feather detailing across the bottom.

Gazing into the camera, the dancing pro sported a beaming smile and showcased her never-ending pins in the black ensemble which she contrasted with a pair of white pointed heels.

Oti, who hails from South Africa, pulled her locks back into an elegant low ponytail and accessorized with a pair of silver hoop earrings.

The Masked Dancer star couldn't help but smile as her husband of eight years, Marius Iepure, planted a tender kiss on her cheek in the final snap.

The Celebrity Masterchef star captioned the candid post: "So this is 32. I had this long post that was endless.

"But I deleted it and instead I just want to say “thank you for being able to share 32 years with all of you and I’m looking forward to the next” thank the influx of messages has been amazing I am so so so grateful to you all."

Her former Strictly co-star Giovanni Pernice penned: "Happy bday," alongside a trio of heart-eye emojis while Dancing on Ice professional Mark Hanretty commented: "Happy birthday and here's to another amazing year for you and yours!"

Ringing in her 32nd birthday in style, the Dancing on Ice judge took a trip to Ibiza hotspot O Beach with her husband and a group of pals, including former Coronation Street actress Brooke Vincent and comedian Russel Kane.

In February of this year, Oti announced that she would be leaving Strictly after seven years.

The Latin American and ballroom dancer was crowned Strictly winner in 2019 with the actor Kelvin Fletcher and in 2020 with the comedian Bill Bailey.

Several of the contestants for this year's series have already been announced, including football legend Tony Adams, Loose Women panellist Kaye Adams and Paralympian Ellie Simmonds.