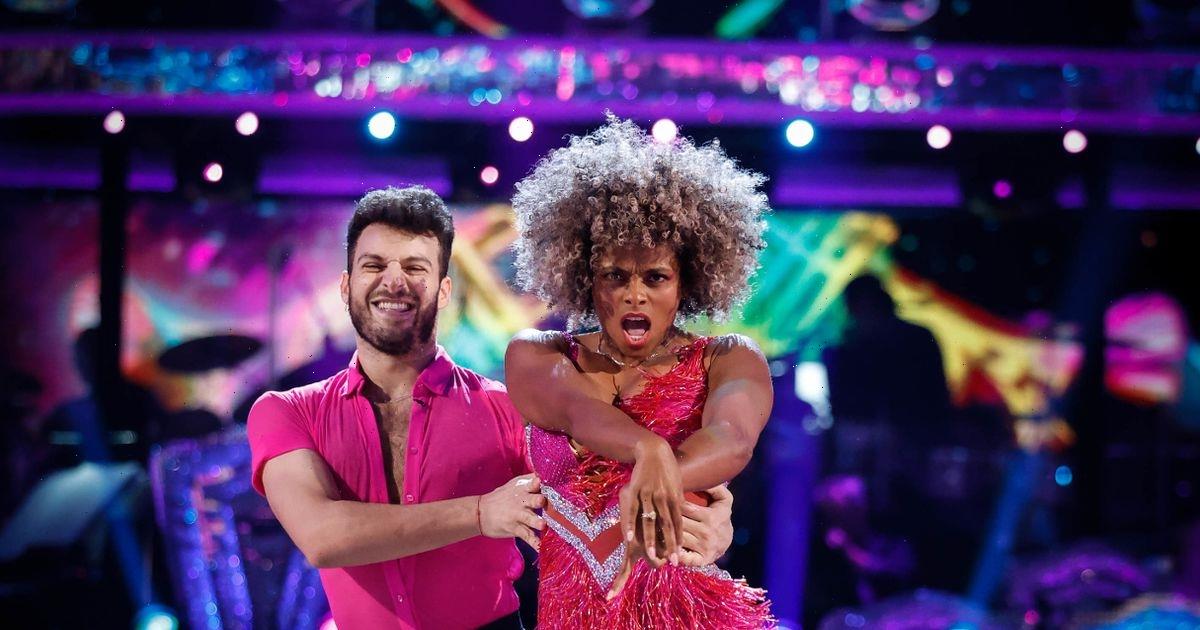 Strictly Come Dancing star Fleur East was told off by her professional dance partner Vito Coppola after he injured his arm, which was caused by falling off a chair.

Fleur recently took to Instagram to provide her fans with insight on what goes on behind the scenes during her dance rehearsals with Vito.

But the Strictly stars appeared to be having more fun than doing actual training which later resulted in Vito injuring himself.

After showing fans his bruised elbow, he later jumped back onto to Instagram to scold Fleur on the fact she wasn't doing any work.

Vito said: "Anyway I was saying that anyway, why are you not practicing?"

Fleur responded: "Oh now you want to be serious? After you wanted to be the phantom and fall into mirrors," she giggled.

X Factor singer Fleur has done brilliantly in the competition and appears to be going from strength to strength.

During last weekend's episode, Vito and Fleur scored 32 points, landing them third place on the leader board.

Speaking about Strictly on the Pride of Britain red carpet on Monday (Oct 24) Fleur sang her dance partner's praises.

She said: "He's so good. I'm absolutely loving it, to be honest. After being in the dance-off in week three I was like, 'No, I really want to be here! I've got a feeling of what it's like to nearly not be here. I'm like, 'I'm not done yet!'"

The news comes after Jayde Adams and her dance partner Karen Hauer was eliminated from the BBC competition on Sunday night (Oct 23).

Landing herself in the bottom two alongside singer Molly Rainford and professional dancer Carlos Gu, Jayde was clearly gutted to be leaving the show.

Just before her exit, Jayde told presenter Tess Daly: "This has been the best thing I have ever done in my life and I will carry it to my grave, and it has been an absolute pleasure working with you [Karen] and learning about so much that will go into my own stuff, in my own work.

"You are one of the most gifted people I have ever worked with Karen."