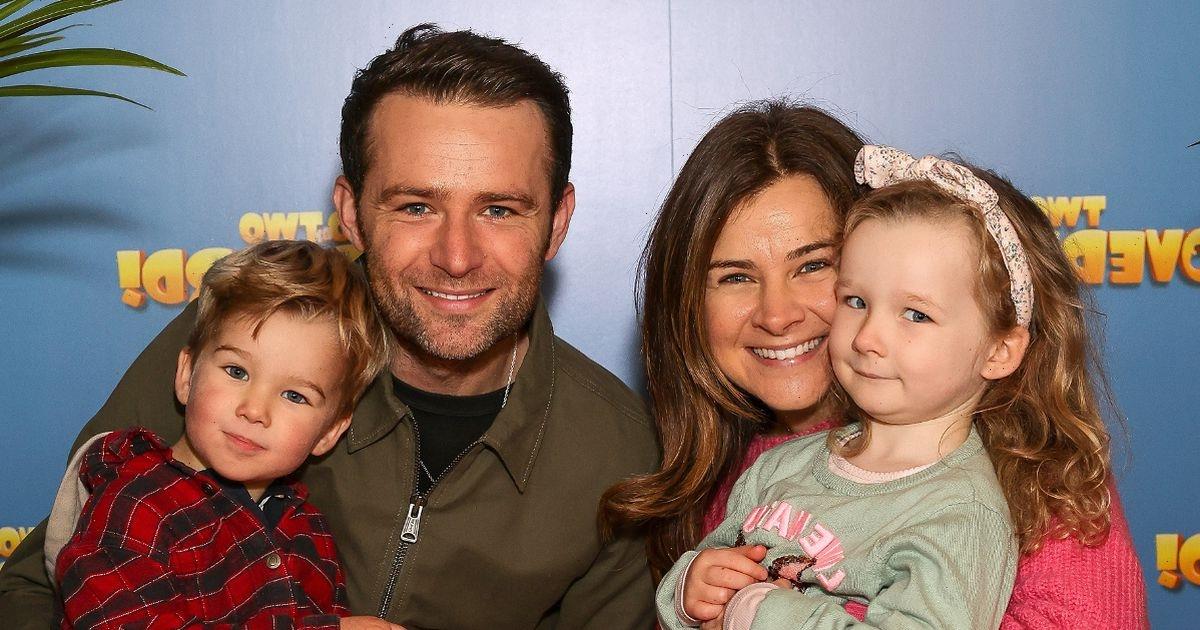 Harry Judd’s supportive wife Izzy has revealed her husband taught their daughter Lola how to ballroom dance when the UK went into a national lockdown.

As McFly continue to push on with their UK tour, the 37-year-old has shared some backstage secrets for their 2021 UK tour as they prepare to see their frontman Tom Fletcher return to the dancefloor.

But it’s not just Tom who has jumped into his dancing shoes this week, as the professional violinist confessed her Strictly Come Dancing winner still finds the time to bust out some moves on the dancefloor.

Harry took home the glitterball trophy in 2011 with his partner Aliona Vilani after they stole the nation's hearts with their impressive Rumba more than a decade ago.

And although the doting dad has returned to the rock and roll life of a musician, his wife has revealed he still finds time to teach his daughter some moves.

In an exclusive chat with the Daily Star, Izzy has shared what her experience was like watching Tom take part in the hit BBC One dance competition after her husband's previous success .

She gushed: “I love Strictly, oh my goodness. Obviously, Harry did it, but I’ve always loved watching Strictly. What an amazing opportunity to go on that show and learn to dance.

The musician confessed watching Tom take to the stage has filled her with all the same love and excitement she had when she watched Harry take part on the show more than a decade ago.

She shared: “I’ve been in Giovanna’s shoes sitting and watching and thinking, ‘Oh my goodness’ [but] it’s an amazing thing to watch your loved one learn to dance and, gosh, they put so much work in, it’s crazy.”

As she reminisced about his time on the show, she revealed how the boyband member will occasionally show off his ballroom skills when the pair go out for a date night together.

Izzy recalled: “I really remember Strictly. It was a really happy time watching Harry just learn to dance, even now, on a dancefloor, he’ll whisk me around.

“It’s funny to think how he used to dance and how he is now. It's a great skill.”

But Izzy isn’t the only lady in his life who he has taken to the dancefloor, as the doting dad decided to pass on his fountain of knowledge to his five-year-old daughter Lola when she was unable to attend her ballet lessons during lockdown.

She admitted: “It’s very sweet. He dances with Lola and Lola loves to dance; she really just adores it.

“Especially during lockdown, he would always get dancing with her on the kitchen tiles [and] show her some new moves.”

It comes after Tom Fletcher confessed his eldest son seven-year-old Buzz has given him plenty of suggestions ahead of movie week, which the singer revealed is one of the routines his son is most looking forward to.

In an exclusive interview with the Daily Star amongst other publications, the lead singer shared his son’s thoughts on his participation in the show which he calls a “national treasure.”

He admitted: “[Buzz is] really looking forward to movie week and musicals week, if I get that far.

“He’s given me loads of ideas, just whatever movie he’s into most at the time is what I should dance to.”

But in preparation for the show, Tom revealed his children get embarrassed when they see their pop star dad bust some moves in the house.

“You know like looking at your parents kiss or something? When they look at me dance, they’re like, ‘Ew that’s so gross dad, what are you doing?’

“So, I don’t know what that says about my dancing ability,” he quipped.

And it’s fair to say, fans can’t wait to see what Tom and Amy have in store for viewers this week after the blond bombshell revealed he would be returning to the dancefloor after their Covid test came back negative.

The dynamic duo have since shared how they will be performing to the theme tune from Back to the Future on Saturday night despite only having three days to rehearse before the live show.