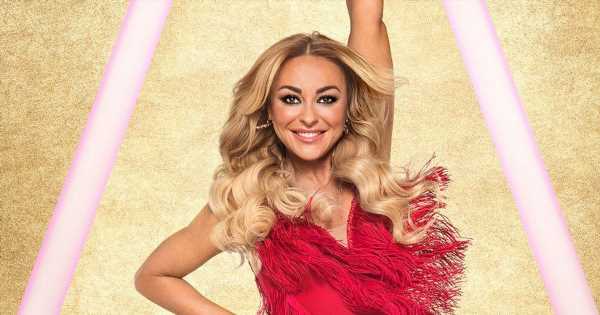 Strictly Come Dancing professional Luba Mushtuk won't be joining the main cast of Strictly for this year's series, it has been claimed.

Russian dancer Luba, 30, joined the hit BBC show back in 2018 and she won the Children In Need special that year with Boyzone star Shane Lynch.

However, the star has reportedly been left out of the cast for the upcoming series of the dancing show as the show's celebrity line-up was revealed – including BAFTA-winning star Robert Webb.

In recent years, Luba has had a less successful time on the show since her Children In Need win, as she became the first to be dumped from the show in 2019 with rower James Cracknell.

She then only lasted two weeks in the competition in 2020, when she was partnered up with former NFL player Jason Bell.

Speaking to The Sun, a TV insider said: "Although a highly regarded dancer, she hasn’t quite enjoyed the same profile as other pros on Strictly since she first joined two years ago.

"That’s partly because she was paired with James Cracknell and Jason Bell, both of whom went out early."

Meanwhile, Luba's fellow professional dancer Neil Jones is allegedly set to make his return to the cast of the show after his absence from the competition last year.

The 39-year-old joined the Strictly team back in 2016 – participating in ensemble dances and being on standby in case the show faced injuries.

However, he's only had one celebrity partner so far – footballer Alex Scott – during the Children in Need special in 2016.

The same TV source said: "Neil will be thrilled by this turnaround as he must have wondered whether his star would drastically fade without a famous face to be partnered with."

"The fact he has got a pairing will seem like an even greater feat given that Luba has been denied one."

Although he hasn't been a main player on the BBC One show, Neil made the headlines back in 2018 when his wife Katya Jones was snapped smooching her dance partner, comedian Seann Walsh.

Katya, who is also a professional dancer, apologised along with Seann for the kiss, but Sean split from Katya.

The former couple announced their split in August 2019 – insisting they would both continue to appear on Strictly and remain friends.

Last year, the Russian dancer made history when she was partnered up with retired Olympic champion boxer Nicola Adams – with the pair becoming the first ever same-sex couple to take to the dance floor on the show.

The Daily Star has approached the BBC for comment.