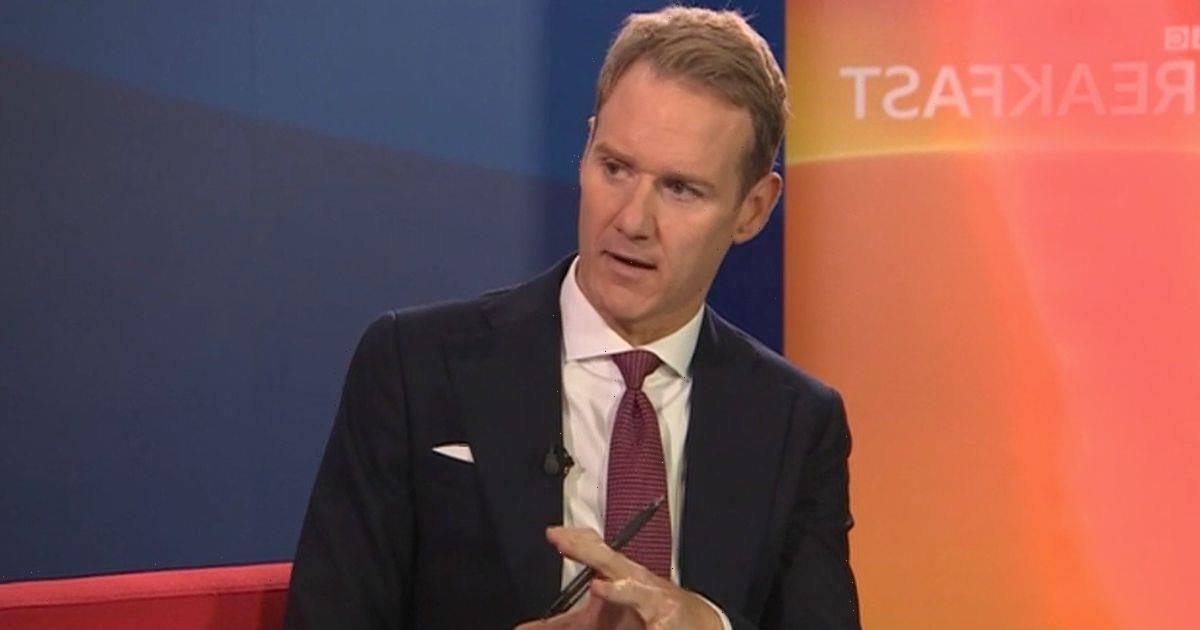 All the celebrities who take part in Strictly Come Dancing tend to find that their bodies change shape during the process.

In a post on his Instagram, he said: "Working on my new dancey posture with @sallynugenttv on the BBC Breakfast this morning.

"Also noticed that my trousers were a bit loosey goosey. Turns out I've lost a third of a stone already dancing with @nadiyabychkova!!"

Like anyone whose work involves early starts, Dan has also found in the past that his presenting stint on BBC Breakfast had an impact on his diet.

In 2018, he told Waitrose Weekend: "One of the issues involved with getting up at a daft time is food.

"Lots of people with early start experience have warned me about the extra meal issue. A double breakfast is required when you get up so early – one at stupid o'clock and another a more conventional hour.

"An extra meal a day over a long period of time means an extra few inches on the waist.

"I have already sent one suit to the charity shop because the trousers have become a little too restrictive for the TV."

Dan admitted he "struggles to function" on an empty stomach, and for the first six months of his job would eat a bowl of porridge at 5:30am each morning.

He added he has now "switched to religiously eating peanut butter on toast".

"These early starts do strange things to you. If I end up doing this job for long, I worry I will be 25 stone and have a face like Skeletor."

Dan's professional dance partner Nadiya Bychkova, 32, has fallen under the spell of his local Sheffield.

She has even already told Strictly's Claudia Winkleman that she would consider moving there.

Dan has said that "Nadiya has been blown away by the support and kindness of people in Sheffield during #Strictly".

Dan has also sung the praises of his favourite local curry house, Prithiraj, where he took Nadiya for a meal. The team at Prithiraj have said that their phone has been ringing off the hook ever since.