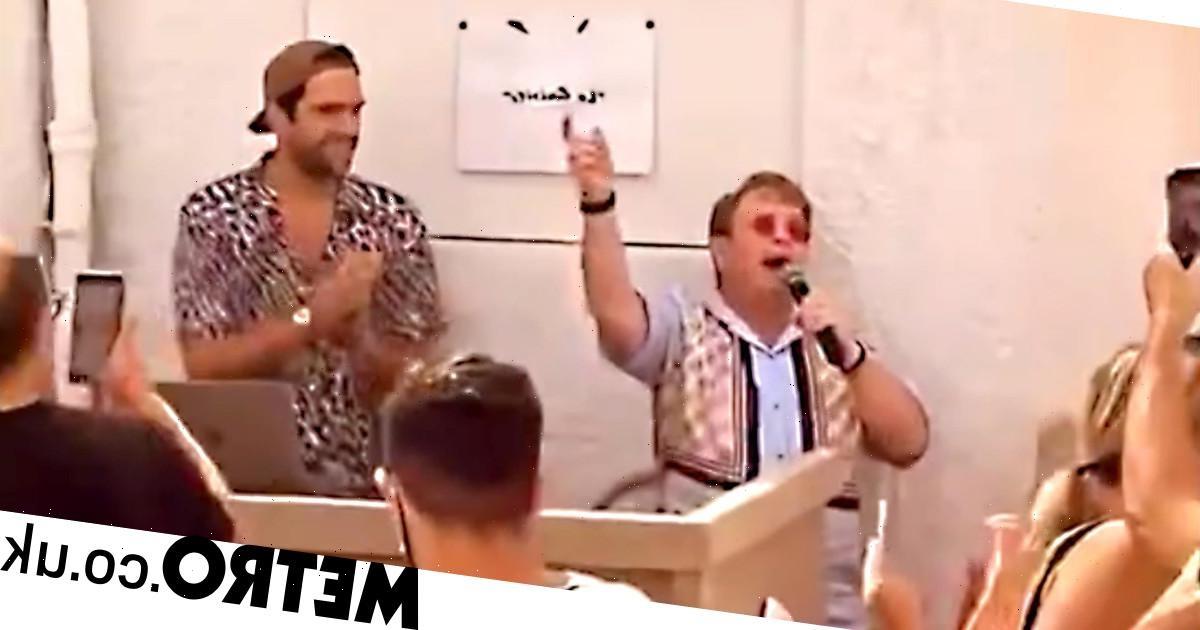 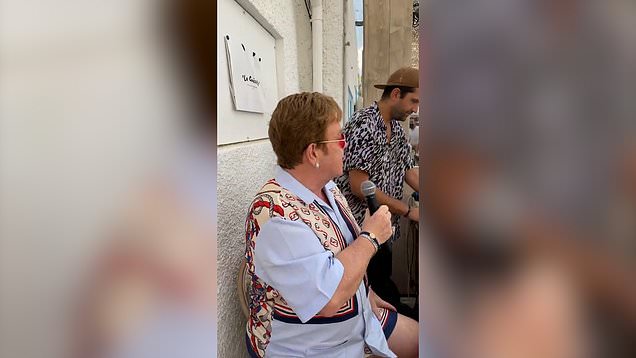 Sir Elton John treated lucky restaurant goers in Cannes to an impromptu performance of his new song with Dua Lipa on Saturday.

The musical duo, who have become great friends, released Cold Heart (PNAU Remix) on Friday, and Sir Elton – who has been enjoying a Mediterranean family holiday – decided to mark the occasion in person.

Sharing the video of his casual performance at the outdoor restaurant on Instagram, the legendary singer wrote: ‘Cold Heart LIVE performance. Thought I’d surprise the people at La Guérite beach restaurant with a performance of the new track.’

The clip begins with the I’m Still Standing singer, in a jazzy matching shorts and shirt combo, being ushered to the restaurant’s DJ booth.

After being told ‘we’re live’ and establishing that the DJ had the track lined up and ready to go, and Sir Elton had a microphone, the singer wasted no time in beginning.

After greeting his fellow restaurant guests, Sir Elton spoke over the intro to his song and said: ‘During lockdown I made this single – it came out yesterday – with Dua Lipa. So, I want you all to dance on your table and wave your hands and your handkerchiefs!’ 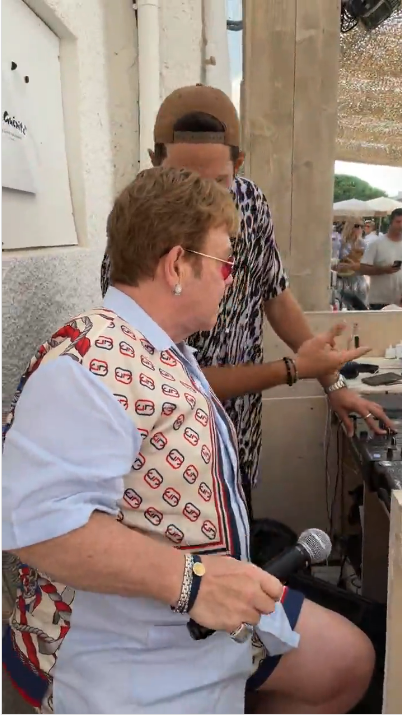 The appreciative audience immediately gathered around the booth to enjoy the rather unexpected performance, with whoops and cheers.

The song, which is a remix of two of the 74-year-old’s most enduring hits, 1989 ballad Sacrifice, as performed by Sir Elton, and 1972’s Rocket Man, the lyrics of which are used by Dua in her part, went down a storm with its listeners.

Once finished, the singer was helped out of the packed restaurant by security, as guests continued to clap and thank the star for his performance.

Dua’s friendship with the singing icon was centre stage back in April, when she helped him raise more than £2million for his Aids Foundation, during a special virtual pre-show for his legendary Oscars after-party.

The 25-year-old shimmered in a duet with Sir Elton on Bennie And The Jets before performing a selection of her own tracks at the star-studded event, which was hosted by Neil Patrick Harris.

Sir Elton has recently had to postpone some of his farewell tour dates until 2023, due to ongoing pandemic restrictions in Germany.

His tour began in 2018 and was meant to restart this year with gigs in Berlin, Cologne and Hamburg.

However, Sir Elton isn’t able to have 100% capacity shows yet in the country due to the ongoing Covid-19 pandemic, and wants to wait until he can have a full crowd back.