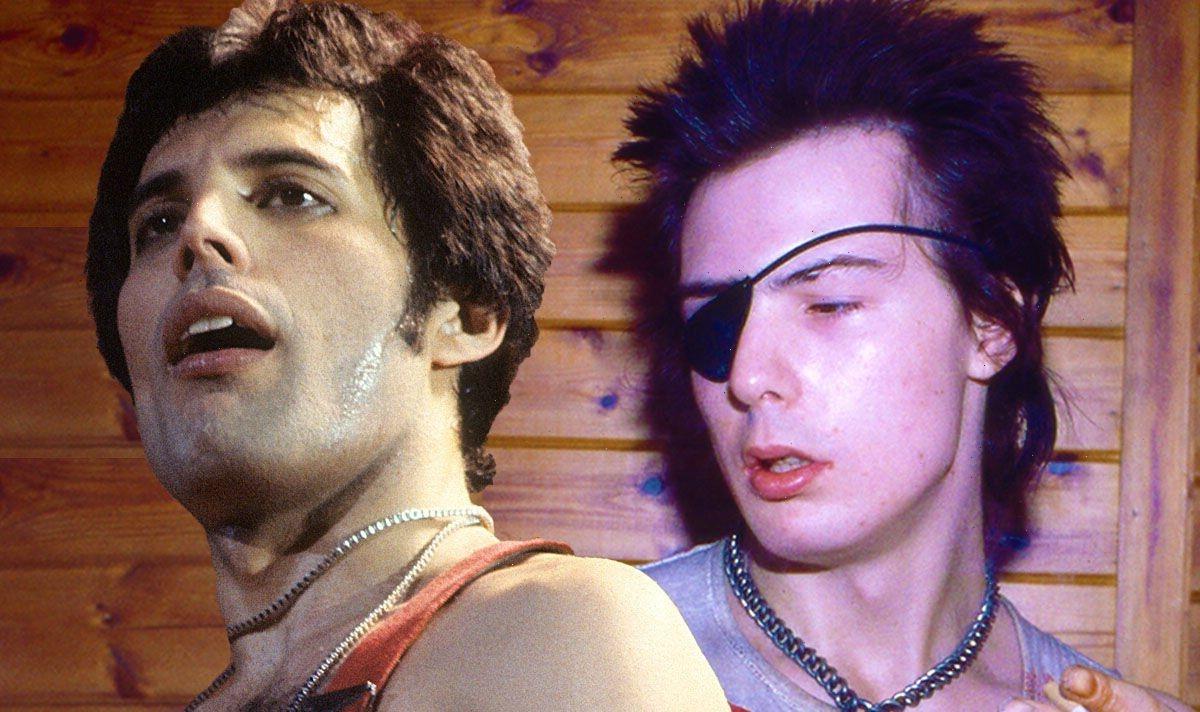 This week would have been the 65th birthday but the punk icon died in New York on February 2, 1970. He was just 21. Two years earlier, his band The Sex Pistols were at the legendary Wessex Studios, when they found themselves next door to Queen. A hilarious series of encounters would later be immortalised by Freddie in interviews. At the time, the punk band had only released one single, 1966’s Anarchy in the UK, but the buzz around them was huge – and they knew it.

Queen were recording their sixth studio album News of the World at Wessex Studios. It was the follow-up to the game-changing A Night At The Opera, which had, of course, included Bohemian Rhapsody. The new album would include the future anthems We Will Rock You and We Are The Champions.

But seismic changes were shaking the musical landscape with the meteoric rise of punk rock. Queen were commonly regarded as the antithesis to the new movement, even though the new track Sheer Heart Attack can be regarded as a form of punk rock.

The stage was set for a showdown and the newcomers were about to get schooled by a legend in ballet pumps.

Although the face-off between Freddie and Sid would go down in music history, the punk rocker’s bandmate Johnny Rotten also hilariously “crawled” into Queen’s studio to pay homage.

Queen’s roadie, Peter Hince, recalled how they had to have a word with The Sex Pistols’ sound engineer: “One of the band members just crawled on all fours across our studio up to the side of the piano, said, ‘Hello Freddie,’ and left on all fours. Could you make sure he doesn’t do it again?”

Brian May also later described having several conversations about music with Rotten when they kept bumping into each other in the corridors.

However, the real fireworks happened when Sid decided to try and take on Freddie.

Queen star Roger Taylor said: “Sid came in and Sid was a moron, you know. He was an idiot.”

Sid decided to be clever and pick on the fact the Queen frontman had famously given a recent interview in NME where he waxed on about his love for ballet.

Hince said: “Sid Vicious stumbled in, the worse for wear, and addressed Fred, ‘Have you succeeded in bringing ballet to the masses yet?’ Fred casually got up, walked over to him and quipped: ‘Aren’t you Stanley Ferocious or something?’, took him by the collar and threw him out.”

Freddie, himself, also described the moment in far greater detail (and with a slightly different nickname for Sid).

Talking to Australian TV host Millie Meldrum, he said: “The Sex Pistols happened to be in the next studio. Can you imagine there was just the whole thing about punk rock and anti-establishment all coming under one roof?

“And I got Johnny Rotten and Sid Vicious to listen to one of our tracks and I said ‘I’ll sing on one of yours if you sing on one of mine.’ You should have seen him, ‘We can’t be seen with Freddie Mercury’ and all that. I was wearing ballet pumps at the time…

“I called Sid Vicious ‘Simon Ferocious’ or something and he didn’t like it at all, and I said, ‘What are you gonna do about it?’ And he had all these very, well, sort of…he was very well-marked and I said, ‘Did you really make sure you scratched yourself in the mirror properly today?’ And he hated the fact that I could even speak like that. So I think we survived that test.”