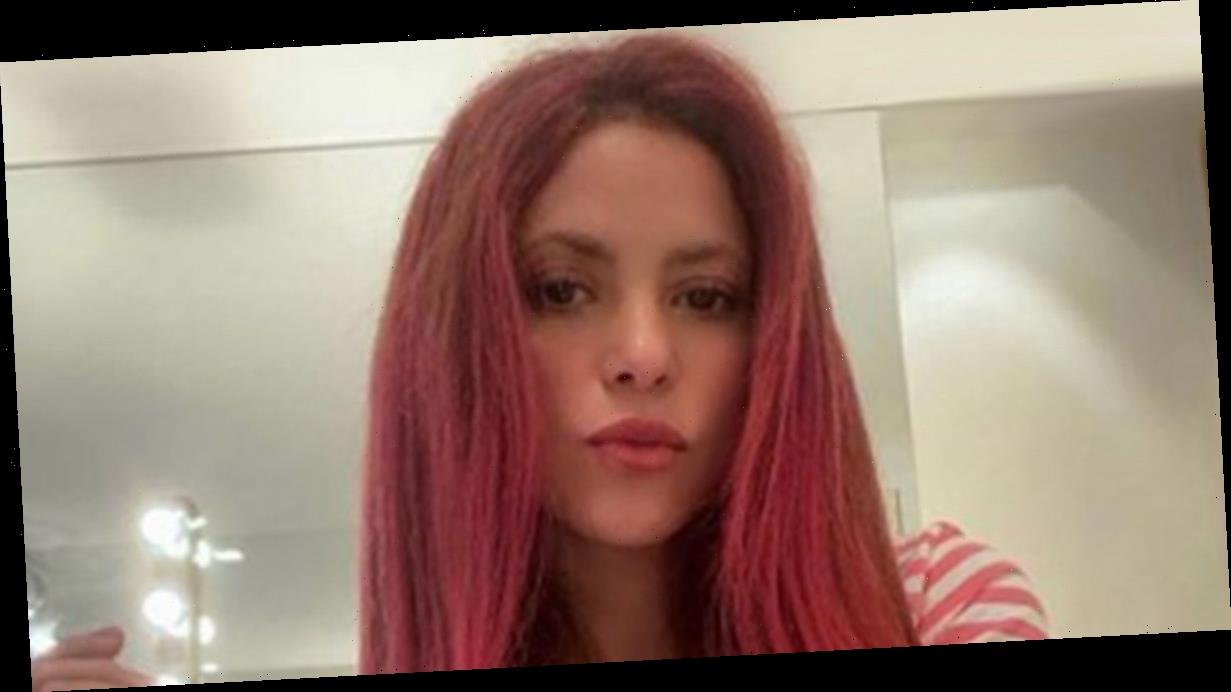 The Columbian songstress took to social media to share her new look which remains a stark contrast to her usual blonde curls.

The Hips Don't Lie singer posted a video and picture of herself to her 70.2 million followers on Instagram.

One post was captioned "Voila!" where the 44-year-old gazed into the camera.

Her second post of the big reveal was an Instagram reel of her blowdrying her bright locks, with the video captioned "Surprise!."

Sharing the results with her followers, Shakira explained that she had been aiming a lighter look.

However, after running out of hair colour she mixed up the hair dye with another kit and the results were more 'intense'.

Speaking in Spanish to her followers, she said: "The idea was that it would be more pink, but since I ran out of pink I had to mix it with another product that I had that was a little more intense."

The singing sensation also shared several clips on her Instagram story, in which she paired her hair to her striking pink outfit, reports The Mirror.

Shakika looked quite the vision in pink with her striped Comme Des Garcons top and matching belt and hair.

Shakira was quickly inundated with compliments as fans flocked to share their approval of her dramatic new look.

A third wrote: "I'm in love with your new look."

Throughout the lockdown, Shakira had been holed up at her home in Spain with her partner, Gerard Pique, and two children.

Shakira's sizzling new transformation came weeks after the star became the latest musician to sell all the rights to her songs.

The artist is reported to have sold the rights of all 145 of her tracks – including hits such as Whenever, Wherever – in the mega deal.

According to reports, the artists came to an agreement rumoured to be worth millions with Hipgnosis Song Fund.