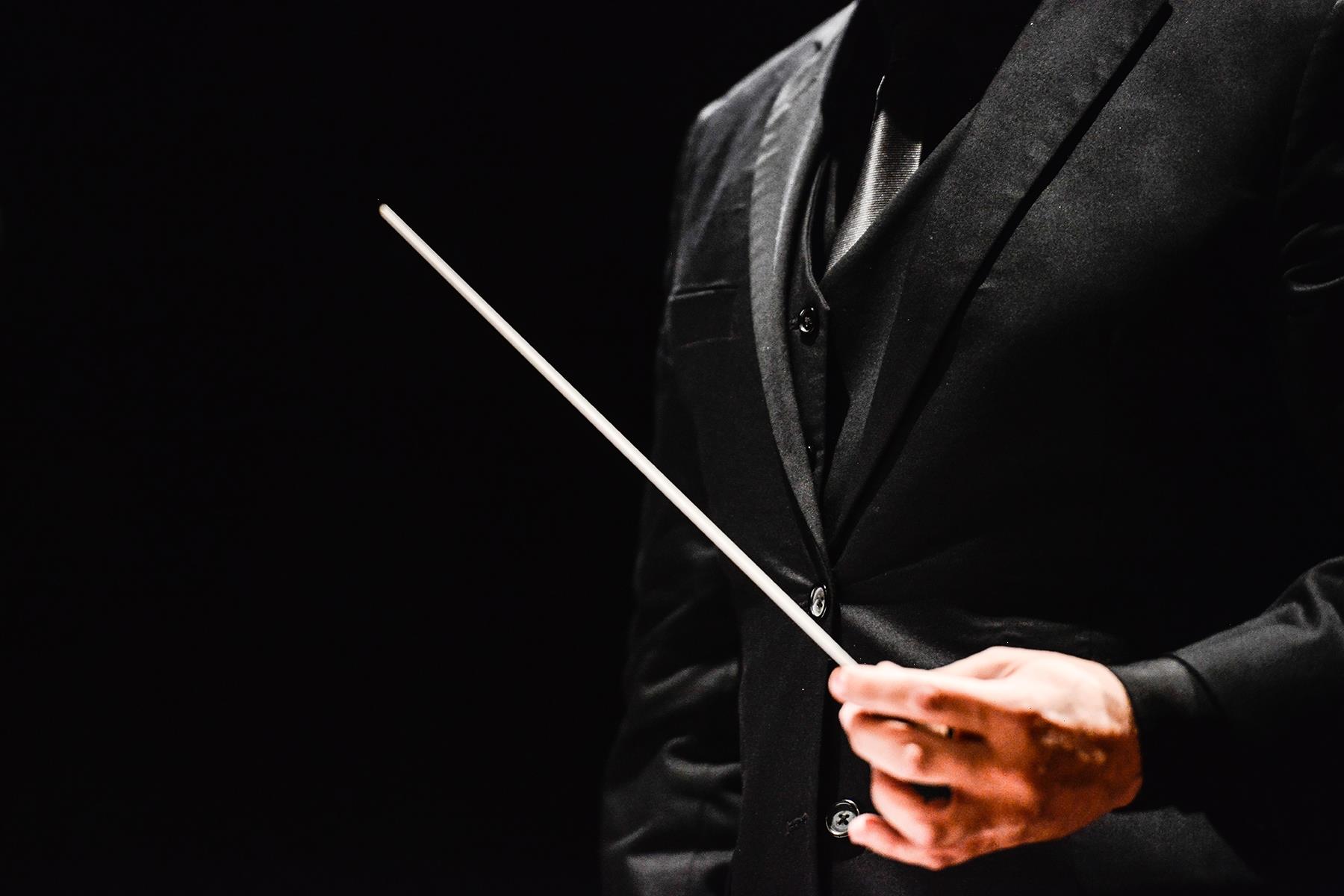 For the past several years, high demand for intellectual property and deep pockets have fueled a catalog acquisition boom that’s inspired Bob Dylan, Justin Timberlake, Bruce Springsteen and more to sell off their lifetime musical legacies for record-setting cash returns in the hundreds of millions. Now the trend is making its way beyond commercial pop and rock to film scores.

The composers behind the music for iconic films and TV shows such as The Dark Knight, Guardians of the Galaxy, Jason Bourne and Glee have all sold their works in recent months, fetching millions of dollars as music-makers take an immediate cash payout rather than roll the dice on what their music will earn in the coming years.

Every Super Bowl Halftime Show, Ranked From Worst to Best

Among those at the forefront of these deals: Multimedia Music, a six-month old music acquisition and production company whose owners say they want their business to become “the biggest film and TV music company in the world.”

“Composers are seeing the same incentives as the commercial songwriters. The market to sell is similar,” says Phil Hope, Multimedia Music’s co-founder and CEO. “It’s a few years behind [the pop sales], but the buying space in the commercial world has certainly triggered a response from the film and TV community to say, ‘why don’t we start thinking about this too? If big pop writers can do this, why can’t I?’”

Multimedia’s goal is ambitious and lofty, but the company’s gotten busy looking for works to acquire. Multimedia Music raised over $100 million upon its founding to acquire catalogs for soundtracks, securing rights from composers like James Newton Howard and production company Atlantic Screen Music, and as Hope and fellow co-founder and U.S. partner James Gibb says, they’ve secured another $100 million they’ll deploy in the coming months.

Just over a week ago, the company announced deals with Tyler Bates (composer for films such as 300, John Wick and Guardians of the Galaxy), David Buckley (The Nice Guys, The Town) and Michael Corcoran (iCarly, Victorious).

But Howard’s catalog, which includes the music for franchise blockbusters such as The Dark Knight, King Kong, and Fantastic Beasts and Where to Find Them along with scores to classics like Pretty Woman, is by far the most notable purchase from Multimedia Music thus far. While it hadn’t previously been disclosed how much Multimedia Music spent on the catalog, as Rolling Stone has learned, the company paid in the mid-eight-figures.

Howard is one of the more celebrated composers in film history, but such a deal could suggest that the most valuable works from industry legends like John Williams or Hans Zimmer — who’ve scored many of the most lucrative film franchises of the past 50 years — would likely fetch hundreds of millions.

The composer catalog acquisition market is an unconventional development in a business that already lacks convention compared to other acquisition businesses. (As Hope jovially notes, as part of closing the deal with Bates, Multimedia Music bought Bates a custom Gretsch guitar after Bates admired one on Hopes’ wall.)

While film and TV music sales don’t carry the same price tags of the largest pop music catalogs, there’s still a considerable business, but as Gibb notes, the market to buy composers’ rights isn’t nearly as saturated. According to Gibb, that’s mainly because the film music revenue model is more complicated than commercial music.

Whereas traditional music companies are buying up catalogs hoping to boost earnings on the songs themselves, buying soundtracks, which are more heavily tied to sales and streams of films and shows, has a different business model. Multimedia Music is buying up the tracks, betting on which films and shows they believe will have more staying power to keep steady revenues.

“This market is more niche, and it requires much more expertise,” Gibb says. “It’s not exactly like other music, so I think it’s kept the market of buyers a bit smaller.” Still, Gibb adds, he’s confident their investments will be fruitful. “Big action movies like The Dark Knight, shows like The Office, That ‘70s Show, Black-ish, those are going to keep playing around the world for decades.”

In some ways, a composer selling their catalog carries less risk than pop artists. If a well-established pop songwriter sells their catalog and hopes to make another one, the chances of having another major hit single isn’t as high. But a similarly prolific composer will likely get more work from high-profile directors, and as long as the film is a major hit, the cash returns would be similar.

While income from a composer’s catalog will mainly be passive from streaming, movie purchases and syndication (alongside some album consumption), that’s not to say there’s no new ways to use the music. As Pretty Woman: The Musical comes to the U.K., Multimedia Music says they’re in the process of re-recording and repurposing some of the unreleased music from the film’s score. Hope also notes they have a sync team to help take music they’ve purchased to repurpose it for other media such as advertisements.

Multimedia Music is one of only a few companies focused on acquisitions in the composer space, something currently serving as an advantage compared to the oversaturated market for pop songs.

But Multimedia Music isn’t alone. Cutting Edge Group, a 15-year-old film and tv music company out of London whose services includes music publishing and a record label, has also been acquiring composers’ rights. (Hope and Gibb are both former Cutting Edge executives.)

Tim Hagerty, who oversees M&A investments for Cutting Edge, notes that for over a decade, Cutting Edge didn’t buy a single catalog from a composer, shopping only among studios and production companies. But in the past 18 months as the catalog market has boomed, they’ve already bought from 10. Hagerty says the company initially secured $125 million toward catalog purchases and is now closing a $250 million funding round.

“Deals like these really were taboo until recently,” Hagerty says. “There’ve been a couple deals in the past that happened but they were very hushed under the carpet, but it wasn’t frequent. We used to buy publishing rights, master rights, soundtrack distribution, but not writers’ share, but what’s happened these past couple years in the commercial market has changed the dynamic. Historically film composers didn’t have a way to monetize their catalog like this, now they do.”

Among those who sold to Cutting Edge are James Levine, the composer behind Glee. Hallwood Media’s Neil Jacobson, who’s helped sell catalogs for songwriters such as Jeff Bhasker, shopped the catalog for Levine. Levine is the only composer he’s worked with to sell a catalog so far, and he acknowledges the market is smaller than pop, but he expects more deals as well.

“You’d be surprised how few people bid on these catalogs, it’s a smart business,” Jacobson says. “The buyer’s going to do great on the music; they realize you don’t need a big marketing department to see returns. To actually have a vehicle to have access to Glee, that’s evergreen. That show will be consumed for the next 40 years. They’ll keep licensing it, there could be more shows, reboots, there’s opportunities.”

Hope says that they expect their business will grow quickly, and with that the company anticipates more competition for some of the most valuable film score catalogs. Still they’re hoping being first and being a specialist will win over sellers.

“Not everyone knows as much about this space as we do, and that’ll keep us strong,” Hope says. “Assuming we’re right and that business continues to grow, more competition is bound to happen, but we do like to think we’ve got a head start.”