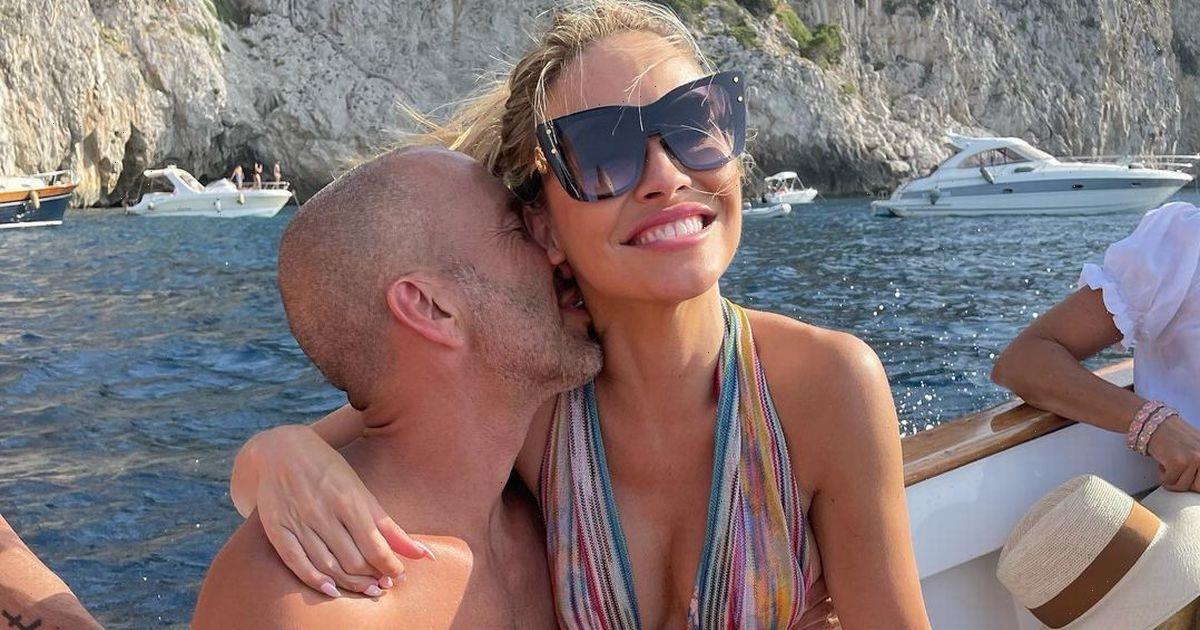 Selling Sunset fans were shocked to see that Chrishell Stause is dating her boss Jason Oppenheim, who runs an LA based estate agent with his twin brother, which is the focus of hit Netflix show Selling Sunset.

Chrishell, 40, shared that she and Jason are officially off the market as she posted a series of seven snaps to her Instagram account and her 2.1million followers.

The pair shared pictures taken while on holiday with colleagues and friends in Capri, Italy.

She captioned the post with “the JLo effect," possibly referencing recent photos of Jennifer Lopez and Ben Affleck, who also holidayed in Capri.

The anticipation for a new series of the show was palpable as fans wrote: “We need that season four trailer to drop ASAP.”

Ready for the details now, one said: “We need the next season yesterday.”

Many were concerned about the workplace romance as they said: “Woah woah woah neck kisses from the boss. Next season about to spicy.”

Comments such as “does HR know?” made people wonder about how a workplace romance would work in the luxurious estate agent.

Enews told the couple: ”We are screaming!"

Another follower said: “Omg Chrishell and Jason are IG official! Here for it!"

The new couple were overwhelmed with support too, as one fan said: “You and Jason? So here for it!” Another said: “This reveal though?! The caption and the last few pictures – you are so fierce.”

Meanwhile, their co-star Romain Bonnet, who is married to Jason's ex Mary Fitzgerald, said: "So happy for you guys! Finally people will stop with Jason and Mary hopefully."

Chrishell had previously been married to to This is Us star Justin Hartley from 2017 to 2021, but their sudden split over text was documented in Season Three of the popular series.

Jason told People magazine: "I care about her deeply and we are very happy together."

He explained: ”Chrishell and I became close friends, and it has developed into an amazing relationship.”

Selling Sunset is available to stream now on Netflix