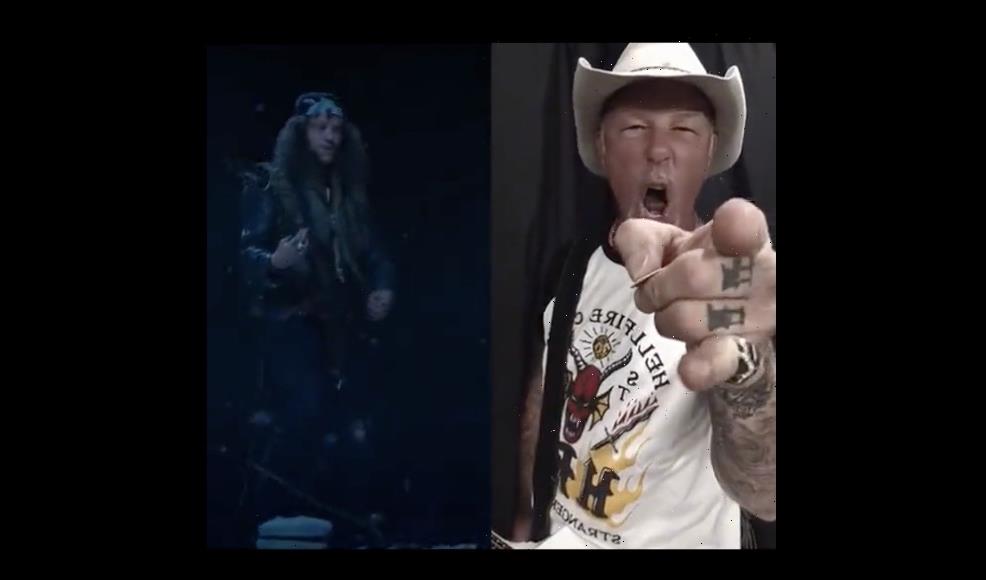 Metallica continue to be so “blown away” by Stranger Things’ use of “Master of Puppets” that they uploaded a video of themselves performing the metal classic alongside footage from the hit Netflix show on Friday.

In the minute-long clip, the band plays in unison with Eddie Munson (played by Joseph Quinn, the object of Doja Cat’s affection) as he blasts through the metal classic in an effort to distract demons in the Upside-Down.

“Eddie… this is for you!” Metallica captioned the video.

“Master of Puppets” has enjoyed a Kate Bush-esque resurgence with a younger generation thanks to its pivotal placement in the finale of Stranger Things’ fourth season.

“The way The Duffer Brothers have incorporated music into Stranger Things has always been next level, so we were beyond psyched for them to not only include ‘Master of Puppets’ in the show, but to have such a pivotal scene built around it,” Metallica previously said in a statement.

“We were all stoked to see the final result and when we did we were totally blown away… it’s so extremely well done, so much so, that some folks were able to guess the song just by seeing a few seconds of Joseph Quinn’s hands in the trailer!! How crazy cool is that?”

They continued, “It’s an incredible honor to be such a big part of Eddie’s journey and to once again be keeping company with all of the other amazing artists featured in the show.”