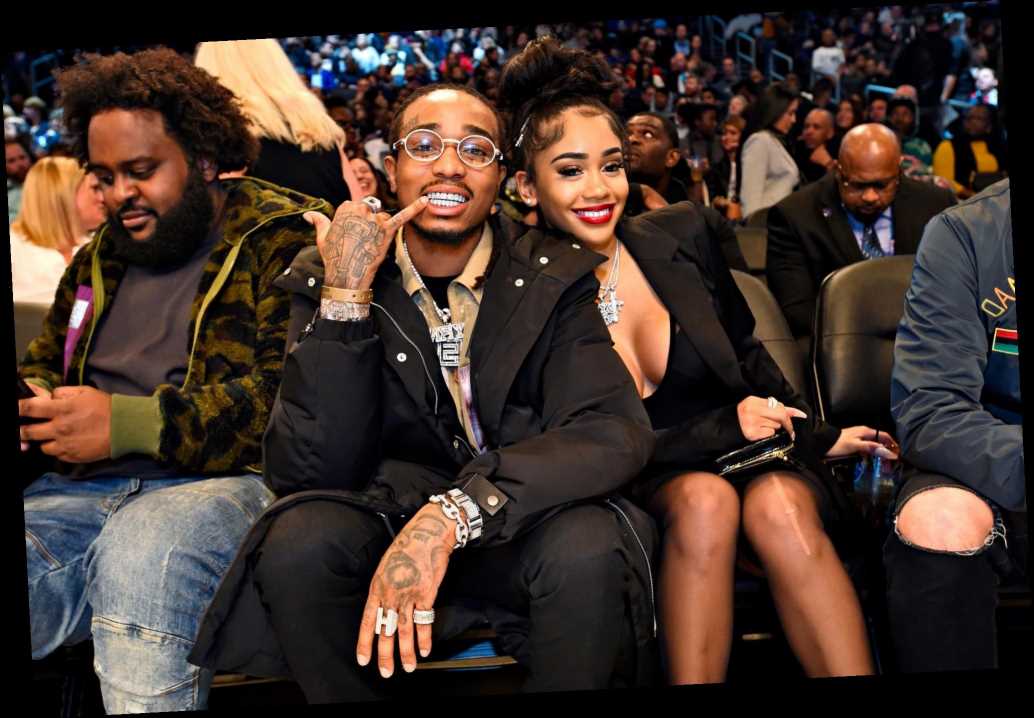 Saweetie and Quavo reportedly got into a physical altercation last year before their recent breakup.

The rappers — born Diamonté Harper, 27, and Quavious Marshall, 29 — got into a fight in an apartment elevator last year, according to video footage obtained by TMZ.

In the minute-and-a-half-long clip, Saweetie struck Quavo in the face and threw a suitcase out of an elevator before the Migos member dragged his then-girlfriend into the elevator and fell on top of her.

Saweetie, offscreen for most of the footage, seemingly remained lying on the floor before she struggled to pick herself up and limp out of the elevator as Quavo watched. The incident occurred at Saweetie's apartment building, according to TMZ.

Reps for Saweetie and Quavo did not immediately respond to PEOPLE's request for comment. The new video comes just over a week after Saweetie announced she was "single" as she alluded to infidelity.

"I'm single. I've endured too much betrayal and hurt behind the scenes for a false narrative to be circulating that degrades my character," Saweetie tweeted. "Presents don't band aid scars and the love isn't real when the intimacy is given to other women."

"I emotionally checked out a long time ago and have walked away with a deep sense of peace and freedom. Excited for this new chapter of elevation 🙏🏽.," she added in another tweet.

Later that day, Quavo addressed Saweetie's post writing, "You are not the woman I thought you were."

"I know you want to make this into a show so I'll play my part just this one time," he wrote. "I don't normally put my business out there, especially my personal life. I feel the need to address this so there are no false narratives."

"I had love for you and disappointed you did all that. You are not the woman I thought you were. I wish you nothing but the best," he added.

Just in January, Saweetie had opened up to PEOPLE about their relationship.

"I think the reason why we've lasted so long is because we're like friends who are really, really, really attracted to each other," she added. "I think that's what keeps it fun. It keeps it different. We're able to really just kick it. Like wherever, whenever."