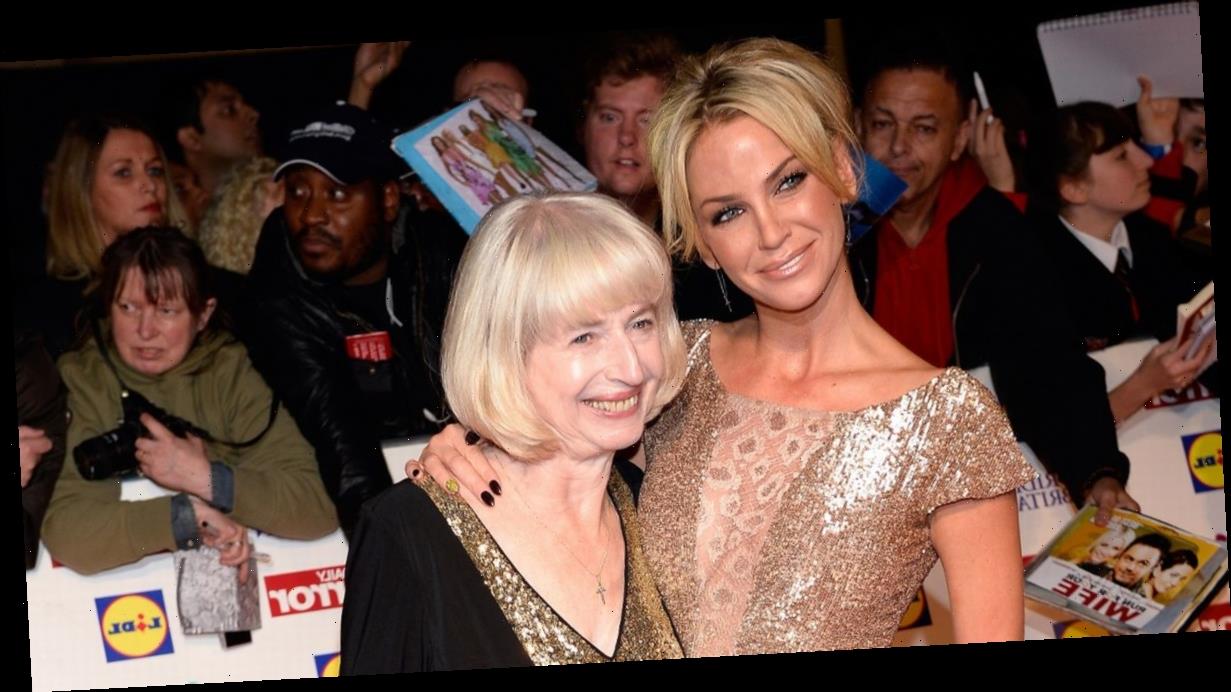 Sarah Harding's world was ripped apart in the early parts of 2020 when the singer was diagnosed with breast cancer, months before going public with the news in August 2020.

The Manchester singer took to social media to reveal that the cruel disease had spread to other parts of her body since her initial diagnosis but was going to continue fighting as hard as she could.

In her debut autobiography, Hear Me Out, which is released today, Sarah told how medical staff delivered the devastating news that she may not live to see another Christmas, despite her brain and lung tumours shrinking.

While the news is enough to shatter anybody into pieces, the Girls Aloud star has spoken of the "strange" comfort she has found after being dealt with the news.

Speaking in Hear Me Out, the 39-year-old star revealed that her mum, Marie, has been with her every step of her fight, with Sarah moving in with her mum, who is in her late seventies.

The Live Before I Die singer penned: "Mum is in her late seventies now and she has become everything to me through this illness, especially since I've been staying with her.

"I know how hard this is on her too. I often worry about her, especially as she's gotten older. I can't bear the thought of anything happening to her."

Sarah went on to add: "In a strange way it's comforting to know that I will probably leave this world before she does; at least then I won't have to go through the pain of losing her.

"The truth is, I can't live without her now, she cares for me and helps me because, at times, I cam too weak to help myself."

Sarah, a self-proclaimed rock chick left her life in the bushy suburb of Casden, Buckinghamshire and moved up north to live with Marie at her Manchester home, returning to her routes.

She goes on to reveal that throughout her ongoing cancer treatment, she doesn't know how she would have pulled through the turbulent months without Marie and her two trusted friends, Anna and Mousey.

The Girls Aloud superstar moved to Manchester when she was around 13-years-old, after attending several boarding schools in Ascot, close to her childhood home.

Earlier this week, Daily Star revealed the first look of an extract of Hear Me Out, in which Sarah revealed that she had been given some positive news following her treatment.

A closing passage of her autobiography read: "Before I put this book to bed, I wanted to share a little bit of positive news.

"MRI scans at the end of December revealed that the tumours in my brain and in my lung have shrunk a bit with the treatment."

Sarah Harding – Hear Me Out

Sarah went on to add: "I don't know exactly what this means for me, but at least I know it's moving in the right direction, and right now, every little victory feels momentous.

"With this news under my belt, I was able to enjoy a relaxing quiet Christmas with mum and yes, I got plenty of lovely Christmas pressies."

Ahead of the release of Hear Me Out, Sarah's biggest fans, Sarah Harding Addicts, who have also written an extract for her autobiography have launched a fan campaign to get Hear Me Out, a track from the 2004 Girls Aloud album, What Will The Neighbours Say? onto the iTunes chart.

Hear Me Out, by Sarah Harding is available to purchase now.

If you or those around you have been affected by this story, you can call the MacMillan Cancer Support line on 0808 808 00 00.