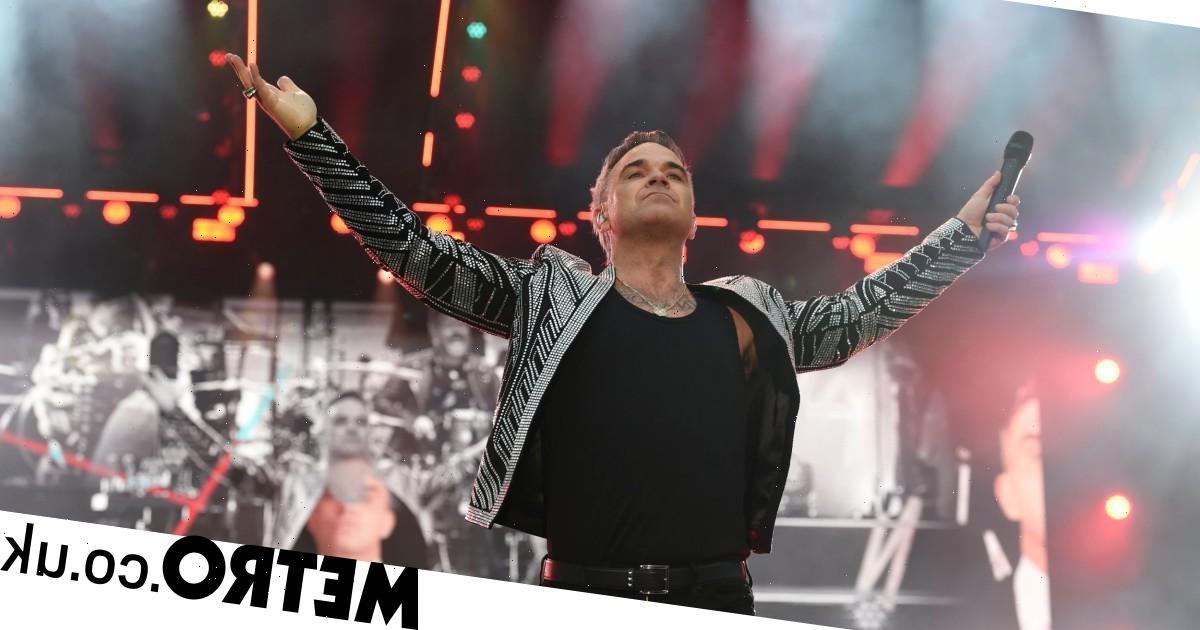 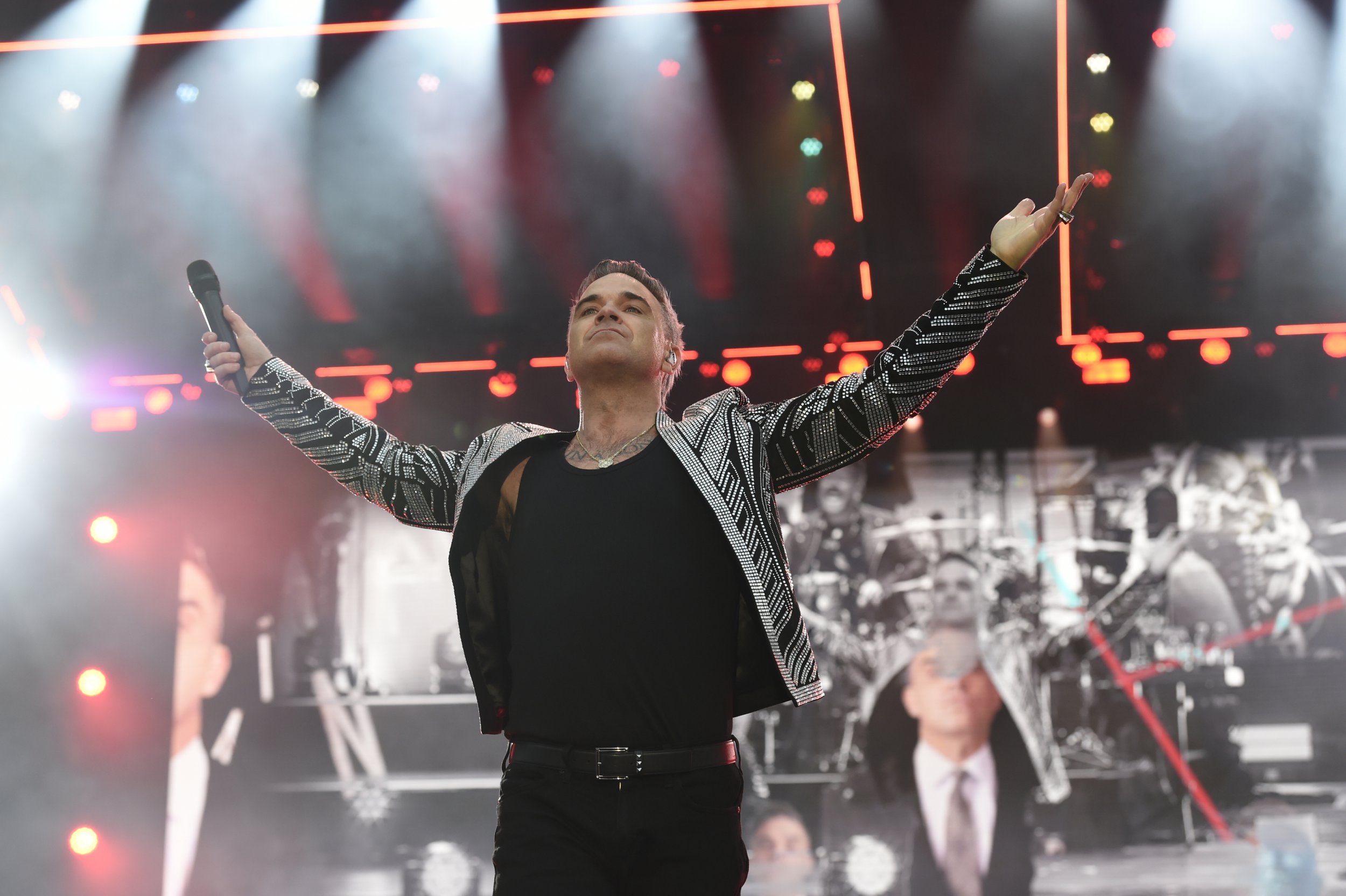 Robbie Williams says he is looking back at his darker days to relight the fire under his music career.

In an interview with Guilty Pleasures, the Let Me Entertain You singer discussed the inspiration behind his new tune Lost, from upcoming album XXV, in celebration of his 25 years as a solo artist.

‘I’d go on these enormous benders, high-octane and enjoyable, and then they were hell. I quite often used to get on a train at Euston and get picked up by mum at Stoke station.

‘There’s one particular time, I got off just with one shoe. I don’t where I lost the other shoe. I’d been up for a few days, then my mum puts me to bed and feeds me,’ he recalled.

‘It’s that desolate place of, “Oh my god, everything is completely out of control.” And sadness and depression. But I was saying, my career hasn’t been as good since I got happy, so I’ve had to revisit a bit of sadness and hopefully something will happen.’

Former Take That star Rob then shed light on his biopic Better Man, directed by The Greatest Showman’s Michael Gracey and starring newcomer Jonno Davies as his younger self.

‘Jonno is just rocking it, absolutely rocking it. Before he got there, they showed me some footage of him doing rehearsals, and it was like, “Wow, that’s it.”

‘I haven’t actually seen him do any of the deep, dark stuff. I think this is an over-18s movie, blood and guts and drugs and sex and drink and rock’n’roll, losing yourself and finding yourself,’ he teased.

The 48-year-old will also star in the flick – ‘The bit I do in the movie is coming-of-middle age’ – and addressed reports he will appear as a, er, CGI monkey.

Meanwhile, at the weekend, the Robster performed an Oasis cover at his homecoming gig at Vale Park in Stoke-on-Trent – but he ruled out a future collaboration with either of the Gallagher brothers following their famous feud in the 90s.

‘Would I like that? Yes. Would they like that? They detest the idea, so there it is,’ he smiled.

Robbie releases XXV – featuring an alternative version of Angels, out now – on September 9. Pre-order at robbiewilliams.com