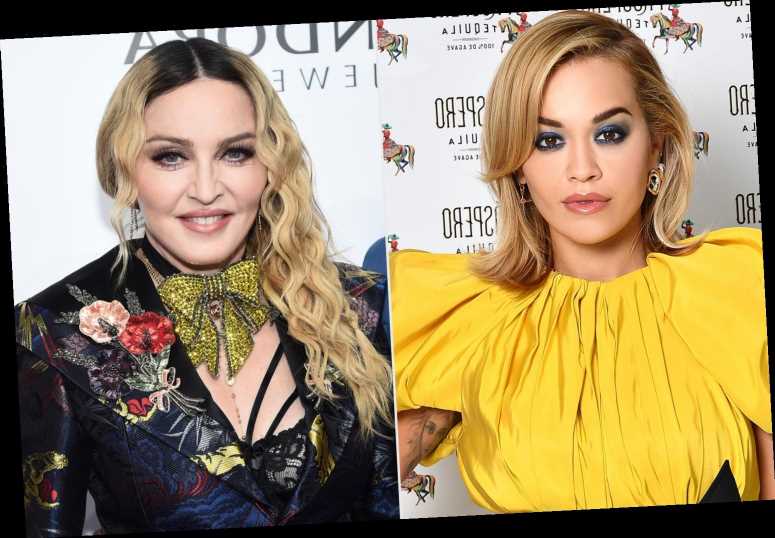 Rita Ora will never forget the moment she met Madonna.

During Tuesday's episode of The Tonight Show Starring Jimmy Fallon, the "Bang" artist revealed that her first encounter with Madonna was a little "awkward" after host Jimmy Fallon asked Ora if she had ever felt starstruck when meeting one of her favorite celebrities.

"The highlight of my life is obviously Madonna, that's one of the biggest idols of all time," Ora, 30, told the host.

"I had an amazing moment with her, very awkward but also very unbelievable," she said.

The British singer explained that her moment with Madonna, 62, came early in her career while she was doing a clothing line campaign for the "Vogue" singer.

"She really just made me find my light, and by doing that we had to kneel on the floor," Ora recalled. "And I thought it was 'Like A Prayer,' in real life that was happening to me."

The "Body on Me" songstress then said she was so in awe of meeting Madonna that she "had to go and breathe in the bathroom" before the experience.

"I just couldn't breathe and she was like 'This is not my life, let's get down,'" Ora remembered, saying that Madonna motioned for her to get on the floor. "I thought, 'What? What's happening?'" Despite being confused, Ora went along with Madonna's directions.

"And so we did, I said, 'Whatever she says we're gonna do.' " the singer recalled with a laugh.

Ora isn't the only celebrity to get starstruck by some of her favorite fellow artists.

Speaking with Mariah Carey for Interview magazine's March 2021 issue, Cardi B told the singer she still gets "shy" around other celebs.

"You've settled into the whole celebrity thing," said Carey, 50. "In terms of connecting with other artists, are there people you've met and had great relationships with? Like, they're cool and you became friends. And then are there situations where you're like, 'Well, I guess I could have been friends with this person if they hadn't acted such and such a way?' I've noticed that in my life."

"A lot of celebrities invite me to places, but I'm really shy," Cardi, 28, replied. "We're doing this over the phone, but if it was in person, I wouldn't be able to look you in the eyes. That's how nervous I get around celebrities. And sometimes my head starts talking, like, 'Oh my gosh, I look stupid, I feel stupid, I'm dumb.' "

Carey then added, "We all do that."