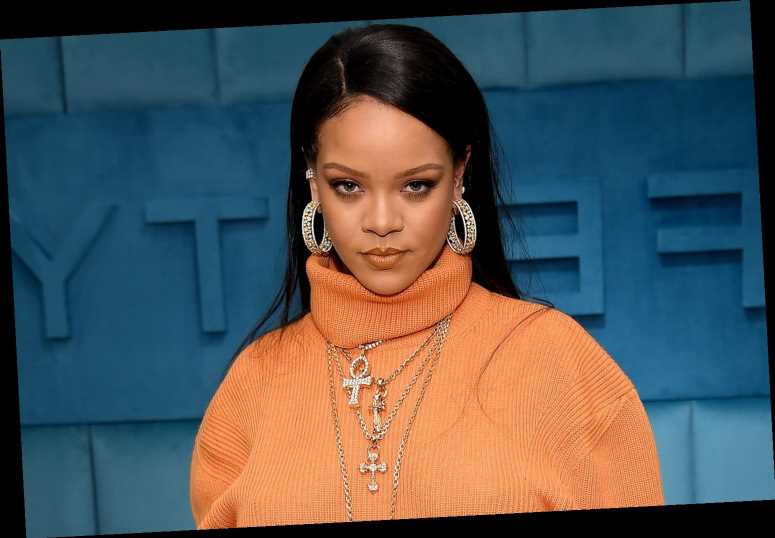 After five years, the world may finally be getting a new track from Rihanna!

The singer, 33, teased the possibility of a new song coming "soon" as she celebrated her album Anti becoming the first by a Black female artist to spend five years on the Billboard 200 chart.

Rihanna posted a video of the announcement on Instagram Wednesday, writing in the caption: "grateful to the most High for putting die hard supporters in my circle 🙏🏿 #Anti#WomensHistoryMonth 💪🏿congrats to everyone that contributed to this era, thank you team."

In the comments, a fan asked her to "celebrate by releasing a song !!"

The "Desperado" singer seemed open to the idea. She replied to the comment, writing "I think I should" and adding a "soon" emoji. In January, Rihanna celebrated the five-year anniversary of Anti's release with a series of posts she shared on Instagram, including a video montage from some of her music visuals.

Expressing her gratitude for her supporters, the Fenty CEO wrote, "thank you navy! #5yearsofANTI #ANTIversary."

Anti was Rihanna's eighth studio album — and last thus far, as her fans continue to anticipate the nine-time Grammy-winner's next release.

The Grammy-nominated album has seen incredible success since it came out in 2016, earning the No. 1 spot on the Billboard 200 album chart, garnering more than 15 billion streams and selling more than 11 million copies. Fan-favorite songs on the album include "Work," "Needed Me," "Kiss It Better" and "Sex with Me."

While she hasn't been releasing new music, Rihanna has been focusing on other business ventures over the past few years — including her cosmetic brand Fenty Beauty and her lingerie line, Savage x Fenty.

In January, the multi-hyphenate star posted a sexy video of herself dancing in her own Savage x Fenty lingerie from the Valentine's Day collection with the caption, "Cupid could NEVA! #ValentinesDayCountdown @savagexfenty."