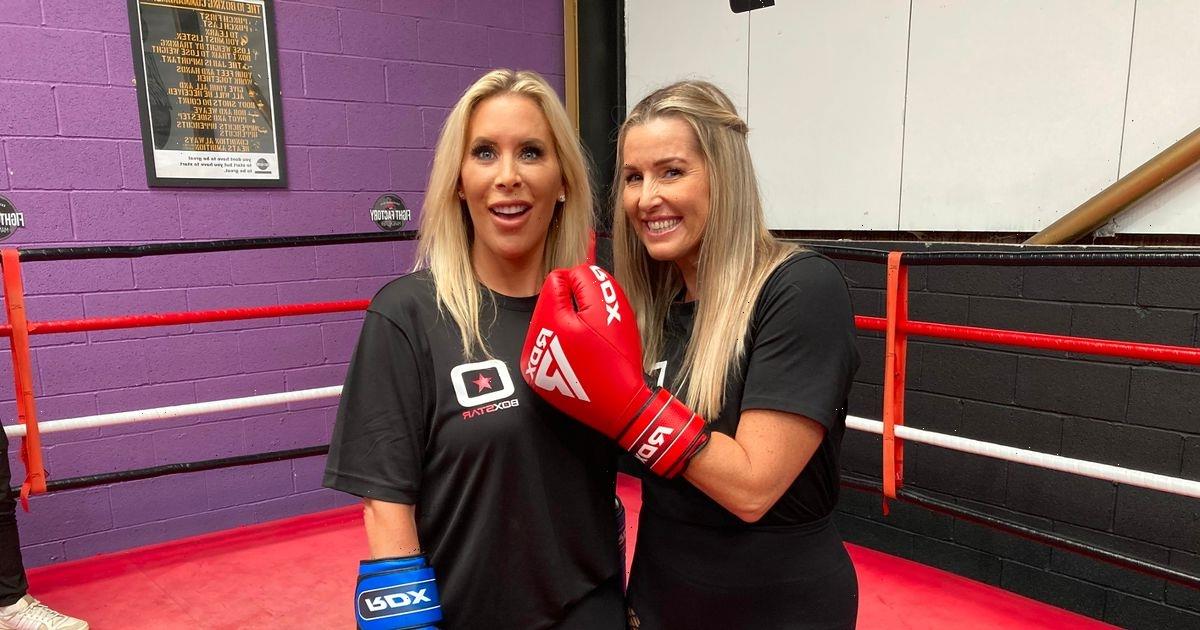 Leanne Brown is no stranger to drama having starred on ITVBe's hit programme, the Real Housewives of Cheshire which is known for its conflicts.

Now, the star, 44, is preparing to go head-to-head against a former co-star in a celebrity boxing match next month in front of more than 20,000 people.

The wife of former Manchester United player Wes Brown admits she was initially hesitant to sign on the dotted line as she wouldn't want to punch anybody in the face but knows there will be no bad blood between them.

In an exclusive chat with Daily Star, Leanne admitted that she will be pretending that her opponent, Rachel Lugo, is somebody else.

Speaking about the upcoming fight, Leanne said: "It's not nice, the thought of having to punch somebody you know that you haven't got any beef with.

"It's a sport and it's a skill and I'm actually learning a lot about the whole training aspect, thinking about how to move, the combinations, I feel like I won't be able to get in the zone." "It's alright saying you're going to imagine they're somebody else and having pure aggression because with boxing you need to have a certain amount of aggression, but you have to have a lot of composure to be a boxer and if you just thought about somebody you didn't like, we'd end up catfighting, just punching each other. It's a skill, I'm really enjoying the training."

The blonde bombshell added that her footballer husband is happy for her to participate in the fight and she has trained with him in the gym, admitting that Wes will be in attendance on the night.

Leanne announced her departure from the hit programme in 2018 but revealed to Daily Star that she will be making an appearance in the upcoming series.

"I always said I wouldn't go back – obviously because of the situation and the fight's going to be filmed, I was against it at first," the mum-of-five said.

Leanne went on to add: "I really didn't want to go back but it is what it is, I've agreed to do a few scenes so I didn't think I'd do this fight but never say never.

"I have said I'm not going on previously but I never thought I'd do this, so who knows."

Leanne, who currently runs her podcast Love Truth Peace Karma, admitted that boxing has been beneficial for mental health and the reopening of gyms following the initial lockdown period last year had improved after people started working out again.

Rachel and Leanne will be going head to head at Manchester's AO Arena in front of 20,000 fans following a ten-week training regime that will see a wide range of celebs put through their paces.

For more of the latest showbiz news from Daily Star, make sure you sign up for one of our newslettershere.