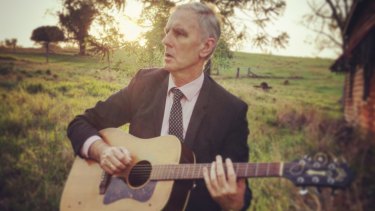 "The first song is really good," Robert Forster tells us in advance. The remark is from the same comically serious seam that later brings us his most requested song, I Love Myself (and I Always Have). He gets away with it because the feeling in the room is so emphatically mutual.

The Morning is good, as promised. It's a lovely paean to bedroom sunshine and banished dreams. When this sold-out first night of his Australian winter tour is over, Forster's new album will have asked little more of life than that.

You can see the lazy calendar leaves drift in Life Has Turned A Page, a tale of generations raising families without mishap on the Sunshine Coast. The title track, Inferno (Brisbane In Summer), vents about the weather like nothing else matters.

One Bird In The Sky identifies intently with a lone pigeon's feeding routine. Even Remain, a slightly unreliable narration from the viewpoint of a brilliant, if seldom remarked, filmmaker, depicts an artist at peace with fate. 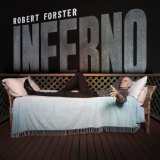 Whoever can he be thinking of?

Collared shirt peeking over smart pullover, the former Go-Between rocks a guitar more like a school recital accompanist than an underground legend fresh from 21 dates though Europe and the UK.

With his younger bass-drums-guitar trio schooled in his trademark spindly riff-rock minimalism and his wife Karin Baumler playing occasional violin, he radiates kindly contentment and gratitude. Around candlelit tables, we beam it back.

Of course there are flashbacks to more complicated times. The ache of Grant McLennan's absence surges like an ambush of tears in Demon Days, and the encore selection of Finding You, one of the pair's rare co-writes, is more poignant still.

Who knows whether it's duty or critical judgement that leads the maestro to cram more than half the set with Go-Bes tunes. The sun-striped bliss of Love Is A Sign, the pop exhilaration of Spring Rain, the priceless deadpan of Surfing Magazines and pocket autobiography Born To A Family span the broken union's full quarter century.

No one appears displeased, though the superior craft and emotional clout of his watershed albums The Evangelist and Songs To Play is mostly on the bench tonight, while four other solo albums go untouched.

With that wealth of riches in the vault, it's hard to feel too much immediate excitement for the everyday pleasures of Inferno. But this far down the track, it's good to let the sunshine of the new morning sink in.