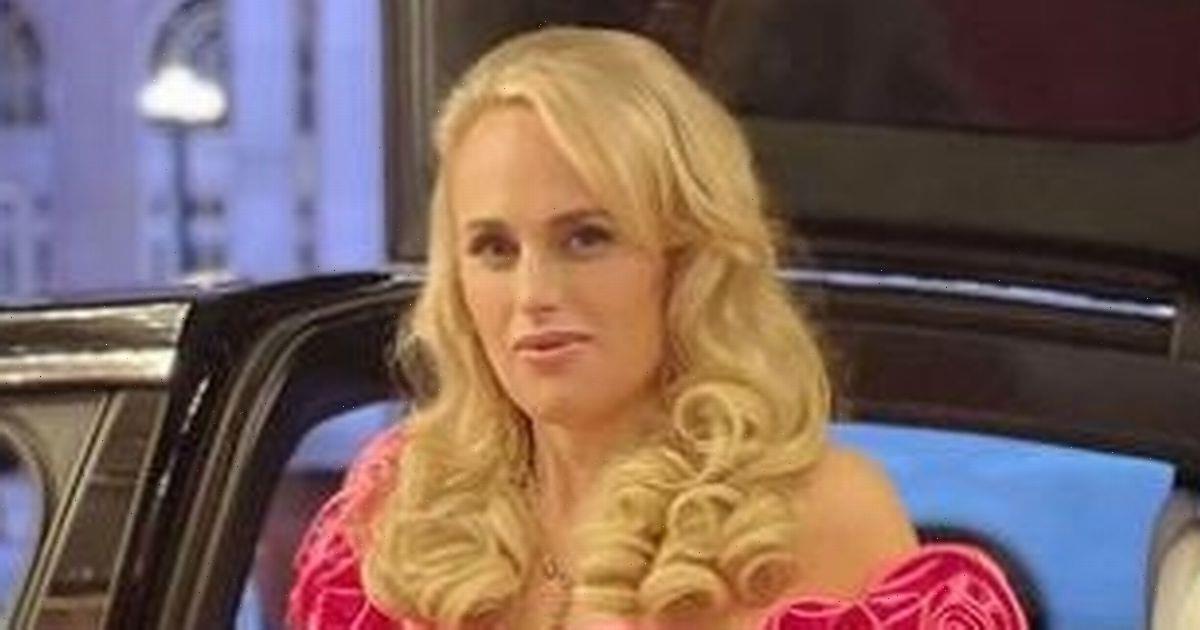 Rebel Wilson is seriously pretty in pink in the latest snaps shared from the set of Senior Year, her new film.

The beautiful blonde, 41, has been showing off her new svelte figure since she took up a new healthier lifestyle.

Fans can’t get enough of her updates, and the latest pic from the Pitch Perfect is just as gorgeous.

Taken on the set of her latest film, Senior Year, Rebel is pictured with stunt woman Meredith Richardson and choreographer Brooke Bowe.

The three women are wearing matching hot pink leotards, showing off their stunning figures and long blond locks curling around their shoulders.

Rebel wrote with the picture: "Double trouble! Bamastunts & Brooke Bowe crushing it as per usual!” with a dancing emoji.

Unsurprisingly, many of her 9.9million followers filled the comments section with compliments, raving about the star’s look.

One fan wrote: "Wow you are even more beautiful and gorgeous Rebel” with plenty of flattering emojis.

Someone else shared the love, adding: "All beauts. Looking great ladies” with a heart eyes emoji.

This fan was feeling the heat, with flame emojis as they admired: "Triple threat!”

Another admirer is excited for the film: "Omg can’t wait for the movie to come out".

Netflix describes Senior Year as: "The comedy is set in 1997 and tells the story of Ruby, the most popular girl in her high school.

"She’s the captain of the cheerleading squad, dating the quarterback and is well on her way to becoming the prom queen."

"She has it all — until she falls off the top of the cheerleading pyramid and goes into a coma."

Ruby then returns to her high school twenty years later after waking up.

She wants to be voted prom queen.

The new leotard looks similar to a stunning pic Rebel posted earlier this month in a floor-length pink gown.

Matching the top part of the dress, it looks like the skirt might come off to reveal the sexy leotard look underneath.

Talking about her new lifestyle, Rebel told InStyle: “Now that I know I can do it, sometimes I feel sad that I didn’t do it earlier.

“Maybe I should have tried when I was 30, not 40. But everybody’s journey is different, and it’s not a race or competition.”