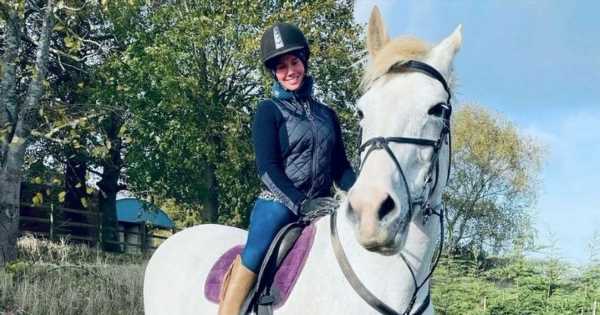 Rebekah Vardy's plans for a set of luxury stables have reportedly hit a stumbling block.

The star, who is married to footballer Jamie Vardy, is said to be keen to have new stables at the plush home they share in Lincolnshire.

But according to the Mirror concerns have been raised, with the couple reportedly being told by the South Kesteven District Council's environmental protection team that they have to "make provision for storage and removal of horse manure from equestrian activities".

While things are ironed out, the planning application is said to be on hold.

It has been a tough week for mum-of-five Rebekah, who has apparently been affected by the wildfires currently sweeping across Europe.

The brunette beauty has headed off on holiday with her children after the Wagatha Christie trial.

But it was reported that they were preparing to evacuate from their villa in Portugal following the terrifying bush fires in the country.

According to The Sun, the WAG could "see smoke everywhere" as the bush fires blazed nearby.

"It's been horrifying," an insider said.

"Their neighbours have all been evacuated and one by one residents are being told to leave their homes."

Becky has also posted a message on Instagram, in Portuguese, thanking firefighters who were tackling the blazes.

"Waking up very grateful to the fire department that works tirelessly risking their lives to save ours," said the star.

"Thank you, thinking of everyone. Very scary."

Daily Star has contacted South Kesteven District Council and a representative for Rebekah for comment.