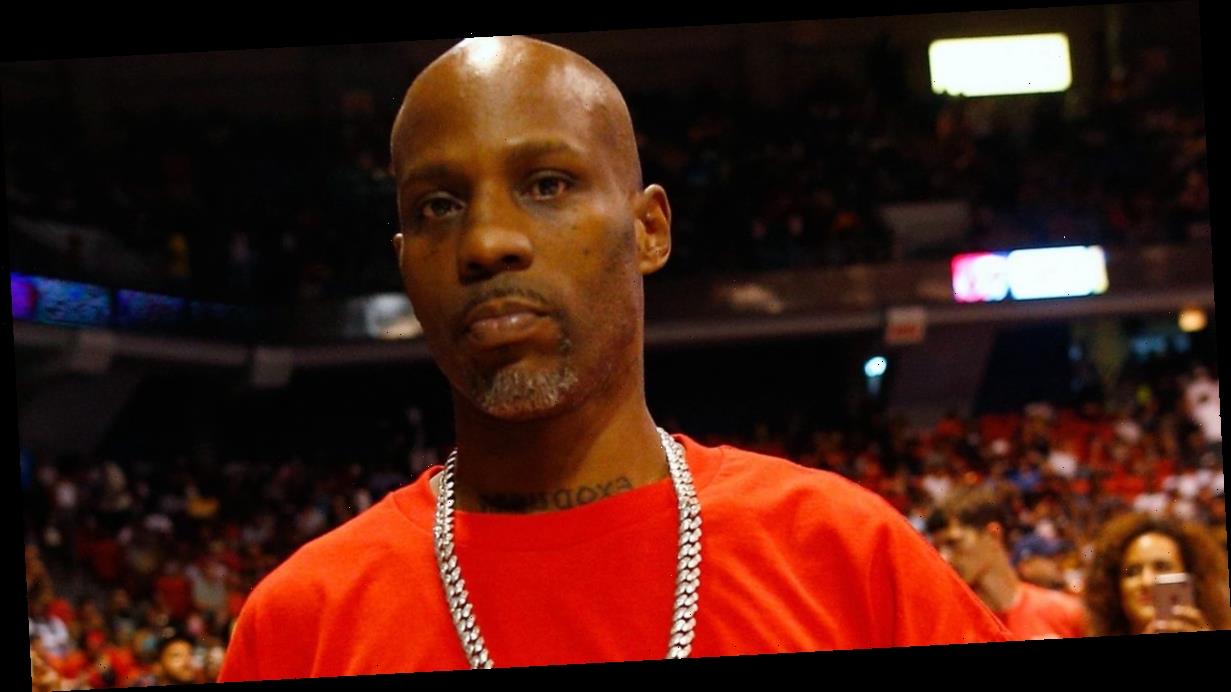 Rapper DMX has died at the age of 50.

A statement from his family read: ""We are deeply saddened to announce today that our loved one, DMX, birth name of Earl Simmons, passed away at 50-years-old at White Plains Hospital with his family by his side after being placed on life support for the past few days. Earl was a warrior who fought till the very end. He loved his family with all of his heart and we cherish the times we spent with him. Earl's music inspired countless fans across the world and his iconic legacy will live on forever. We appreciate all of the love and support during this incredibly difficult time. Please respect our privacy as we grieve the loss of our brother, father, uncle and the man the world knew as DMX. We will share information about his memorial service once details are finalized."

The X Gon' Give It to Ya hitmaker – real name Earl Simmons – was rushed to hospital after suffering a heart attack, which was brought on by a drug overdose, according to TMX.

It was originally reported by the US website that the musician had been left in a "vegetative state" and his lawyer confirmed his condition after the fact.

He added: "Earl is a sweet guy. Earl was a person who could tell such a story. He was a person with such depth. It's a heartbreaker."

DMX's rep said after his hospital dash: "Last night Earl 'DMX' Simmons was rushed to the hospital after collapsing at home. At this time he remains in ICU in critical condition. Earl has been a warrior his entire life. This situation represents yet another road he must conquer.

"The Simmons Family appreciates the overwhelming outpouring of heartfelt love, encouragement, support and prayers for Earl. Earl is someone whose life and music have been a source of inspiration and strength to so many people around the world. It is reassuring to see his fans return that same passion and energy to him during his time of need."

Mr Richman told US media that he did not know if the heart attack had been brought on by a drug overdose, though.

Dad-of-15 DMX has been very open about his drug use in the past, revealing in an honest interview in 2020 that it all started in his early teens.

Speaking on Talib Kweli's People's Party show, he explained he'd been given a "blunt" by a mentor, which had been laced with "crack", which "f***ed [him] up".

But he claimed that in that moment, the "monster was born".

He was in and out of prison for drug-related charges after that, as he battled a cocaine addiction.

In 2010 he was arrested for using drugs and violating the terms of his probation.

The following year, he had a jail sentence extended due to drug possession behind bars.

But he claimed in October 2011 that he had beat his drug addiction, saying he'd "let the cocaine go" so he could be a better father.

However he did admit that he was still using marijuana "every once in a while" as he was "always going to be an addict".

In 2016, DMX stopped breathing and had to be resuscitated in a hotel car park which was reportedly caused by a drug overdose.

A witness had said he ingested a substance before his collapse, though police found nothing illegal on the property.

Meanwhile, DMX said it was because of an asthma attack.

According to police, an on-hand medic administered Narcan, which is a drug used to reverse the effects of a heroin overdose.

In 2017, he cancelled three shows in California to go to rehab, and went to another facility later on in the year to continue working on his substance abuse.

Sadly, the musician has found himself in trouble for things other than drugs though.

He was released from prison in January 2019 after he served time for a guilty plea for federal tax evasion charges from November 2017.

DMX launched his career in 1984 as a beatboxer for local rapper Ready Ron.

He was signed to Columbia Records' Ruffhouse label in 1992 and released his debut single Born Loser, however he was dropped not long after.

Six years later he released his debut song with a major label – Def Jam – and got his first No1 album with It's Dark and Hell Is Hot.

His albums continued to hit the top spot on the Billboard 200 charts, with the 2003 release Grand Champ being his fifth consecutive to debut at No1.

After the album's release, he claimed he was planning to retire, however he continued making music.

In 2019, he signed a new record deal with Def Jam, reuniting with the label for the first time since his 2003 album with them.

He was married to Tashera Simmons for 11 years, from 1999 until 2010, when they split after he spent three years locked up.

His youngest child, Exodus, was born to his girlfriend Desiree Lindstrom in August 2016.