Over the last century, there have been some incredible rock guitarists. And now Total Guitar magazine’s readers have voted Queen’s Brian May the greatest of all time. The 72-year-old topped Eric Clapton, Eddie Van Halen, Jimmy Page and even Jimi Hendrix.

“I have to say it’s completely unexpected.

“Obviously I’m deeply touched that people feel that way about me.

“I’m not under any illusions that, technically, I’m even on the tree of great guitarists.” 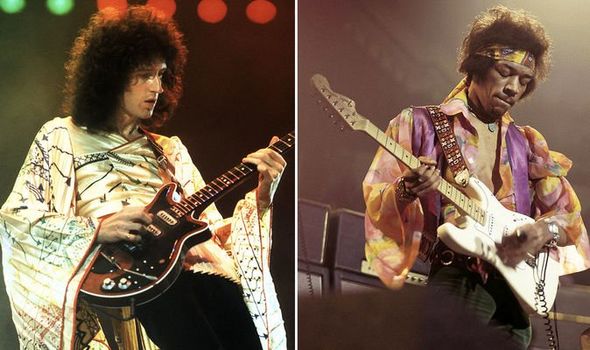 A taste of the contents of the new edition of ‘Total Guitar’ – the editor tells me “We have gone Brian mad !!” I’ll try to put a link in my bio. Bri

The Queen legend continued: “I guess this tells me that what I’ve done has affected people, and that means a great deal to me.

“I will never claim to be a great guitarist in the sense of, you know, a virtuoso.

“I guess I just try to play from my heart and that’s about.”

On beating Hendrix to the top spot, May said: “Oh my god! Well, it is very humbling.” 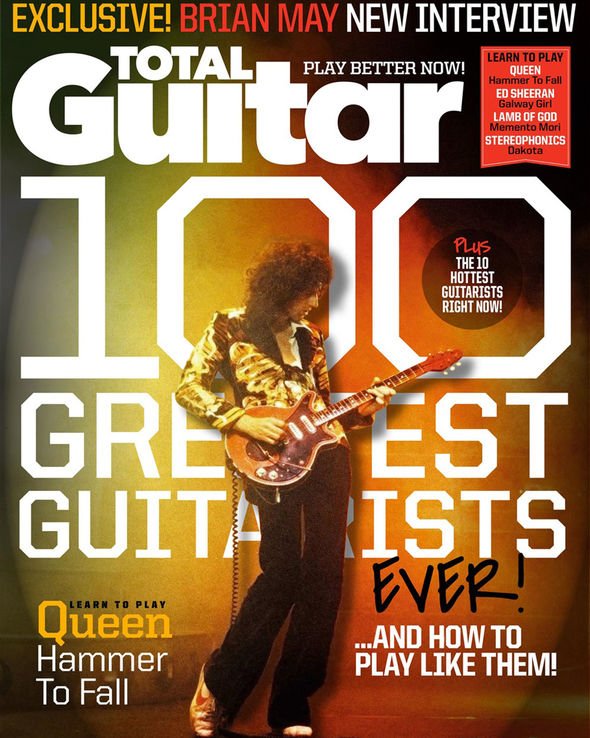 The 72-year-old said: “Jimi is, of course, my number one and I’ve always said that.

“To me, he’s something of a superman.

“It’s like he really did come from an alien planet, and I will never know quite how he did what he did.

“And every time I got back to Hendrix, I’m thrilled and stunned.”

May added: “And I get that feeling all over again, like either I’m going to give up playing guitar, because I can’t face up to this, or I’m gonna really have to get into it in a big way and try and do what is in my own body and soul.

“I never stop learning from Jimi. Strangely enough, these day I very seldom play his stuff but it’s kind of inside me anyway.

“Yeah, so I’m deeply honoured. I never would have thought the day would come.

“I know my dad would have had a wry smile on his face.”

Earlier this year, May shared the touching photo moment where his dad finally accepted his career.

On the accompanying picture, he wrote: “It shows my Dad and my Mum backstage at Madison Square Garden.

“As I recounted in my QUEEN in 3-D book, this was the moment when my Dad finally shook my hand and said ‘OK – I get it now’

“A big moment for me, because my Dad had until that point been unable to accept the fact that I had thrown away my scientific career to become what he called a pop star.”