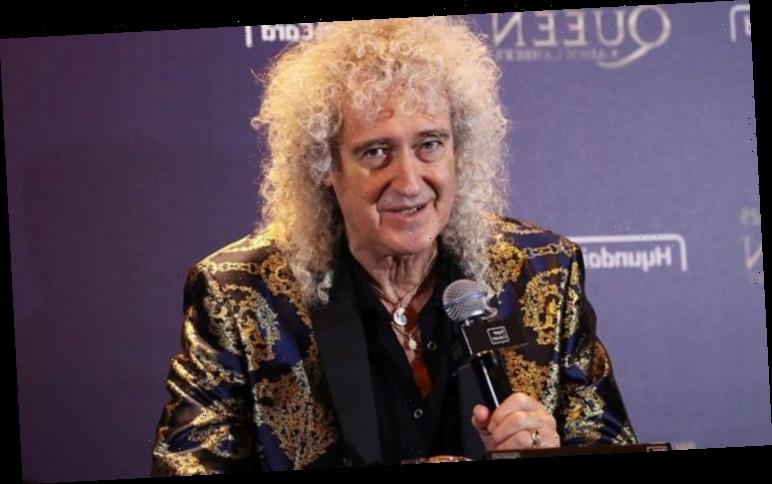 Queen + Adam Lambert’s ongoing Rhapsody World Tour might have been pushed back to 2022, but the show must, indeed, go on. Fans can watch their idol back in action this Saturday night. Brian has announced he is teaming up with long-time singing partner Kerry Ellis for the Rise Up With Arts concert, alongside a star-studded array of TV, pop and theatre favourites.

Brian said: “RISE UP WITH ARTS is a new venture, filmed in the delightful Turbine Theatre under the railway lines in Battersea last weekend. Kerry and I were there ! Socially distanced, but rockin’!!!

“Buy a ticket and contribute to helping our beleaguered Arts survive this difficult time.”

The Queen star also gave fans another major reason to tune in, with the promise of the premiere of his upcoming new music. 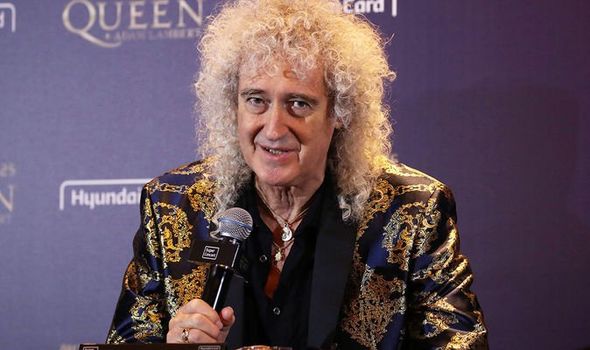 Brian added: “And you get to hear a preview of our new single! In a different form – live acoustic – but nevertheless containing our message – It’s Gonna Be All Right.

“So you’ll be ready for our live launch of the track itself on Sunday. Bri.”

He has been teasing the exciting release of the new song over the past week on his social media channels, which we now know will hit the airwaves on Sunday.

But before that, fans can look forward to the fabulous fundraising concert on Saturday.

The line-up includes Emmerdale’s Lisa Riley and Blue’s Duncan James, who has gone on to musical fame in shows like Legally Blonde and Chicago.

There will be fancy footwork from Strictly legends Kevin Clifton, Pasha Kovalev and Robin Windsor, plus former judge and choreographer Arlene Phillips. 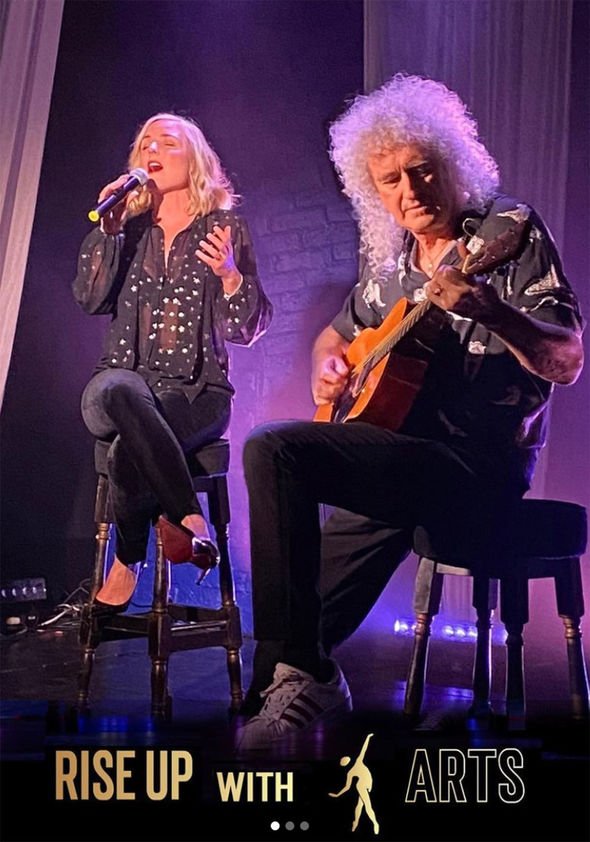 There will also be a special appearance from Patricia Ward Kelly, the wife and biographer of Gene Kelly.

The organisers said: “For any fan of performing arts, Rise Up With Arts promises to deliver just what you’ve been missing since the curtains came down on stages worldwide last year – the thrill of a night at the theatre, brought to you in the comfort of your own home – with sensational singing, dancing and inspirational stories from artists across the world and throughout the performing arts industry.”

The song It’s Gonna Be All Right (The Panic Attack Song) was originally released on Brian and Kerry’s 2017 album Golden Days.

Brian has been keeping details of the new release close to his chest, whether it is a reboot or an entirely new track.

All will be revealed on Sunday on BRIAN MAY’S INSTAGRAM.

Queen have also just started a video series called The Greatest which will countdown some of the most iconic moments in the band’s extraordinary history, with a new release every week on their official Youtube channel.

Rise Up For Arts tickets and information here.