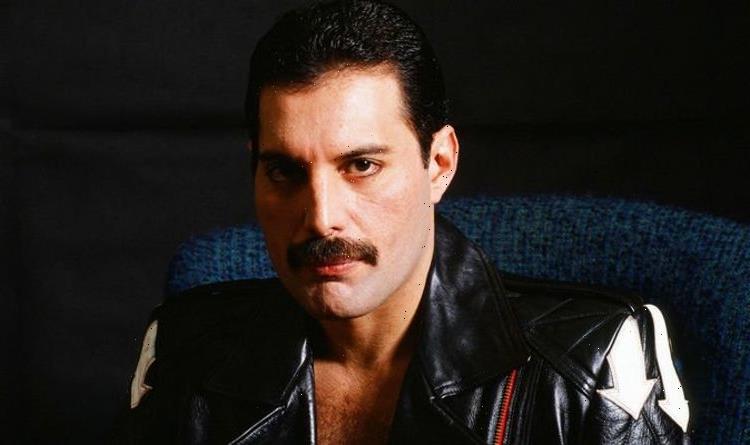 Watching Freddie at Live Aid, fist punching the air, thousands in the stadium and millions around the world in the palm of his hand, it is hard to imagine anyone more filled with life. And yet, just a few years later, he would be stripped of his energy and then his talent as HIV and then AIDS destroyed his body. But his spirit remained vital and vibrant until the very end – as an emotional new documentary reveals.

This year marks the fortieth anniversary since the Queen star was so brutally taken away.

It had been a slow decline and the star had been aware his life was ending. Although he forbade his Queen bandmates from talking about it with him, he faced his fate with his typical flair and courage, as many reveal in the new documentary.

Freddie Mercury: The Final Act will be aired on BBC2 later this month and a host of famous faces have given new interviews about their last moments with the Queen icon.

Bandmate Brian may said: “Freddie lived for his music and loved his music and he was proud of himself as a musician above ­everything else.”

Which makes the comments from his wife, Anita Dobson, even more poignant: “I remember he said ‘When I can’t sing any more darling, then I will die. I will drop dead’. And when he finished and sang as much as he could sing, he withdrew and got ready to die.”

Even as his health failed, Freddie had continued recording music, desperate to lay down as many tracks as he could.

In May 1991 he shot the video for These Are The Days of Our Lives before retiring to his West Kensington home and haven, where he would spend his final months safely secretly away from the world.

May described how, a few years before, Freddie had sat his Queen bandmates down and said: “OK, you guys probably know what is going on with me. You know what I am dealing with. I don’t want to talk about it.

“I don’t want to take any action apart from carrying on the way we are. I want to carry on making music for as long as f**king can. We will not dwell on it and we will go on.”

When that was no loner possible, Freddie retreated to One Garden Lodge, and lived his final months with his beloved cats and dear friends.

Select visitors like Elton John described how Freddie was full of wit and wicked observations to the end, bitching camply about David Bowie, while he ordered presents for everyone for a Christmas he knew he would never see.

His parents, Jer and Bomi Bulsara, and sister Kashmira visited but were not permitted to return once his health turn its final dramatic turn. Freddie was determined not to put those he loved through the suffering of watching his end.

He released a public statement the day before he died, confirming his AIDS status. Freestone says this gave him the strength to finally let go.

Freddie Mercury: The Final Act will be shown on BBC2 this month (time TBC), and then available on BBC iPlayer