As the UK goes into lockdown, celebrities around the world are trying to cheer up fans through their social media accounts. Most recently Queen drummer Roger Taylor has started some mini drumming lessons for beginners. The 70-year-old has been sharing his secret techniques and in his latest lesson played a John Bonham Led Zeppelin drum solo.

Taylor opened his “Basic beats with four beats to the bar” lesson with what sounded like a rendition of Immigrant Song’s opening.

The rock legend said: “That was a very old, John Bonham type thing.

“Such a great drummer. He really knew how to do it.”

He then went on to continue his two-minute lesson for budding drummers. 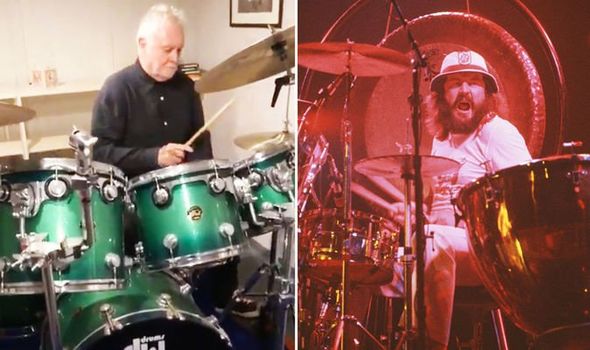 Tomorrow, mix in the secrets of the cymbals! @officialqueenmusic #DontStopUsNow

Taylor then ended the video with a big smile saying: “That’s enough for today I think.

“Thanks for watching again. This is really kinda a beginners guide to drumming and some of the basic facts.

“Maybe tomorrow we’ll go a bit more into bringing in the cymbals.

“And then bringing in the various tom toms…it’s a complicated instrument and there’s a lot of components to it.” 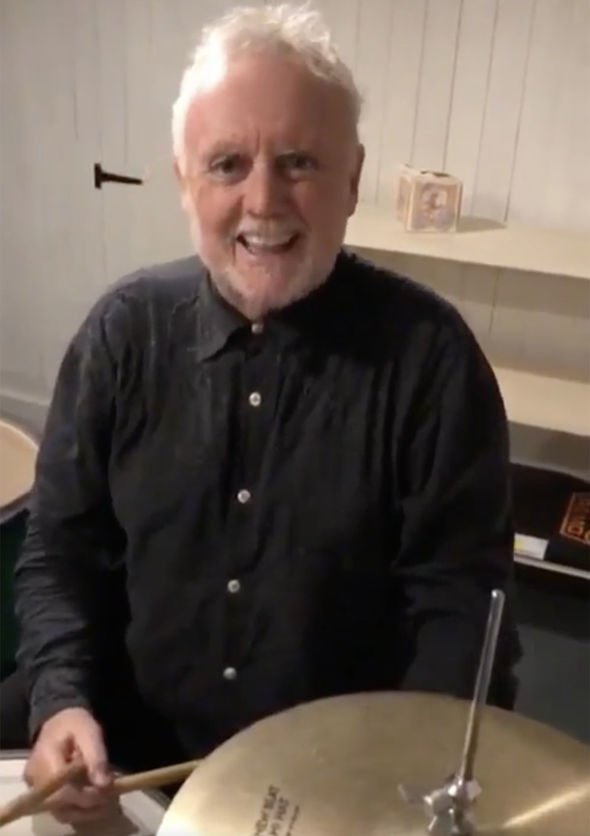 In the most recent leg of their Rhapsody tour before the coronavirus outbreak, Queen and Adam Lambert covered Led Zeppelin a couple of times during their set.

While at Adelaide Oval in Australia last month Brian May shared video clips of his stunning guitar solo during a rendition of Whole Lotta Love.

At the time, he wrote: “Here I’m doin’ my best Jimmy Page … the genius Zeppelin riff-maker is a constant inspiration. Vid by Pete on my trusty iPhone.

Both Taylor and Queen guitarist Brian May have been marking their most recent Instagram videos with #DontStopUsNow.

And presumably, it’s a cry with fans to stand up against the coronavirus virus by staying home safe.

While Taylor has been sharing free drum lessons, May has been performing micro-concerts on his account.

May has put one up every day over the last week or so.

However, in his latest video, he didn’t feel it was the right mood following the announcement of the UK lockdown by Prime Minister Boris Johnson.

However, May has promised more will follow in the coming days.