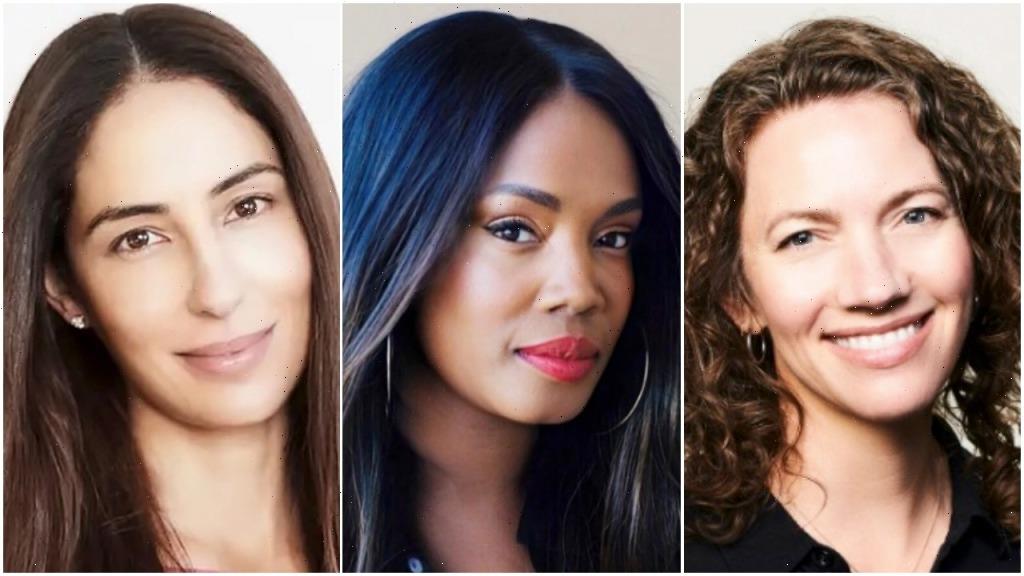 As the summer of 2021 drew near, the music world had high hopes for a return to something resembling “normal”: vaccines were becoming available, tours were being rescheduled, and people were bracing to return to the office in September.  Of course, life hasn’t returned to that level of normal, and the women on this list fought for ways to keep the entertainment business thriving, through online innovations, launching compelling content on any and all viewing platforms, championing artists and new voices coming up through the ranks.

Variety once again celebrates these women and their impact on the entertainment business, while recognizing that the past 12 months has nevertheless been a dynamic time for showbiz. The ongoing coronavirus pandemic has accelerated change, disrupting business models and personal lives. Still, the L.A.- based women on this list have found ways to innovate, and many are hopeful for the future.

In the less than two years since Butzky joined Warner, her big brand partnerships, activations and campaigns have included Dua Lipa’s national Lay’s commercial; Green Day’s NFL Honors showcase; Saweetie’s NASCAR, Jack Daniels, Sprite and HP partnerships; and a Bebe Rexha campaign with Walgreen’s that impressively coalesced in under eight days. But it’s the behind-the-scenes work that Butzky finds herself perhaps most in awe of. “I put together my dream team at Warner,” she says. “And the bond, working relationship, and overall drive to win could not be stronger. We’ve been able to reinvent how we do our jobs through the pandemic.”

Do you turn off your career when on vacation? “Never! Vacation is one of the times where I get to be reinspired by brands as you really can’t escape them. It allows me to think outside the box for new ideas to incorporate into music. Brands are all around us all the time.”

An icon since she won the first season of “American Idol” in 2002, Clarkson heads into Season 3 of her eponymous show, which recently won the Daytime Emmy for talkers (second year in a row) while Clarkson nabbed one for host. Clarkson’s hit yakker will take over “The Ellen DeGeneres Show” slot next fall. Clarkson joined NBC’s “The Voice” full time in season 14, and has coached three winning contestants, including the youngest female winner.

Challenges ahead: “The challenge but also the beauty of life in any industry is change,” says Clarkson. “I love change. I love progression and being innovative. I think the pandemic has really showed us all what we are capable of and where we need to show more gratitude, and get back to letting art lead the way as far as progression instead of money, especially in the entertainment industry.”

As head of urban at Columbia Records, Fant has “tentacles in every facet of an artist’s campaign.” Her hard work has certainly paid off this year, to the acclaim of artists including Lil Nas X, 24kGoldn and the Kid Laroi. What’s more, Fant works to include activism within her artists’ campaigns, as when Nas raised funds for the Bail Project through his “Industry Baby” music video.

Hope for the future: Fant strives for continued diversity in the industry. “Music is not a monolith, so we must truly foster allyship across the spectrum in order to yield the best results.”

Frazier’s powerhouse public relations firm, Biz3, is celebrating its quarter-century mark, while still high off the successes of two of the most impactful and highest-selling albums of the past year: the Weeknd and Lil Baby. Alongside her PR work, Frazier is also an Intl. Coaching Federation certified personal and professional coach (and recovery coach in training). With her complementary skills working in tandem, Frazier helps her clients with genuine growth in their careers while maintaining mental wellness.

Downtime prescription: “I know balance is what keeps you thriving. I’m protective of my downtime so that I’m really efficient and inspired when in work mode. Burnout is real and to be avoided.”

Since Gerson’s arrival at UMPG in 2015, the company has seen a 76% uptick in revenue, making it a billion-dollar business. Over the past two years, Gerson has signed and extended deals with marquee songwriters such as Bob Dylan, Taylor Swift, Kendrick Lamar and Brandi Carlile, and she executive produced music documentaries on the Bee Gees, Mary J. Blige and Woodstock. This year, Gerson will lead UMPG through UMG’s IPO, the biggest one in music history, while spearheading the company’s global growth in
key markets.

Is vacation time really down time? “I check my emails and stay in touch with the office, but I promise I relax. I love my job and the people I work with, so my reason for not disconnecting fully comes from the right place.”

Joshua’s tech-savvy leadership has put UMG at the intersection of music and technology, resulting in revenue jumps for the company. In the past year, Joshua led UMG through blockchain-related initiatives including NFT projects and digital marketplaces that in turn established a stronger connection between fans and artists. Both an early adopter and an innovator, she has played a key role in growing subscription revenue, user-generated content and e-commerce for UMG.

What lies ahead: “Tapping into the continued growth of digital goods and decentralized marketplaces represents a huge opportunity for the entertainment industry. The challenge will be how to quickly respond to new technologies and this very important community.”

LaPolt’s advocacy took on major music industry challenges this past year. She put her formidable talents and connections to push for the inclusion of non-corporate entities and individuals into the federal COVID relief legislation packages of the Cares Act and the Heroes Act. LaPolt also assisted with the creation of the musiccovidrelief.com, geared toward helping music creators and independent contractors apply for coronavirus relief federal aid. Additionally, as a board member of Songwriters of North America, she helped establish an assistance fund, which provided emergency grants to songwriters facing economic hardship.

What’s ahead: “Trying to bring back touring and live events in a safe manner where tour personnel are safe and they don’t continue to be super-spreader events.”

Marshall turned the pandemic into a positive for the music creators at WCM. Along with her co-chair and CEO, Guy Moot, she established income streams through licensing songs for virtual concerts, fitness apps and video games, resulting in a 21% increase in revenue year-over-year. Marshall was also instrumental in rolling out the publisher’s new global business strategy, breaking down silos and reorganizing teams to boost collaboration and transparency.

Finding personal time: “It’s become increasingly harder to find the time to sit down and read a book or watch a show. I love that I can listen to an audiobook while out walking, when washing dishes, or really whenever I need a quick break.”

“In usual times everyone is running a mile a minute,” says Reinhold, who represents more than 15 festivals and tours worldwide. “I find that the shutdown has given people a respite, a time to reflect on the industry as a whole.” Reinhold worked with Congress and the National Independent Talent Organization to enact grants for shuttered venue operators. As the live music industry navigates its reopening, Reinhold will kick her negotiation work into high gear for clients including C3 Presents, Live Nation, Austin City Limits, Bottlerock, Bonnaroo and Lollapalooza. On tap: the Global Citizen Live event.

If you could change one thing in the entertainment industry, what would it be? “10,000 drones holding up a tarp so music festivals don’t get rained out.”

Swiatowy knows the power of a perfectly paired song. Take, for example, the soundtrack for the Oscar-winning film “Promising Young Woman,” which she co-curated and produced. Before the film’s release, it stirred up social media with the trailer’s eerie orchestral version of Britney Spears’ “Toxic,” and its feature of Paris Hilton’s “Stars Are Blind” caused many to revisit her 2006 album. Swiatowy considers the soundtrack a career highlight.

Job satisfaction: “When the stars align for these placements, they take on a life of their own and are remembered and then rediscovered for years to come,” Swiatowy says.

Gavin says she’s “most proud of Electric Feel working together as a team” to develop and break management clients 24kGoldn and Iann Dior with “Mood,” as well as publishing client Omer Fedi and management/publishing client Blake Slatkin. Gavin notes, “It was such an exciting year for the company despite all of the challenges we faced with COVID.” The key to her success, she says, is immersing herself in every step of the creative process before a release. Gavin strives to “bring back more authenticity in artist discovery.”

The duo help sign and nurture top songwriters as part of a roster including Andrew Watt, Finneas and Max Martin. This year’s highlights include signing Erykah Badu to a worldwide admin deal and seeing 2016 signee Kali Uchis have her first No. 1 on Billboard’s Hot Latin chart with “Telepatia.” Kinelski says her favorite part of the job is discovery. For both parties, it’s their synergy that keeps things running smoothly. “We share the same passion for music and drive to close deals,” Tschogl says, while Kinelski praises her partner’s advice, adding: “She also keeps me laughing every day!”

Never mind that touring and live events were halted for yet another year, the Nashville-based agent brought artists and fans together in virtual spaces. Dominic Fike’s first live performance of his debut album happened on an extended-reality (XR) stage for Fortnite’s more than 350 million registered users. Jason Derulo’s partnership with Jack in the Box leveraged his 46 million TikTok fans, by bringing a version of his “Milli Meals” to life in the chain’s virtual restaurant space. “Setbacks give us the opportunity to innovate,” Schoch says. “As live music comes back, I’m excited to see how the new formats we’ve created will augment traditional shows.”

Unsung heroes? “Every member of our music brand partnerships team. I don’t think we could have survived the past two years without each other.”