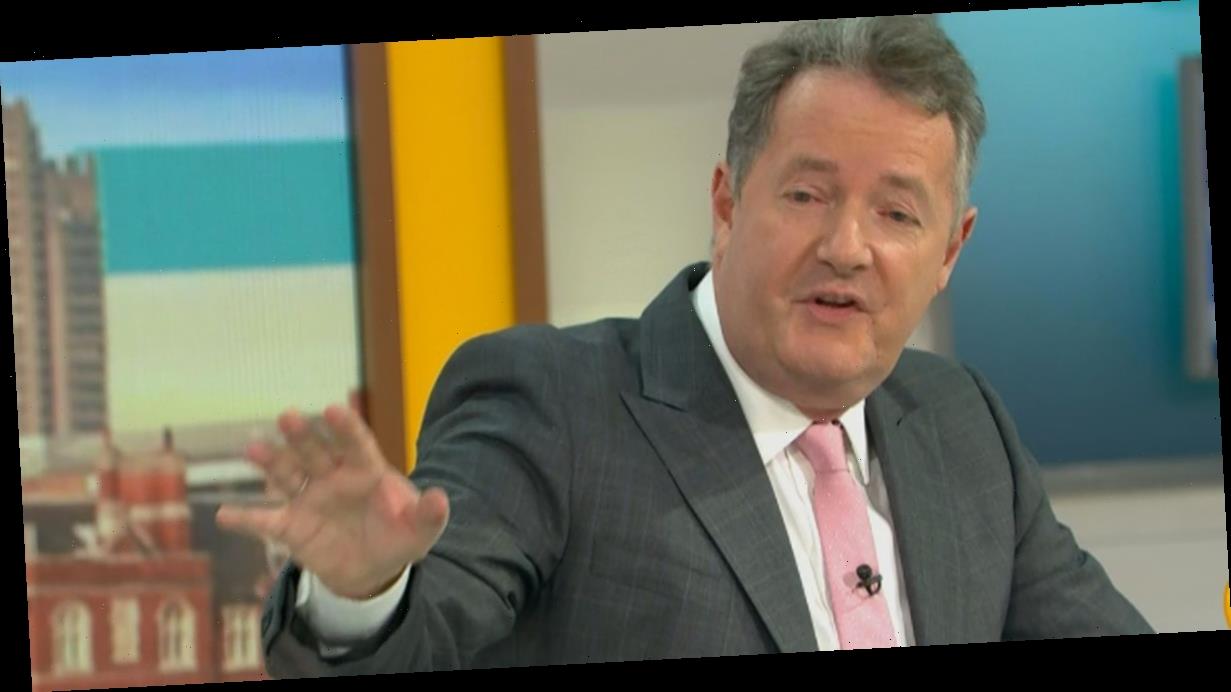 Piers Morgan has spoken out on the flood of Ofcom complaints ITV has received over his coverage of Meghan Markle's interview with Oprah Winfrey on GMB.

The watchdog confirmed on Wednesday evening they had received 57,000 complaints regarding March 8's installment of Good Morning Britain, which saw Piers say he didn't believe "a word" Meghan said.

It has broken an Ofcom record, signalling the highest-number of complaints ever received by the watchdog in its 17-year history.

Reacting to the news of the Ofcom complaints, Piers retweeted a news article and claimed the "vast majority" of the UK supported his views.

He said: "Only 57,000? I’ve had more people than that come up & congratulate me in the street for what I said. The vast majority of Britons are right behind me."

An Ofcom spokeswoman previously confirmed they were investigating Piers' coverage of Meghan's interview with Oprah, following the onslaught of complaint from viewers.

They said: "We have launched an investigation into Monday's episode of Good Morning Britain under our harm and offence rules."

Previously, Jade Goody's race row on Celebrity Big Brother earned the highest number of Ofcom complaints, tallying to a total of 44,500 back in 2007.

The Duchess of Sussex, who is currently expecting her second child with Prince Harry, complained to ITV about Piers' coverage of the interview.

ITV's Royal news correspondent Chris Ship confirmed Meghan had complained about comments Piers had made about her mental health and expression of suicidal intent.

He said: "Meghan raised concerns about how @piersmorgan's words affect the issue of mental health and what it might do to others contemplating suicide."

Meghan's revelation sent shockwaves through the globe after the interview, which saw the mum-of-one bravely speak out on her mental health battle.

She told Oprah: "I just didn't want to be alive anymore. That was a very clear and real and frightening constant thought."

On last week's GMB, Piers reacted to these remarks by saying: "Who did you go to? What did they say to you? I'm sorry, I don't believe a word she says, Meghan Markle."

ITV's CEO Carolyn McCall defended Meghan, later saying in a statement: "I completely believe her when she says that and, importantly, everyone should."

The next day, Piers appeared to retract the comments he had made, saying: "When we talked about this yesterday, I said an all-encompassing thing I still don't believe what Megham Markle says generally in this interview and I have serious concerns about the veracity of a lot of what she said.

"But let me just state my position on mental illness and on suicide.

"On mental illness and suicide, these are clearly extremely serious things and should be taken extremely seriously and if someone is feeling that way they should get the treatment and the help that they need every time.

"Every time. And if they belong to an institution like the royal family they should seek that help and be given it. It's not for me to question if she felt suicidal, I am not in her mind and that is for her to say."

During the same episode, he stormed off set when his colleague Alex Beresford confronted him about his treatment of Meghan on the show, accusing him of "trashing" her.

ITV confirmed Piers would not return to GMB on Tuesday evening, saying: "Following discussions with ITV, Piers Morgan has decided now is the time to leave Good Morning Britain."